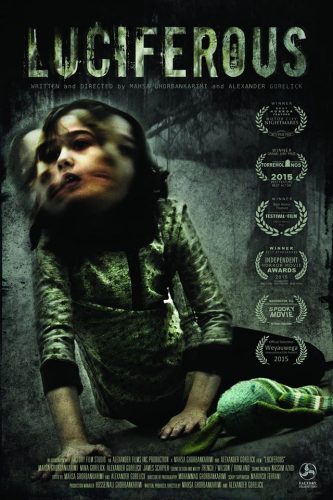 A real family is targeted and manipulated by a malicious force determined to prove that every man, woman and child is at risk of malevolent possession.

Hollywood horror films are essentially dead. We only get a few a year and they all follow formula which in turn makes them rather dull. Over the past few years, I’ve really been keeping my eye on the indie horror scene, it’s where the magic is currently happening. That’s not to say all the films being made are good, many are not, but what has been catching my attention is the risk taking, thinking outside the box. One thing Hollywood is afraid of doing is trying something different. So whether I like a film or not is almost irrelevant, it’s the fact these filmmakers are at least trying to breathe some life into a dying genre. LUCIFEROUS is an original film, it takes risks, and thinks outside the box. It doesn’t always work but it’s an interesting experience, one worth taking even though the final product ends up being only decent.

Mahsa (Mahsa Ghorbankarimi) and Alex (Alexander Gorelick) are a busy couple who live in a high-rise apartment with their seven year old daughter Mina (Mina Gorelick). They live a life together that’s best described as being normal. Everything they do and say are things you probably do in your own homes. Alex is in a horrible accident and suffers a serious head injury. On his road to recovery, mysterious things begin to happen around their home. As the tension begins to build around them, a strain is put on Alex and Mahsa’s relations, as well as the one with their daughter. The things happening are unexplainable and Mina is growing afraid of her own father. The only explanation they have for the mysterious happenings is that there’s an unseen force that has made its way into their home. Trying to keep his last bit of sanity, Alex begins to make a series of videos to document and make sense of what is happening but evil is far stronger than any mortal man can handle and if they can’t band together as a family, it will eat them whole. 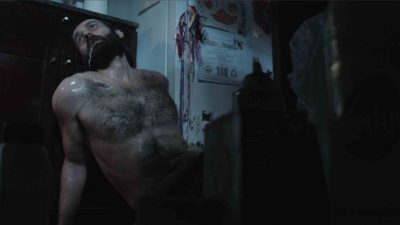 LUCIFEROUS thrives on its gimmick, it’s the reason this film even exists. Mahsa, Alex, and Mina are a real, honest to goodness family. What works best in the film is their relationship and how they interact with one another. The family dynamic is there and you’re truly drawn into their lives because this is actually who they are. Aside from the fact they call each other ‘baby’ on a non-stop basis, this is a good and happy family. Little Mina steals the show, her performance is gripping, believable, and somewhat frightening. No one wants to see a child tormented and she’s very good at toying with our heartstrings. 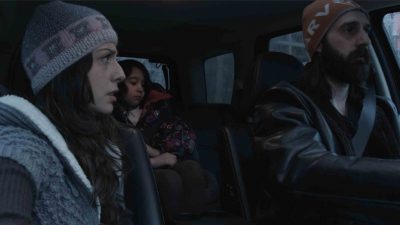 I appreciated all that was being done in the film but overall, I think it’s a little heavy-winded and falls flat. Mahsa and Alex also wrote and directed the film together. They get credit for doing something different, for trying to be original. This is why I will give the film a favorable review. It’s an experimental film in different ways so I will always credit filmmakers for not trying to replicate something else and doing their own thing, sharing their own voices. Some folks might be all over the twist ending but it only partially worked for me. It’s short on scares and moved slowly in a few spots. 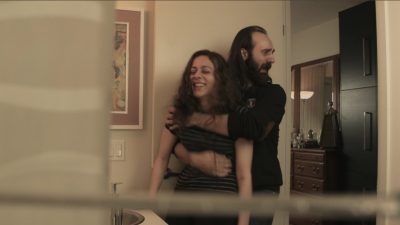 LUCIFEROUS is an original film and while much of it didn’t work for me, much of it does and it’s a treat to see filmmakers being original. The fact you get to see a REAL FAMILY being tortured by an unseen enemy in a movie could be quite gripping, the slow burn felt a little too slow through much of the runtime. The acting was above average with young Mina being a highlight, the film misses out on being a truly terrifying experience when it decides to take some questionable turns during the final act. It’s still an interesting journey and I would recommend you take it and show support for a film I would qualify as being fresh. *** (out of 5)