I’d like to take this opportunity at this time to wish a blood curdling welcome to horrornews.net my guest, makeup artist extraordinaire Ms. Mandy Leigh Grandmond. Mandy your creations have been spreading like wildfire on each Instagram, twitter and Facebook alluring tremendous attention. But let’s go back to the beginning. Did you know you always wanted to be a makeup artist? 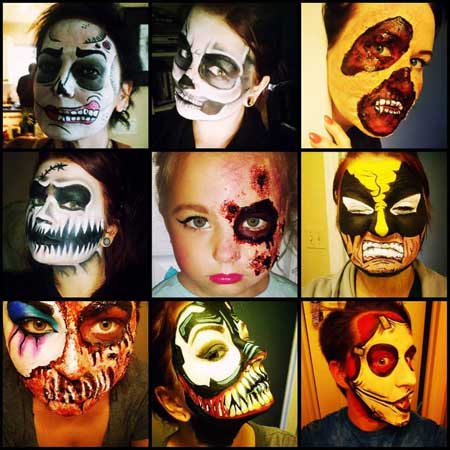 DG: A great deal of your work has an undeniable horror theme. In each the makeup and special effects field and as well as the overall horror genre who have been your most prominent influences?

MLG: That’s a good question. Freddy Krueger’s face, that beautiful mess. Chucky for sure. Pretty much anything that scared me shitless as a kid makes me want to redo and scare the shit out of other kids (laughs).

DG: So the stuff that kind of resonated with you as a kid, you try and transcend that into your current work?

MLG: Yeah, the nitty-gritty, the back in the day, the real deal special effects like the grossest shit. That stuff. 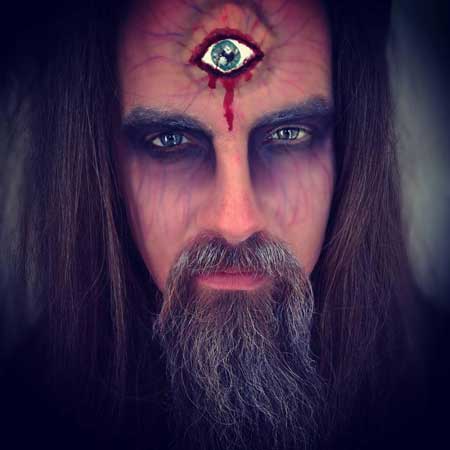 DG: Let’s talk about the creative process. What inspires a specific look? Can you envision a final result prior to any actual application takes place?

MLG: That’s actually a really good question because I could be watching a movie and think to myself, yeah this is what I want to do. The idea I have in my head before I actually start any makeup is almost one hundred percent of the time not what the final result is. But either way I’m happy with it. I may think to myself I want him to look one way and this. Sometimes you have to cut out a couple of things because of time or lack of the right supplies. Other times you add on things and think oh this would look cool like this instead. It usually changes but I do have a finished product in my head at all times.

DG: So I get the impression you have to improvise a lot and often times what you envision in your head doesn’t always necessarily come out the same way. Are you ever more pleased with the way it turns out than the way you thought it was going to be? Or are you ever disappointed it didn’t turn out quite the way that you had thought it would?

MLG: It’s about a fifty-fifty with those outcomes, you know? You hate something until you learn to love it and you love it until you hate it. Sometimes I just have to let it sit there for a while and see if I like it or not. Your own worst critic is yourself. 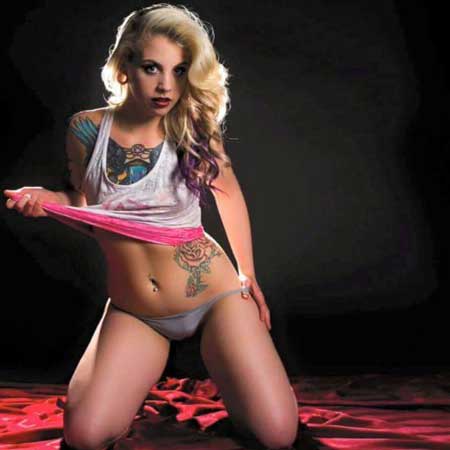 MLG: You often hate everything you do anyway. Until everybody tells you how good it is then how could you not but say thanks? (laughs).

DG: Oh absolutely. What would you credit as your most outstanding or ambitious look to date?

MLG: The eye (pictured below). The third eye that I did on you. It was ambitious because I had never painted an actual eye before, the iris. I was excited to do that…mixing colors….it turned out even better than I thought it would. It was really cool. Really phenomenal. Best Valentine’s Day of my life (laughs).

DG: No doubt. What are some of the obstacles or do’s and don’ts if you would, as they apply to each specific model?

MLG: Last night a good example would be a drag make up look on my friend Steven. He has the bushiest eye brows of anybody I’d ever met. I had the hardest time blocking his eye brows. I do it on myself but I trim my eyebrows. I didn’t realize how kempt my eye brows were until I had to tame those bad boys. It took us a good two hours of plucking his eye brows and the end result was still pretty bumpy. 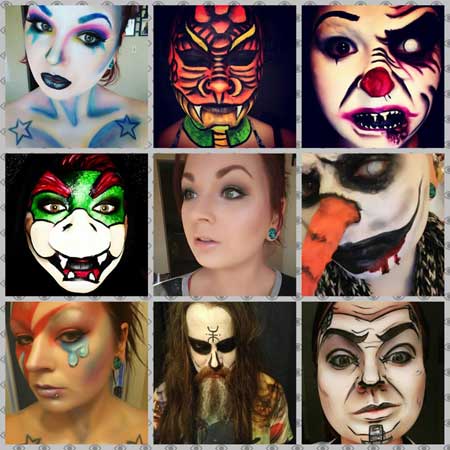 A lot of times you have to take into consideration that the normal techniques aren’t going to work for everybody. I’ve used liquid latex on a four year old, not knowing how bad it can be for the skin. Luckily for her she has tough skin but people with sensitive skin can’t handle it because it contains ammonia.

DG: So you kind of have to modify your style and technique as you go along, depending.

MLG: Yeah you just have to familiarize yourself with all the different mediums. Lots of trial and error as it goes.

DG: The month of June is faring up to be a momentous opportunity for you.  Each the book release launch event for Morbid Metamorphosis and the Niagara Falls Comic Con/Falls Horrorfest are on the brink of being unleashed. What can prospective models anticipate?

MLG: Well….whatever they want (combined laughs). This past year I’ve improved so much I feel like you can expect something vastly different than what you could have last year.

DG: A lot of people going into the Niagara Falls Comic Con, if they were to approach you and had a specific idea in mind or a snap shot of something that they wanted you to do would you be able to accommodate that based upon a whim?

MLG: That’s actually the best approach for me. I can be inspired so many times but having something to look at as a reference enables my drawing techniques. Coming up with something from scratch would definitely be a lot harder. So I actually prefer someone to already have a good idea in their head of what they want before-hand. What I can come up with on the top of my head isn’t always necessarily quite what that person may have had in mind.

DG: Certainly not remaining exclusive to the horror or fantasy realms your endeavors are also well known among local photographers as well as being put into the emergence of Niagara’s wedding season. How can prospective models contact you for queries about your work?

DG: What’s on the horizon for the remainder of 2016? Where do you see Makeup by Mandy Leigh this time next year?

MLG: Next year I hope to have my own office space. That’s my number one goal I’m working towards. I’m working on a secret project right now that I can’t divulge much on at this time. For the remainder of the year I just have to work on my stage fright, my body painting, my skills and techniques. I just have to be motivated and continue to work as hard as I can.