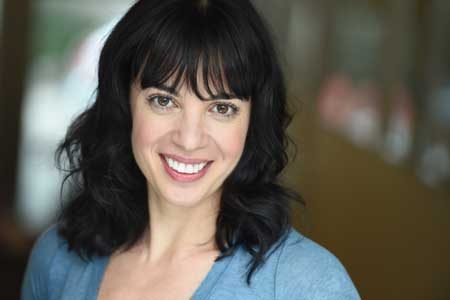 You portray Paige in “Alienated,” how did you prepare to play the character and how did the process of starting to work with director Brian Ackley go?

Jen: It was kind of funny because he wasn’t here in New York, he lives down South. The other actor George and I. There was Taylor Negron who is also in the film but all my scenes were with George (who portrays Nate) so after I talked with Brian Ackley (Director) a bit on the phone, I said is it okay because George and I want to start getting together. We just had a couple conversations with Brian so really it was upon George and I to kind of meet and talk through the script. We kind of hoped that our limited conversations with Brian that we were all on the same page and we just started working. George and I met for a couple weeks.

We only had like two weeks once we found out we had the role to actually rehearse and then we were going to start shooting so we just met every day for the two weeks prior to shooting. We just starting going through the script and talking about our character and trying to get to know each other because we didn’t know each and this couple has been married for we assume seven to ten years in the film so that is where we started. 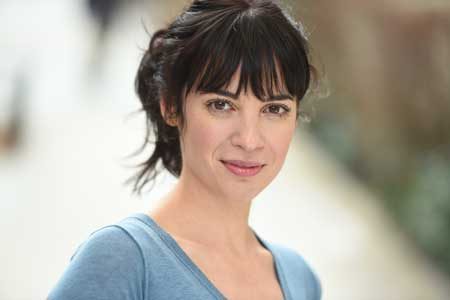 What was it like for you working with Director/Writer Brian Ackley?

Jen: We met the day before we started shooting. We met for coffee, the three of us and talked about the characters and where George and I had come along in rehearsal and yeah he told us the struggles that each of them (characters) had, the stresses that they had with the other partner, the stresses that they were dealing with themselves. Once we got on set, after the first take he said how you felt about that, he was just so great. If we felt comfortable, if we wanted to explore or any other options if we wanted to do something differently. Then he would say this is what I thought, this was on track with what I imagined for this or hey this is going a little too far this way, let’s try another way. He was really hands on but at the same time you felt like you had the freedom to try and do whatever you wanted. It was pretty awesome, kind of the perfect scenario really. 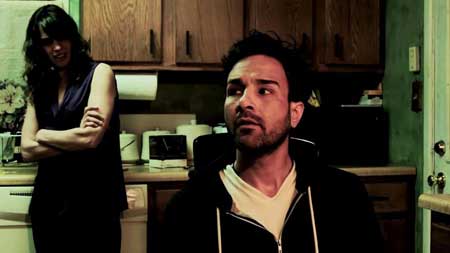 What challenges did you face filming “Alienated?”

Jen: I think time was the biggest challenge. We knew we had to shoot, I guess it ended up being over one hundred minutes when we shot everything and we only had five days. We have to get this done. There was a bit of pressure. That was a little stressful but because everyone made the environment so comfortable you were able to kind of ease in to that first take. It really helped that we were all living in that same house. It was a tiny house in Jersey.
When all of you were filming were there green screens or was everything filmed naturally on location?

Jen: We were on location for everything. Yeah there was no green screen for anything. Any special effects or anything that you see on screen was done in post. 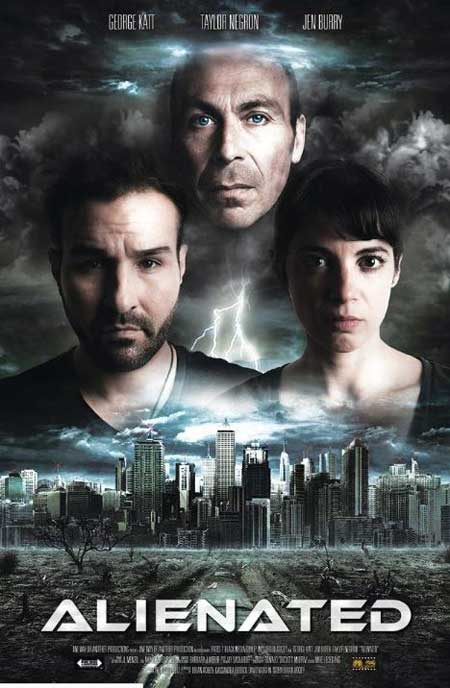 Jen: I just did a short film. I just finished that the last two days and I don’t know. I auditioned for a lot of things. So right now I do not have anything lined up and it’s kind of great because with “Alienated” this month with promoting it. The screening is this weekend in New York. 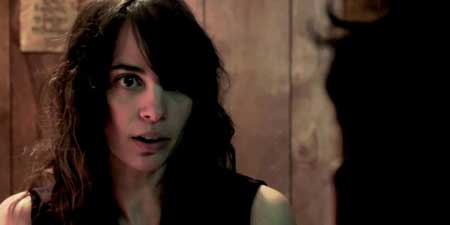 What advice would you offer to fellow actors that would like to maintain a long-term career in this business?

Jen: Persistence, you have to love the everyday work. It is the auditioning, keeping in touch with people, it is the working on stuff on your own. It is taking classes and workshops like that makes up the most of your year. “Alienated” was amazing to work on but that was only five days of work so it is like a commercial is one day of work when you get it. It feels great to get it and you get to work with amazing people but then the next couple weeks are auditioning again. 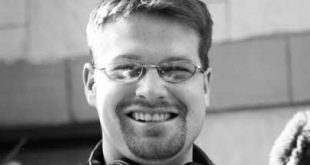