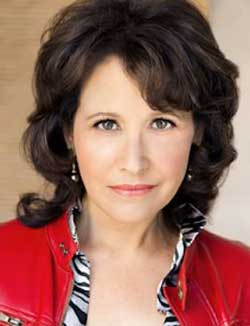 Actress Tammy Kaitz stars in “The Bone Garden” directed by Matt Winn. The film also stars Tracie Savage, Ron Millkie, April Monique Burril and Terry McConnaughey. Tammy is immensely talented and so wonderful to speak with. She took time out to speak with Horrornews.net for an exclusive interview.

Tammy: There really wasn’t any time at all. I got a phone call from Tracie Savage (“Friday the 13th Part III”) who I have been an acquaintance of for many years. Every couple years we would run into each and it just so happened I had seen her the month before so I guess I was fresh on her mind. We have a mutual friend. Tracie called and I was surprised to get a phone call from her and she said what are you doing, it was like on a Wednesday and she said what are you doing next week? I said I don’t know? Why Tracie and she explained to me that Mike Gutridge was an old friend of hers and he was an editor at NBC when she was a newscaster and his passion was always to make a horror film. For two years he wrote the script and he got four “Friday the 13th” alumni cast in the movie. He pulled everything together, pulled funding and was making this movie.

What was it like working with director Mike Gutridge?

Tammy: Mike came over to meet me and there was this feeling of what happens if he doesn’t like me like what happens? Here he is just taking a leap of faith based on chatting on the phone. We had talked about my background and stuff like that. I did have a moment of what happens if he thinks I am completely wrong for it but he is a doll. He is hysterical, he could do stand-up comedy. He is a very funny guy, he’s a very generous man in terms of artistically listening. He knew exactly the kind of movie he wanted to make. 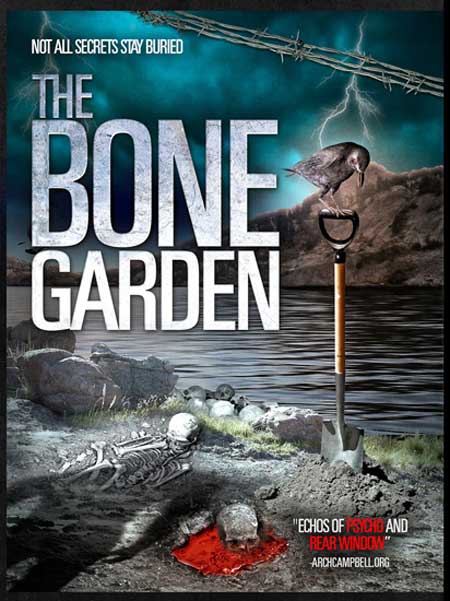 Did you have any strange experiences or face any challenges during the film?

Tammy: The one scene where you see me swing the ax. I’ve never had these moments where I feel like such a girl. I don’t stop and think of that. I truly was swinging the ax like a little girl, it was heavy. I had never swung an ax before, the first time I picked it up and we practiced. I was not holding it right, it was quite comical. They said you’ve got to hold it with more power.

They had to give it the weight even though it was a dummy ax. There is a scene in the movie that we actually shot my first couple days where I open up the truck of my red hunk mobile convertible that I got in my divorce settlement and you see the heads of my past conquest in the trunk of my car. There was a great big long box almost like the kind if you are moving and you would store your hanging clothes. They had a coupe holes cut in and the two young men that Tracie and I pick up in the bar but you see that I end up taking both of those men home. They were all made up to look like heads that have already been cut off. They got down on their knees and put their heads up through the box and the make-up artist, they put all the stuff that they needed to around those heads and then they actually had live worms. The two actors had to just freeze and hold their breath and the actually put live worms on their face and shot a minute worth of tape. I was just standing there watching this going oh my god, I am doing a horror film because I had never done a horror film before.

Are you a fan of any horror films or directors?

Tammy: I have to admit that I am kind of a scaredy-cat. They only Horror film that I can ever remember seeing is “Play Misty for Me” with Clint Eastwood and Jessica Walter and I sat next to my mom and I dug my nails into her arm so much that I left marks. To me it was the scariest thing I have ever seen. No I have never been one to actually go to horror films and watch you know or have any sort of following of any directors.

What was it like for you working with the cast and the crew?

Tammy: The cast and the crew were, I don’t know if it was because it was on location and it didn’t have an L.A. vibe? There was just this comradery from everyone. It was such a great feeling.

What advice would you offer to fellow actors, artists etc. to maintain a long-term career?

Tammy: Well if you look at my career that is absolutely true. I have had chapters in my life where I get amazing jobs and then I do not work for a long time. I think young actors if they truly in their soul embrace the fact that they are an artist, if you say you’re an artist and you really in your head and your soul and your being see yourself as an artist you know that an artist doesn’t stop painting because they don’t sell something. They are constantly working on their craft and sometimes they will get attention in a gallery and there is no rhyme or reason and in terms of acting it could be who you know, being in the right place at the right time. I am thrilled that Mike wants to work with me again on his next film that he will be making. I feel like I will be doing this forever. I daily work my craft. Just keep challenging yourself.

Tammy: A couple weeks ago I shot another indie film called “Grief” and I am going out tomorrow on an indie film which is a project written by someone who I shot a film maybe three, four or five years ago. The script is so magnificent. It is a two person short.