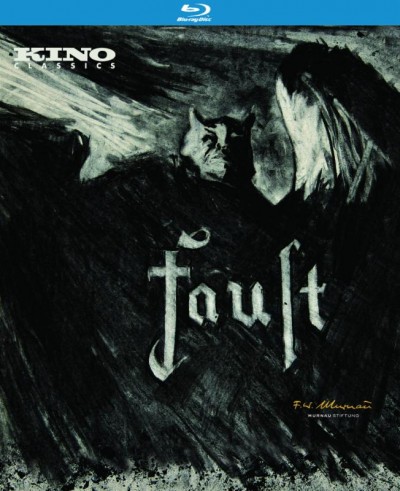 The Devil and an Archangel are locked in a wager to see who will win a bet.

German film director Friedrich Wilhelm Murnau, usually known as F.W. Murnau, directed a total of 22 films in his life which was cut short when he was only 42 years-old. Riding on the Pacific Coast Highway (PCH) in 1932, his 14 year-old driver(!) crashed into an electrical pole, with the director hitting his head and succumbing to his injuries the following day. The PCH also took another favorite genre director from us 75 years later when Bob Clark and his son were killed by an inebriated, twice-deported illegal alien from Mexico. These unfortunate and terrible turn of events have robbed audiences, and the loved ones of those lost, of people with a passion for their art.

Herr Murnau’s early demise makes us wonder what films he might have gone on to make had he lived. Of the total number of films he directed, approximately eight are considered lost at the moment. His most well-known works are The Haunted Castle (1921), Nosferatu – A Symphony in Horror (1922), Faust (1926), and Sunrise (1927). Faust is now available from Kino Lorber in a DVD and Blu-ray combo pack.

Faust, which is the German word for “fist”, concerns the demon Mephisto (which is short for the mouthful “Mephistopheles”) who is in a war with an Archangel and wants control over the entire world. In order to do this, he convinces the Archangel to wager a bet that he can corrupt and destroy the soul of any man. The Archangel, however, already knows what the outcome will be and agrees. 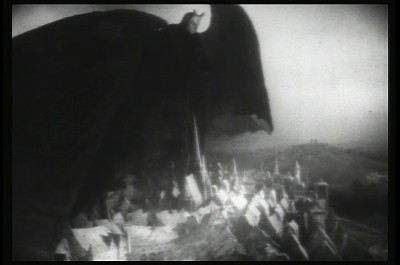 Mephisto arrives on Earth and overruns a small village with contagion that kills many people. Faust, an elderly alchemist, prays to God that the plague will be lifted, but to no avail. Dejected, he burns his books. One of the books depicts a procedure for achieving lots of power by making a deal with the Devil. He has a change of heart and follows the instructions, and when he meets Mephisto, he decides to make a deal that lasts 24 hours, just the amount of time that the hour glass lasts. Faust believes that he can now help the people, but he fails. It isn’t long before Faust wants earthly pleasures and signs away his immortal soul to the Devil. 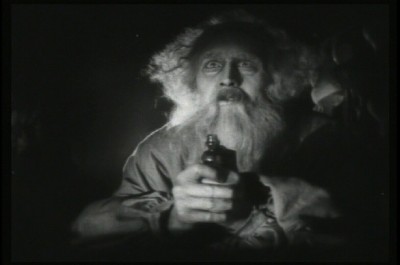 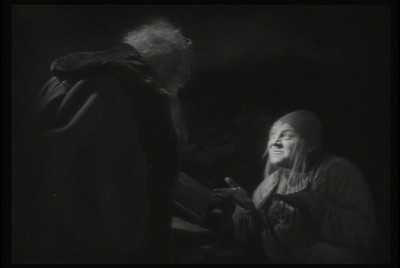 Faust is then tempted by the charms of a beautiful Italian Duchess who is due to be married. Faust takes her away, and conspires with the Devil to off her groom. Unfortunately, the hourglass runs out while Faust is being intimate with the Duchess, giving the Devil the perfect reason for Faust to make the 24-hour deal a permanent contract. Later, however, Faust is attracted to a young woman named Gretchen. This being the mid-1920’s, frolicking outside the societal construct of marriage is regarded as a big-no-no, and when Gretchen’s mother catchers her daughter with Faust, she dies of shock. When Gretchen’s brother, Valentin, finds out, he challenges Faust to a duel but instead is stabbed by Mephisto; Mephisto and Faust escape. By the end, Love triumphs over Evil, and the Archangel wins.

During the home-video boom of the mid-1980s, my friends and I spent a great deal of time in our local video stores, reading the synopsis of movies off the backs of the respective video boxes. Unless we had access to books on horror films or Fangoria Magazine, these video boxes proved to be our only method of discovering and reading about obscure and difficult-to-find genre titles. I was fortunate enough to have friends who, even if they weren’t big on silent films, still watched them with me. Silent movies are not everyone’s cup of tea but the horror films made during the silent era are a rare and unusual breed. The transfers of these films done nearly 30 years ago are pretty much what you expect from a silent film: high contrast images that move much quicker than they should have been projected and, most annoyingly, difficult-to-read subtitles. Fortunately, Kino Lorber is rectifying that with their excellent silent film releases on both DVD and Blu-ray. The new transfer of Faust is the culmination of many hours of hard work put in by this phenomenal company in an effort to save the genre films that have so highly influenced cinema as an art form. Even if you are not a fan of silent films, I would strongly encourage you to get Faust because it’s an important film in the annals of horror cinema. It’s also an excellent example of an early piece of cinema that utilizes a good number of special effects. It’s interesting to see how special effects were pulled off in these early films. I was a fan of silent films when I was a child, as they showed them pretty frequently on local television stations. Harold Lloyd and Zorro were favorites of mine. However, I never saw silent horror film until 1985 when I first saw Nosferatu on videotape.

This new edition from Kino Lorber presents a painstakingly restored original German version of the movie, which was put together from many hours of footage. This version presents two different audio tracks: the first is a piano score by Javier Perez de Azepitia from the original 1926 Paul Hensel arrangement; the second is by The Mont Alto Motion Picture Orchestra. If you have seen Kino Lorber’s previous The Phantom of the Opera Blu-ray, this disc follows the same logic. There is also a documentary, The Language of Shadows, which runs 53 minutes and details restoring the film. There is also test footage from director Ernst Lubitsch’s version of the film, which he did not make. Disc 2 is a DVD (not sure why this was not a Blu-ray) which boasts the 1930 secondary cut of the film and this runs nearly two hours.

Kino Lorber is to be commended for their dedication to releasing these titles as were it not for their hard work, there would be no other way to enjoy these films. The company constantly has a roster of fantastic genre offerings and I am looking forward to the next ones! 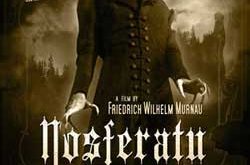