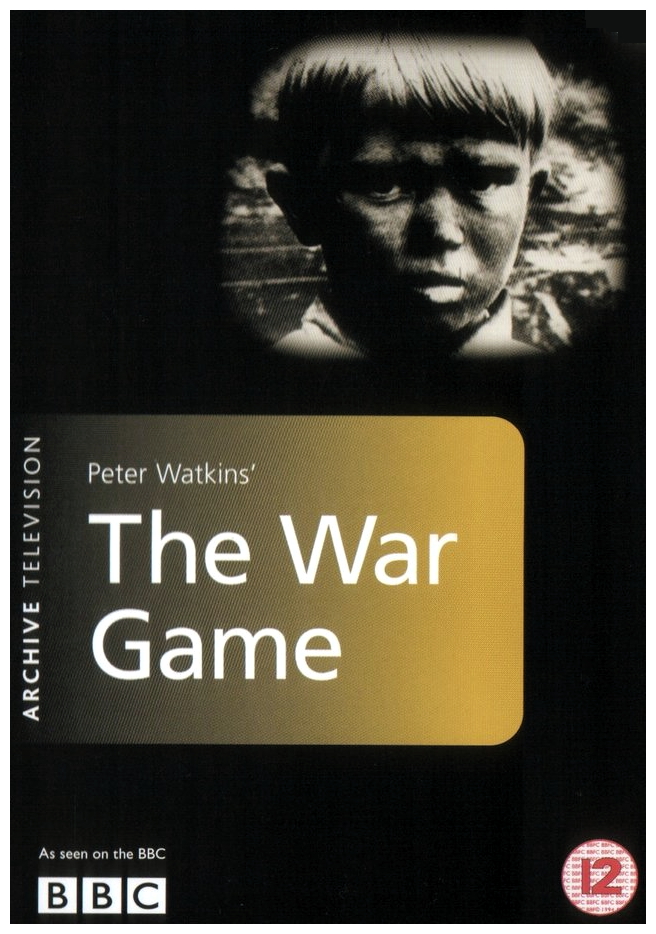 SYNOPSIS:
“Filmed as a docudrama, this documentary seeks to inform the British public of the impact a nuclear attack would have on the UK. After confirming that few in the general public know about nuclear energy and its possible impacts the film moves on to suggest there would be forced relocation to sites outside of London, forced billeting and food rationing. The film then moves on to the real issue: that most of England would be destroyed (or at a minimum become unliveable) in a nuclear attack. This program was commissioned by the BBC but not shown on television as they thought it to be too frightening.” (courtesy IMDB)

REVIEW:
Where Stanley Kubrick approached the subject of nuclear war with cold irony in Doctor Strangelove (1964), British filmmaker Peter Watkins used anger and outrage bordering on the hysterical in his pseudo-documentary The War Game (1965) which showed a nuclear attack on England and then concentrated on the aftermath in a small town in Kent. Though clumsily made it is full of shattering images: the glare and concussion of the bombs; the raging firestorms; the hideously disfigured casualties; the torment and slow death from radiation poisoning; mass cremations; buckets of wedding rings being gathered from the dead; execution squads composed of English policemen shooting looters. The film mixes scenes seemingly shot by a newsreel crew with other scenes filmed in a documentary style (handheld single camera with available light) in situations that contradict the presence of a camera. 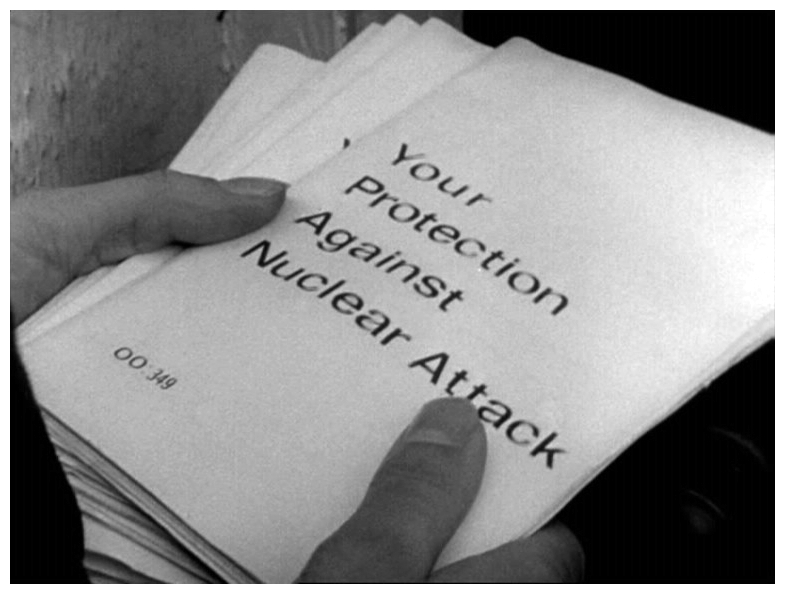 The offscreen narration is a bland voice that sometimes speaks as if the events shown have already taken place, giving dates and times and using past tense, then switches without warning to an instructional mode or ‘what if?’: “If evacuation plans were carried out, scenes like these would be almost inevitable,” or “This could be the way the last two minutes of peace in Britain would look.” Mucking about with narrative strategies makes the viewer even more uncomfortable, and is almost as compelling as the devastating imagery. Despite its faults the film creates a graphic picture of nuclear war and also demonstrates just how ineffectual civil defence organisations would be in such an event, all of which explains why the British Broadcasting Corporation (BBC) refused to screen it. Despite having been produced by the BBC, the film was banned from television broadcast. 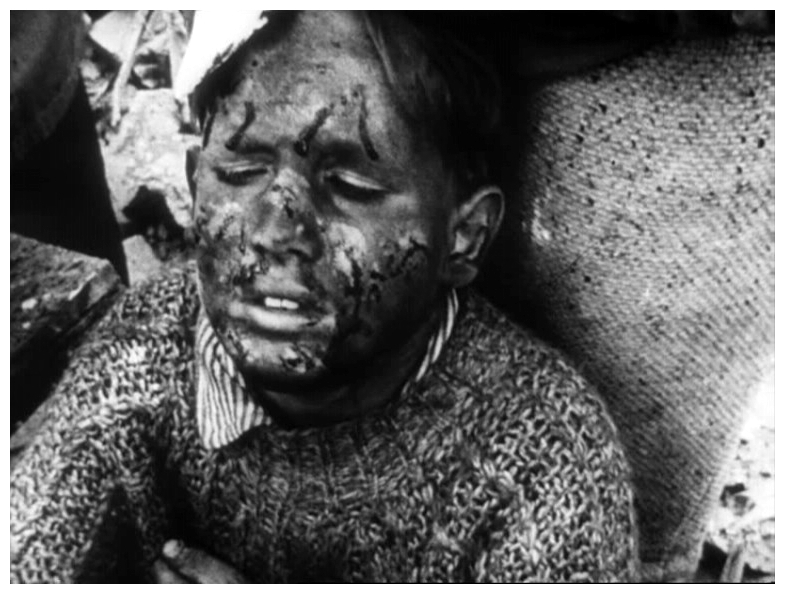 The official reason was for violence and depiction of human suffering, but others hinted that it may have been because it went against the official government line concerning survivability of nuclear attack. “It is too horrific for the medium of broadcasting. It might disturb audiences,” explained a BBC spokesman at the time, which is exactly what the film was designed to do. While the ban forbade television broadcast, it did not forbid cinematic distribution. Because of this loophole, The War Game received a wide theatrical release and even won an Oscar in 1966 for Best Documentary Feature, even though it’s not really a documentary nor a feature (less than 50 minutes). As a matter of fact, it’s the only fictional film to ever win this particular award, and the Academy of Motion Picture Arts and Sciences were forced to change their rules regarding eligibility for this category. 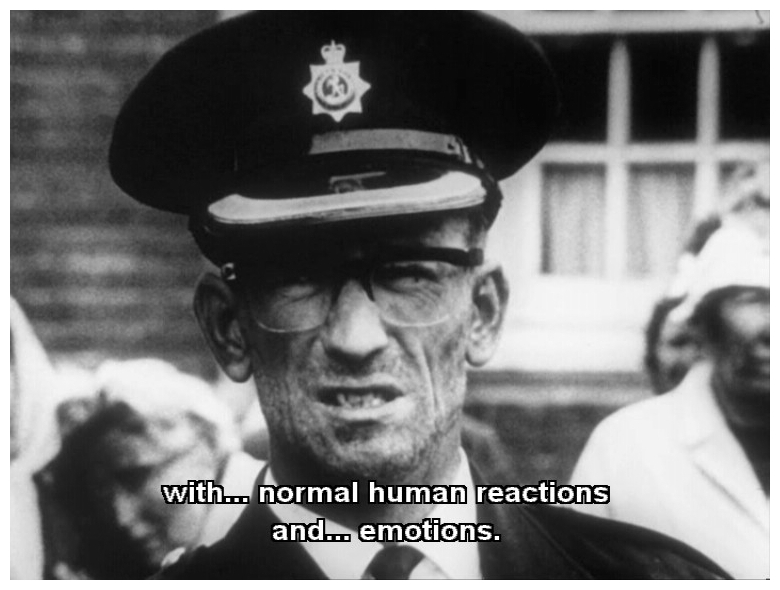 After half a century, the film has not lost any of its power and many passages still reverberate today: “Technically and intellectually, we are living in an atomic age. Emotionally, we are still living in the Stone Age. The Aztecs on their feast days would sacrifice twenty thousand men to their gods in the belief that this would keep the universe on its proper course. We feel superior to them.” – “When the carbon-dioxide content of inhaled air is greater than 30% it will cause diminished respiration, fall of blood pressure, coma, loss of reflexes and anaesthesia. When the carbon-monoxide content of inhaled air exceeds 1.28% it will be followed by death within three minutes. This is nuclear war.” – “Within the next fifteen years, possibly another twelve countries will have acquired thermonuclear weapons. For this reason, if not through accident or the impulses of man himself, it is now more than possible that what you have seen happen in this film will have taken place before the year 1980.” 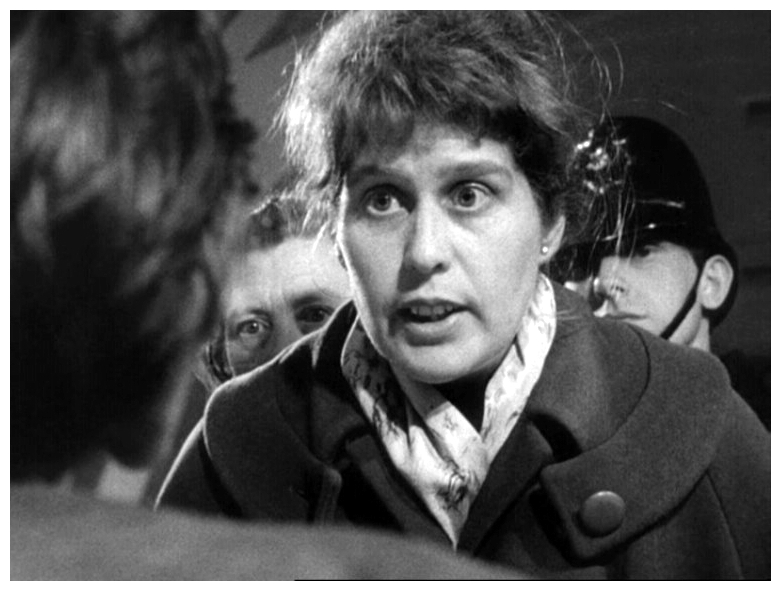 The film finishes with more words of warning: “On almost the entire subject of nuclear weapons, on the problems of their possession, on the effects of their use, there is now practically a total silence in the press, in official publications and on television. There is hope in any unresolved and unpredictable situation. But is there a real hope to be found in the silence? The world’s stockpile of nuclear weapons has doubled in the last five years, and now is the equivalent to almost twenty tons of high explosives to every man, woman, and child on the planet. This stockpile is still steadily growing.” It’s with this sobering thought in mind I’ll bid you a fond farewell, and I sincerely look forward to your company next week when I have the opportunity to put goose-bumps on your goose-bumps with more ambient atmosphere so thick and chumpy you could carve it with a chainsaw, in yet another pants-filling fright-night for…Horror News! Toodles! 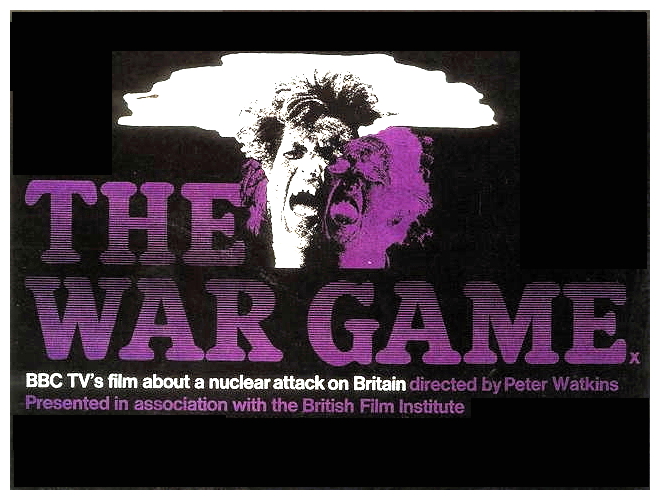 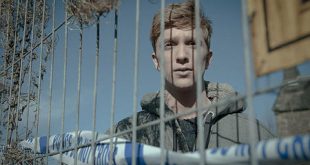 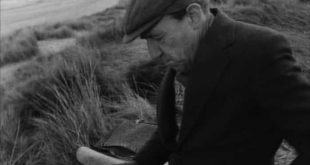