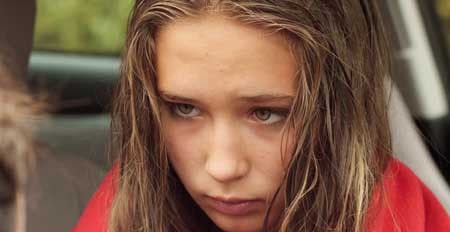 A man returning from a business trip saves a teenage girl from drowning. She disappears a few moment later, leaving the man quite shaken. His girlfriend tries to cheer him up, but she disappears too, when the teenage girl suddenly comes back

More short films, kiddies. This time we have a Candian film from writer/director Guillaume Comtois. The film is called AESTAS. Using my Google-fu, I found that the translation of the word from Latin means “summer”.

The film is in French with English subtitles and stars Fred-Eric Salvail as Jean-Francois, or J-F for short. The film opens with J-F returning from a business trip, chatting on his hands-free with his girlfriend Ariane (Marie-Eve Lariviere) about the tedious events of his journey when he sees what appears to be a body floating in the river.

J-F pulls over, jumps to the rescue, and pulls a young girl (Leelaa Selakun) from the water. He drives her to a hospital, but when he returns to the car with a wheelchair, the girl is gone. J-F stays around to file a police report then heads on home to his Ariane.

As for what happens next, I don’t really know. 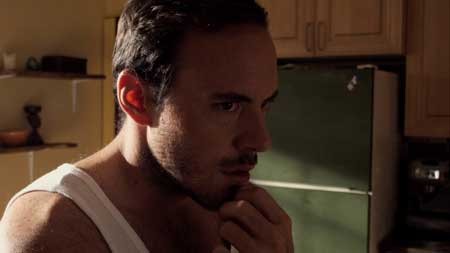 Once home, and a bit freaked out by his experience, J-F is suddenly faced with his girlfriend going missing. And if that wasn’t weird enough, the girl from the river reappears. Poor J-F is really confused at this point, and quite frankly, so was I.

Visually, the film is well done. The acting is quite good. I just didn’t fully comprehend the story. It plays out a bit like an episode of Tales from the Darkside, which is not a bad thing. Somehow, I missed something. Perhaps it was lost in translation.

Using my special short scale of one to five, five being awesome, I’m giving this film 3 blankets.