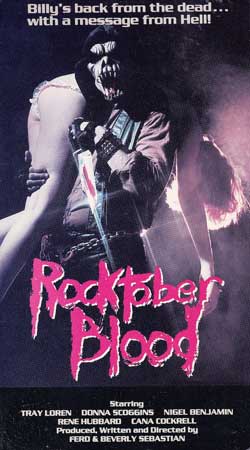 2 years after going on a killing spree an insane rock star somehow returns after being executed for his crimes to stalk one of his victims that got away.

Review-It’s no big secret that I dig horror movies about heavy metal music. I love Black Roses, Trick or Treat, and even the horribly cheesy, so-bad-it’s good Rock ‘n’ Roll Nightmare (as well as a ton of other similarly themed movies). I was always aware of Rocktober Blood but for some reason I just never took the time to sit down and watch it (which is weird because I always thought that it looked like it had all the necessary ingredients needed to make it rule). I recently got to see it and was expecting to really like it but was sadly mistaken. What could have been a fun little heavy metal-themed slasher flick was instead a poorly made, overly goofy mess that had very few redeeming qualities. 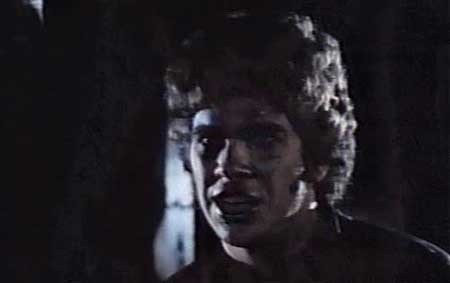 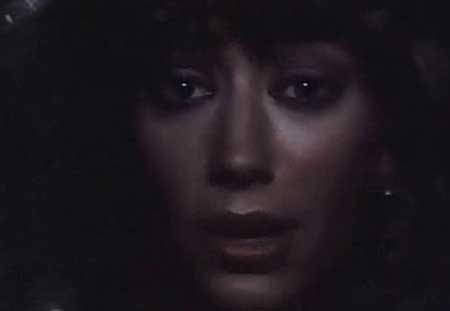 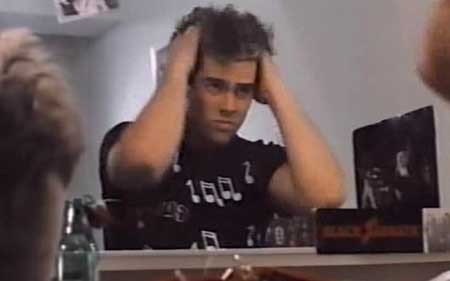 Why didn’t I dig Rocktober Blood? I’m not even sure where to begin to be honest. While it had an interesting premise it just wasn’t handled properly by the people behind it and as a result it was just a bad movie in general. It’s unfortunate because the opening segment (once you get through all the terrible singing) is actually not bad at all and even though it is a little cheesier than it should have been I was really into it. I was hoping the rest of the movie was going to be as good but it just wasn’t to be as things fell apart pretty quickly almost immediately after the opening scene came to a close (though looking back the last part of that scene was pretty damn bad too and seemed like it wasn’t quite finished). It’s all pretty much downhill from there as the rest of the movie just seems to get worse and worse with each passing moment and by the time it got to the ridiculous final scene I just really didn’t care anymore. It’s pretty hard to mess up a slasher film about a killer heavy metal musician running around killing people but the people responsible for this film managed to somehow do just that. 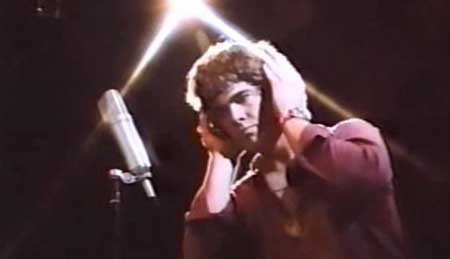 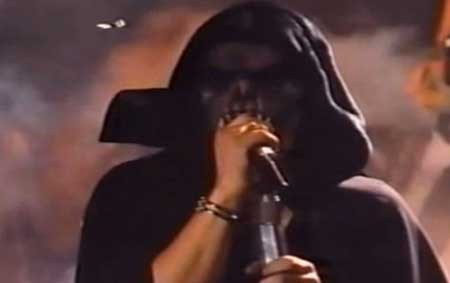 I think one of the reasons I wasn’t a fan was because I didn’t care for the villain (played by Tray Loren). There wasn’t anything really that special about him and I found him to be as about as intimidating as Kip Winger from the failed 80’s hair metal band Winger. He isn’t exactly creative when it comes to killing people as most of the death scenes (what few we get) are pretty uninspired and just plain lazy. Of course for whatever reason the writers felt the need for him to deliver some sort of idiotic one-liner after taking out his victims which got really old really fast since most of them were painfully unfunny and just more annoying than anything else. If you go into this film looking for an awesome heavy metal horror film antagonist like Sammi Curr from the superior Trick or Treat then you are going to be sorely disappointed as Billy “Eye” Harper (the killer from this film) pales in comparison on every conceivable level. 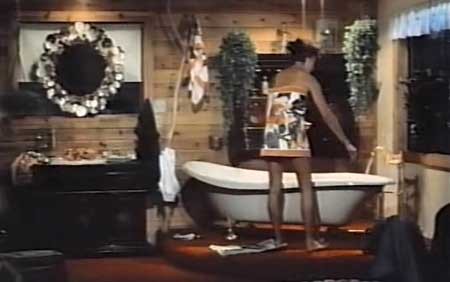 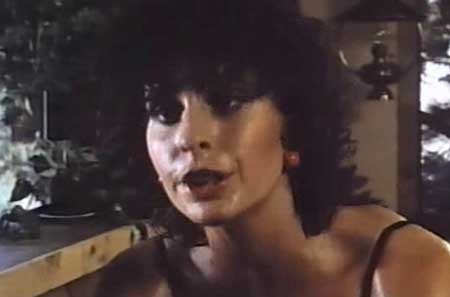 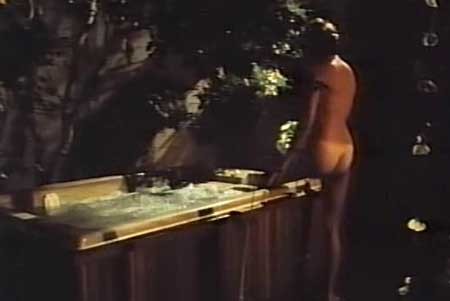 The movie also suffers from a lack of death scenes. As I mentioned early for a slasher flick there just aren’t that many people being hacked to pieces and it definitely took me out of the movie. Instead of cool death scene after cool death scene we just get a lot of boring dialogue, scenes that involve Harper stalking the main character Lynn (Donna Scoggins),and not a whole lot more (other than some bad concert scenes). With a name like Rocktober Blood I was expecting a lot of the red stuff but we get very little of it. Even when someone dies die it isn’t anything that amazing and just pretty damn boring in general. While the movie wasn’t great to begin with I think that it may have been just a little bit better had there been a higher body count and at least one or two memorable death scene thrown into the mix to make it a little more interesting.

Though it is pretty bad overall I did like the big twist involving how Harper seemingly came back to life to continue his killing spree even though he was executed years earlier. I thought that it was a nice touch that was actually very well done for the most part. I don’t want to give anything away but let’s just say that it is realistic and worked. I really didn’t see it coming and if nothing else I have to give props to the writers for throwing it in there as I did enjoy it and thought that it was a pretty cool idea. If only they had put that much effort into the rest of the film (especially when it came to the ending as it seemed as though everyone involved with it just decided to give up completely). 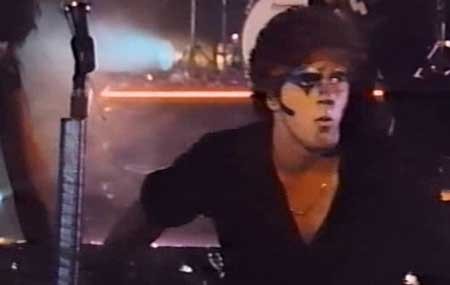 Overall I just wasn’t feeling Rocktober Blood which is unfortunate because I really wanted to like it. It wasn’t exactly what I thought it was going to be and I don’t think I’ll be in any big hurry to watch it again anytime soon. Take my advice and skip this one as you probably aren’t going to like it and would be better off watching just about any other heavy metal horror film.