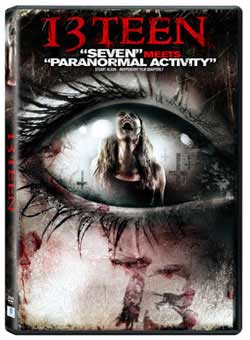 Emeryville: population 73,250, including one feared serial killer on the loose who carves the number 13 into his victims’ chests.

Sara is home alone on a stormy night when there is a knock at the door. Andrew, a real estate consultant, has stopped by regarding the sale of her house. Problem is, the house isn’t for sale. Against her better judgment, she grants Andrew shelter from the rain.

But tension builds as Andrew, talking about his impending custody battle for his daughter, becomes more and more agitated. Sara finds herself in possible peril, until there is another knock at the door. John, a scripture-quoting home security technician, has stopped by to fix a fuse. But he may not be all he seems when a knife is found in his bag.

Cautious cat-and-mouse play ensues as the trio tries to determine just who the true threat is, while a surprise twist leaves you wondering just who it is that really needs to be saved…

When I first saw this title I was at war at which to call it by. Was it “Thirteen” or “Thirteen-teen”? The next notion was what my pre-conception of it was. A film about 13 teens who get killed one by one as a part of some Satanic cult? No, maybe it was a calendar date where everyone who enters the woods gets killed by a pack of crossbreeding hillbillies? Nope not that either.

13 Refers to the engraving that a serial killer leaves on its victims per scar or graffiti. Good enough for me but is it enough to entertain? Before we get started it’s probably good to point out that the film’s original title was “For Sale by Owner” created in 2005. Which if your not paying attention might be mistaken for a the movie by the same name created in 2009. Though with this debuting under a new title now it would be easy not to mistake one for the other.

I did have to laugh though at the cover quote used in the DVD art packaging. “Seven meets Paranormal Activity” posted by independent film quarterly. OK, there is nothing is this film that remotely resembles, reminds or even compares to those 2 films. Not to discredit the film, but buyers take note. It’s quotes like these that really make you question “quotes like these”! maybe they help marketing, but buyers are gonna be upset.

13teen is actually a pretty intriguing combination of drama and guess work. Simple but yet still effective. Sometimes simple is really all you need. Sera Night (Amanda Brown) a social worker for young troubled kids comes home one night to find a strange man shortly after standing in her living room. This man Andrew Byrd (John Lansch) proclaims the door was unlocked and that he had an appointment with her husband regarding the sale of the home. Surprised she is startled to see the stranger and also by the fact that she had no knowledge of this. He announces that he is a real estate contract specialist and asks if its alright to hang out just until it stops raining outside. Sera asks him to leave but feels obligated seeing him standing in the rain waiting for his ride.

Now, as odd as the situation is, there are several choices that “could” be made to prevent any unnecessary stress. Though as the 2 get to talking, Andrew seems to have a bit of a emotional roller coaster personality that makes things very uncomfortable. Add to that the fact that on the TV plays constant announcements about a local serial killer on the loose. The film plays this notion very well and to the credit of the actors.

Enter subject 3, a local security repairman named John Denton (Marc Hustvedt) who insists that he is in the neighborhood to replace faulty chips. He seems innocent enough except that his highly religious nature tends to irritate Andrew and presents another weird personality into the mix. As the plot plays out ….the most logical choices seem to be apparent. The logic is muddled by the events to follow which actually work themselves out really well. At this point to explain the outcome would spoil the ending. I can tell you that the issues of religion, right and wrong and perspectives are what contribute to the logic of the film.

The film directed and written by Pritesh Chheda has all the right thriller elements with several moments of perspective changes at least in how we perceive the details to play out. While some could guess at outcomes, this is cleverly hidden by acting misdirection. Viewers will of course ask the obvious questions along the way which kind of answer themselves in escalating circumstance. Horror is overshadowed by thriller aspects, though there is healthy blend of both when its needed.

In some respects the film echoes a combination of traces from films like “The Strangers” and “Pacific Heights”. Not in plot factors but rather in feeling and suspense. I still think the quote used to market this film was really off base, however with that aside it was an engaging release that is matched by the camera work and methods used to influence a feeling of dread along the way. The film clocked in at about 1 hr 20 minutes which is a bit short for a feature though to be honest, I was fine with the length as its didn’t waste time on unnecessary filler moments. I’m calling this one a decent horror and suspense thriller. 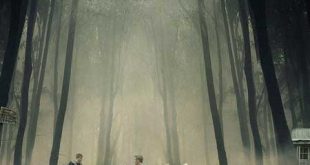 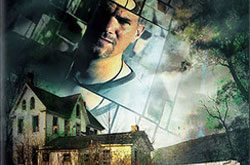