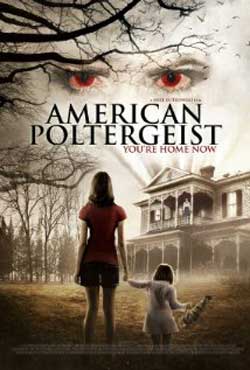 A group of friends move into a vacation home with a sinister past in Fall River, Massachusetts. Suspicious of the home’s owner, Taryn feels a strong connection to the house and finds herself at the center of one of the most deadly poltergeists in American history.

American Poltergeist is not just Donald Trump’s favorite kind of poltergeist (See how I’ve dated this review), it’s also the name of the feature length debut from Mike Rutkowski; an industry all-rounder who has worked on everything from Arrested Development (huzzah!) to Transcendence (Less Huzzah).

The film follows the misadventures of a pack of college students breaking free from the campus lifestyle by house sharing in the suburbs. Something not uncommon in the UK and Australia, but seemingly comparable to a leper’s touch in the US if we’re to go by the reaction of one of their mob, Taryn (Ashley Green Elizabeth). She would rather be hanging out on campus then saving her pennies in cheap accommodation, and the film really makes the time to ensure that we understand just how much she thinks this all a bad idea. Much to the chagrin of her brother Michael (Luke Brandon Field) and the rest of the crucible of thrifty students. 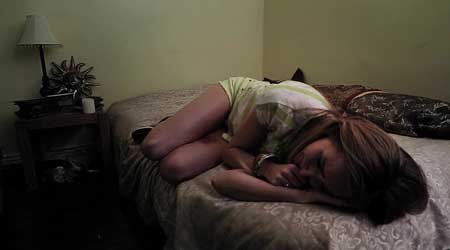 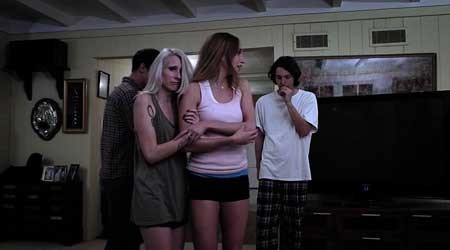 Things don’t much better when they finally move in and Taryn begins to experience paranormal phenomena in the dead of night, such as visions of suicides and dismembered bodies in the basement. You know, the kind of things a realtor should tell you about before you hand over the deposit.

Adding to the strange atmosphere is the group’s landlady, Dianna played by Donna Spangler. Spangler’s delivery of her lines gives the film its more memorable moments. Ostensibly trying to come across as distant and knowing more than she’s letting on, Dianna instead appears doped up and wanting a nap. Like your auntie after one too many Sherries. And what is our drunken aunt trying to hide from her tenants? Is it perhaps the fact the house was once home to the infamous Lizzie Borden, I hear you suggest. Well, you’re right and well done for getting it first time. The house is indeed the site of the 1892 murders that saw Borden’s father and stepmother killed with an axe.

Yes, old Lizzie (Nicole Holland) is stalking the halls of her ancestral home and harassing the nubile college students within. Well, I’m assuming it’s Lizzie Borden, because despite all the evidence, she looks more like Raggedy Ann in corpse paint. But who am I to judge? Perhaps Ms. Borden has been getting into the old Cradle of Filth in the afterlife. And why not! Dani Filth’s voice and lyrics are indeed timeless, are they not? 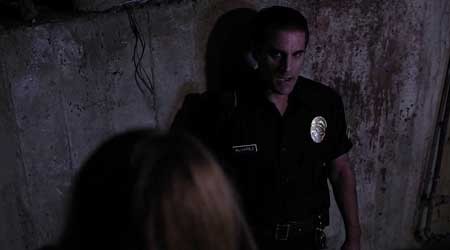 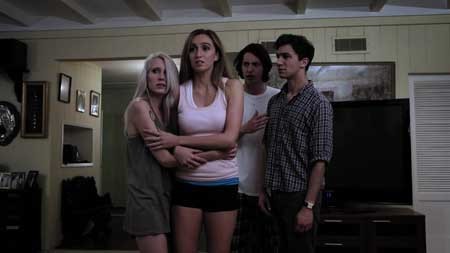 Long story short, as the house takes its toll on Taryn, her friends and family begin to worry for her mental health. And by worry, I mean they hold a swinging bitchin’ party by the pool with cocaine and beer and a murderous spirit. As the boys and girls dance and jiggle together, Lizzie Borden goes on the tamest murderous rampage ever committed to celluloid.

American Poltergeist, if it hasn’t become obvious, is not a sterling example of independent horror, but at least it tries. Commendably, Rutkowski works within his limits, keeping everything within the confines of the Borden domicile. With only a touch of CGI, the film relies on practical effects and some neat little background touches that encourage you rewatch certain scenes. Who knows where you might see Lizzie! 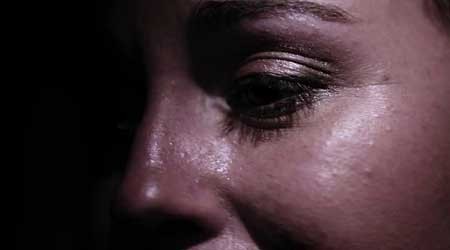 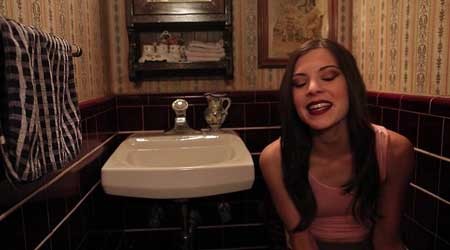 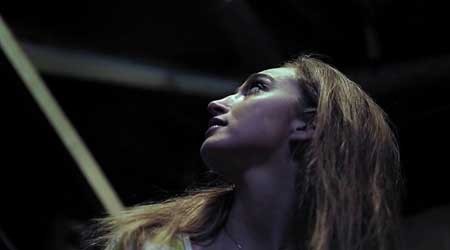 Sadly, the plot is derivative and confused, asking its audience to take things at face value. A last minute twist tries to add a little spice to the narrative, but it’s too little too late. The dialogue is below par and isn’t helped by the pick and mix acting on display. And it’s all so unnecessarily serious. Perhaps if the film, like it’s young protagonists, loosened up a little and embraced it’s camp potential, we could be on to something. 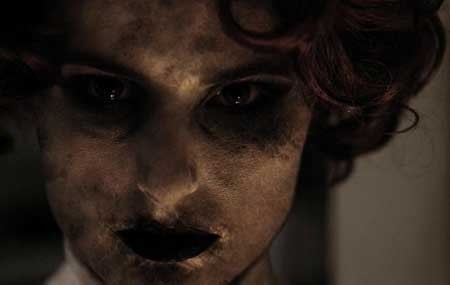 With the bad out weighing the good, American Poltergeist is not a must see by any standards. Which is why I’m only giving it 10 out of 40 whacks with a wet noodle. 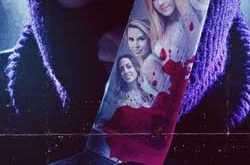