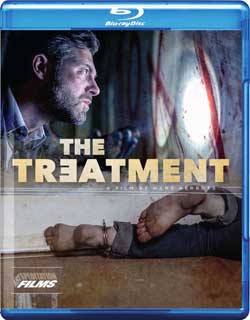 Inspector Nick Cafmeyer seems to have it all – looks, brains and a successful career. But a dark cloud hangs over his life: since the age of nine, he has been haunted by the unsolved disappearance of his younger brother, Bjorn. Plettinckx, a known sex offender, was questioned but quickly released. Plettinckx lives close by and takes fiendish pleasure in harassing Nick. Then, when a disturbing case comes to light involving a missing nine-year-old, Nick heads a massive search which turns into a relentless manhunt.

As a fan of horror and the cinema of the macabre I often find myself getting lost in my own little comfort zone and staying there all warm and fuzzy like , happy as all get out but oblivious none the less to some of the more lurid and menacing creations that lurk in the shadows beyond my self created haven. Confused ? I tend to do that to people with my rambles , let me back it up just a tad and explain myself.  I love genre films that immerse themselves in sheer and utter depravity on a level that goes beyond that of a mere gore flick,” psychotronic cinema ” is the term that has been given this classification of film in recent years. Horror films that are so off the wall and often times very feeble in execution that it defies all simple logic and understanding , this is my comfort movie zone.

Yes darling give me a Sledgehammer or Things when I’m feeling blue and instantly my frown turns upside down and I’m walking on cloud nine for hours and hours , something about senseless acts of cheapness that really gets this old girl. I say this only because sometimes I get so into my comfort zone that I tend to forget that there are films out there that are so dark and dangerous that they also demand respect, albeit in a much different fashion. Imagine my shock and also delight when I popped in this weeks selection The Treatment ( De Behandeling ), a film that is so dark and feral to the very core that I doubt I will find another film this year that plays with with my emotions and expectations on such a dark and primal level. The Treatment is the kind of film you feel deep in the pit of your stomach as it twists and weaves it morbid mystery around your delicate nerves.

Almost from the jump The Treatment is the kind of film that visually puts you on the edge the screen is awash is dark grays and almost devoid of any dramatic colors. The photography is very stoic and slice of life in nature so that when the grisly events begin to unfold its feels almost as if they are coming from a place of reality as opposed to a fictional landscape that most serial killer thrillers dive into ( yes Seven I am talking to you). The Treatment is not a gory or violently graphic film at its for front but the subject matter and sheer ruthlessness of the actions make it so emotionally graphic in content that you may believe that you have just witnessed many acts of graphic brutality. It is a subject matter that could be very sickening if handled in the wrong way but the film , despite its brutal subject matter, manages to be both heady and graceful at the same time. Very impressive.

The performances are also top notch here all around,Geert Van Rampelberg as Nick Cafmeyer hold the weight of the entire production on his shoulders and does so in such an effortless and naturalistic way. It would be very easy to overplay the main role in this film and to slip into theatrics that would throw the film into both unrealistic and offensive territory but the performance here is very grounded and nothing within the character comes across as forced or unnatural. We feel the raw emotional and even evil pain that consumes the main characters life and Nick Cafmeyer is a character that we feel for on a very deep and primal level that its almost emotionally taxing on the viewer. The evil at the films center is a very grotesque and monsterous villain ( named The Troll ) , he made me wince and just filled me with absolute disgust every single time he was on screen. Yes, the performance is very, very good but the acts this character inflicts upon others are so revolting its hard to give praise towards which in my opinion means the actor is doing his job.

The Treatment is hands down one of the most realistic and utterly unnerving serial killer thrillers I have EVER seen . I would even compare the emotional toll this films played on me to the likes of such films as Martyrs or Inside , no this film is not as gory visually as either one of the films just mentioned but the sheer amount of nihilistic tension that is poured into the proceedings will no doubt sit heavy on your mind and even psyche well after the credits have rolled. A true masterpiece of the genre and very highly recommended. 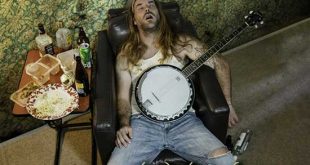