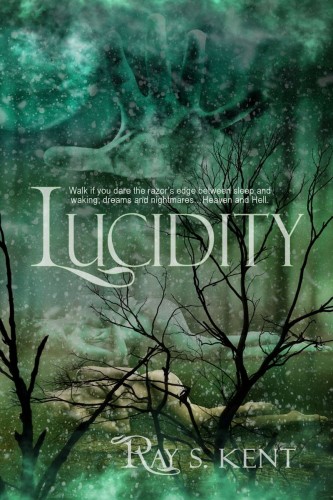 Walk if you dare the razor’s edge between sleep and waking, dreams and nightmares… Heaven and Hell.

Zach Landis is a shy 17-year-old with an innate gift: the ability to separate from his physical body during sleep and travel unseen along the Etheric plane. In this state, he is able not only to conjure and manipulate dreamscapes of his own, but to enter and control the dreams of others. Initially, Zach uses his tremendous power only to frighten off bullies and “visit” the girl he secretly loves. One night, he goes too far and is captured by a mysterious band of fellow astral travelers who enforce dream law in the Etheric. As the group opens Zach’s mind to his own potential and the true breadth of the Astral Realm, they also reveal his unwitting connection to a string of horrifying local crimes. As the nature of that connection becomes clearer, Zach is drawn into a deadly ordeal that increasingly obscures the boundary separating his two worlds. Soon he comes to realize both of those worlds are threatened by an ancient evil that he alone may hold the key to stopping… or unleashing.

At its core, Lucidity is a thrilling love story set against the mysterious, often terrifying backdrop of astral travel and lucid dreaming. As a lucid dreamer, himself, author Ray S. Kent has long been passionate about dream lore, dream fiction and even the science of sleep and dreaming. Lucidity weaves in concepts at the heart of such popular works as Avatar, Inception, Insidious, the stories of Neil Gaiman and – of course – the Dream Master, himself, H.P. Lovecraft.

Apart from all the thrills and supernatural fun, Lucidity takes the time to develop honest, identifiable characters and ground them in “real world” situations.  Though the story engine is built on a solid framework of action, romance and suspense, it is fueled by genuine human emotion.