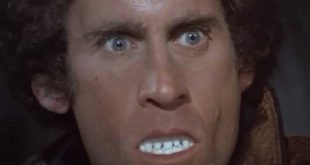 When “Dracula” appeared on Starsky & Hutch, the episode was a prime time television event. No, the villain that guest star John Saxon played wasn’t Dracula, but the episode still ranked as eventful. The series’ one and only Halloween special further contributes to the program’s cult following and remains memorable among fans of 1970s pop culture.