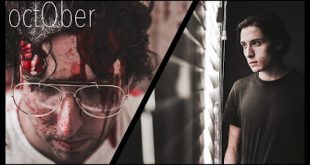 The new short, octOber is the second in a series of 7 short films that are being created by A Dark Red Horror. octOber is a terrifying short horror film that gives a new reason to fear the month that Halloween built. It’s actually a breathtaking sequel to Dark Red’s septeMber, which was released a few months back.