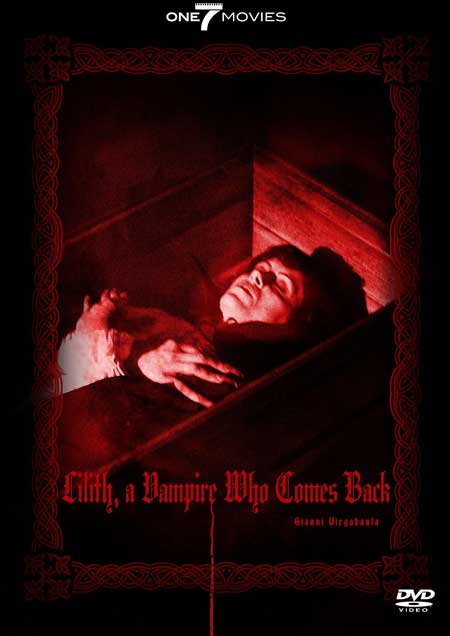 After a Baron’s wife dies mysteriously, unconnected “stuff” happens until a loose connection is made between her and a long dead vampire who may or may not actually be her and may or may not be terrorizing the town before the wife actually died… Oh and wolves…

Lilith, a Vampire who Comes Back is an obscure (no IMDB page at present) Italian-based attempt at a homage to silent horrors of yesteryear. Though it handles some aspects well enough, a terribly convoluted, redundant and lax storyline hamper this creative effort. 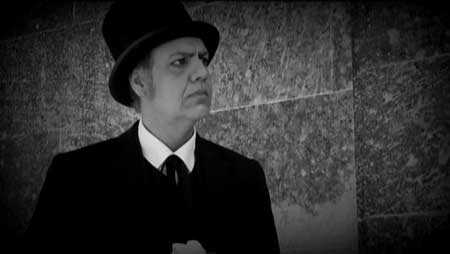 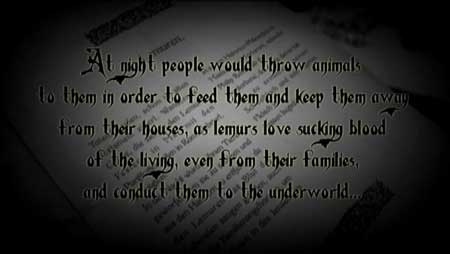 The story is set in the 1920s in a locale called “Quarter of Tower of Wolves”. It is a town owned by the von Reder family and is supposedly plagued by wolves, or as the film puts it in its somewhat broken English, “…by greedy wolves who have been terrifying farmes and sheperds.” [Sic]. The locals think otherwise though and that otherwise is in the form of a vampire.

Before anything though, we are given some self-important reading to do > “…Timeless shadouus… the slowness of light… silence is the origin of nothing… Frames from old times… art as cinema… cinema as silence… May silence stay still… may cinema remain art… May wars not have been battled in vain… World crisis, alterned editing films as alternate is the long era which will eventually narrate itself… silent films… the original Silent films’ last years… the director of silence… Art’s stillness… silent films were a long indefinite instant of poetry…” [Sic. No, I’m not kidding] 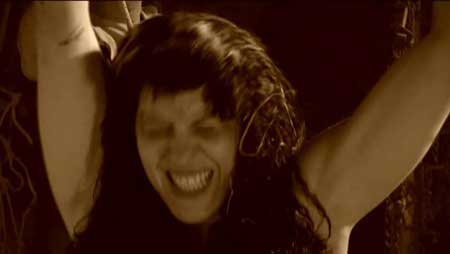 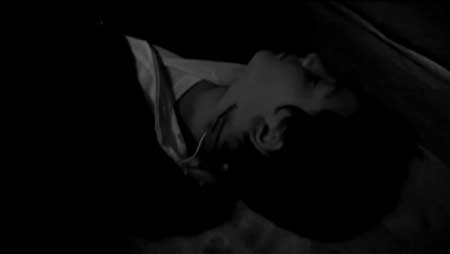 So after that and the brief intro about the town we are introduced to Baron Ludwig von Reder, the last of his lineage and his wife Lusilla, who quickly dies of a mysterious illness which the “leading light of medicine” (sic), colloquially known as a doctor, is unable to cure.

We are then treated to unbelievably redundant characters and side stories which simply pad the film until we are force fed information to get us to Act 3 and the rushed and uneventful climax. We meet Ludwig’s servant Balduin, an Igor-esque (why a well-off man would hire such a dodgy servant is just plain silly) servant who has a penchant for rape and murder, and not the good kind. We also meet the town crazy in the form of a Gypsy woman who likes to warn people of the eviiiil in the town. We also have the town mayor who is trying to palm off his attractive late teen daughter to the Baron. Oh, and we are also given one of the most off-handed statements I’ve ever witnessed in a film, that being that apparently the Baron’s wife practiced the occult. Something we had not been shown at all up to this point.

Apart from the above we are essentially treated to the Baron moping around until he stumbles upon a book in his wife’s “Doll Room”. The book is about vampires, but even more disturbing the Baron finds a letter seemingly written by his wife and hidden in it which indicates that Lusilla may well have been into the occult after all… The off-handed comment way back at the beginning finally comes back… 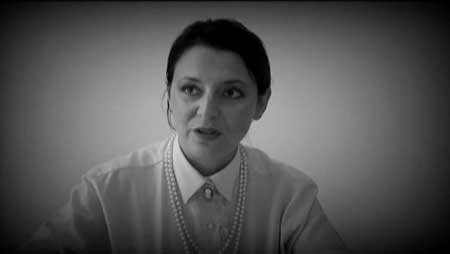 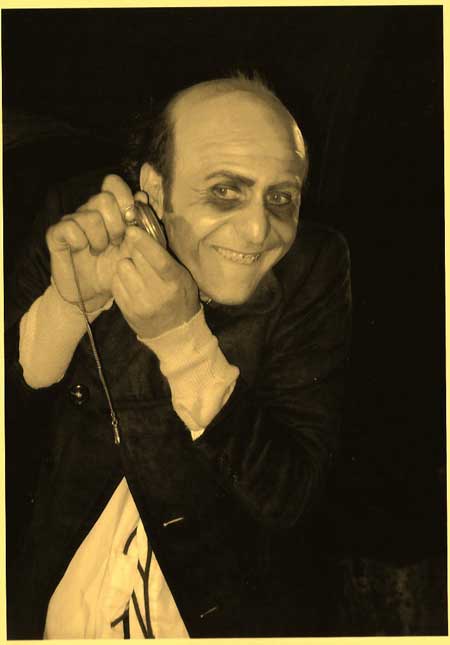 The title character (Lilith) rises from her coffin and starts doing her thing, stealing and killing children, as the Baron heads to the local priest who Basil Expositions Lillith’s backstory. A witch from ye olde times, Lilith was burnt at the stake and her ashes scattered about the town. This somehow made her a vampire and she is somehow related to Lusilla. At this moment the townsfolk rush into the church proclaiming Lilith is back and that Lusilla is in fact Lilith incarnate (how they figured that out, no fkn idea.. and even though the deaths had been happening before Lusilla died if the intro is anything to go by…). They want to go and dig up Lusilla’s grave and destroy her.

The priest has the good idea of bringing the children to the church for safety and for the adults to head to Lilith’s tomb, which isn’t Lusilla’s grave, and to kill Lilith while she slumbers in the daytime. For some reason the adults either don’t go during the daytime or Lilith isn’t bound to that vampiric rule and as the adults find nothing in the tomb, Lilith heads to the church to devour the children. The priest battles her but is no match, LUCKILY the giant crucifix at the church’s altar does the trick and sends Lilith packing. 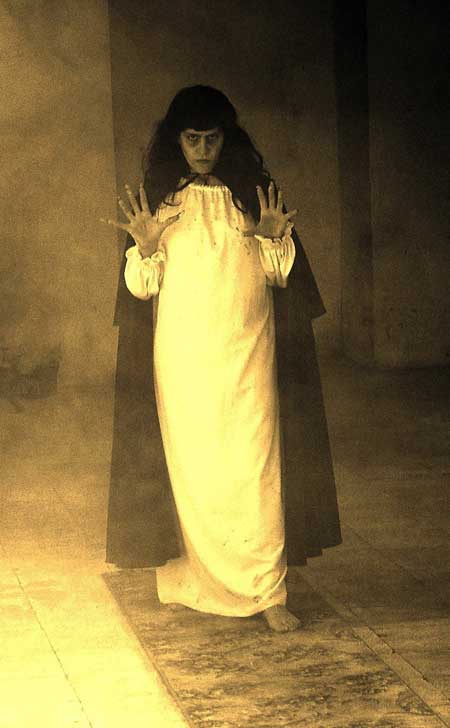 As the above shenanigans are occurring the Baron rushes home to get Igor and a gun so they can stop the adults from desecrating his dead wife’s grave… even though they weren’t doing that and he knows this since he was there when the priest suggested his better plan. This doesn’t eventuate (or matter) and the Baron comes face to face with Lilith/Lusilla/I don’t care and is bitten. The End.

As an artistic piece, the film is a solid attempt. It’s a competent replica of a silent film with the cinematic effects and colours used. The score was evocative for the most part, with only a few times throughout when it was a bit off. The dialog/description text used was hilariously bad with grammatical and spelling errors in abundance. Considering this is a silent film and the text is an integral part of the whole affair, it would have been good if more attention, scratch that, if ANY attention was paid to basic proof reading.

Acting was of standard quality and enough to service what was required. The same can be said about direction and cinematography.

Would I watch this again? Never. The story was just too much of a mess for me, primarily the fact that at the very beginning we are told the town has long suffered vampire attacks though later in the film they believe it’s the Baron’s wife doing it and only after she dies, disregarding the long past of the attacks which happened even before the wife was born (from what I can gather)… Anyway, as an artistic experience this only has a one-watch shelf-life for me too.

Would I recommend this to anyone? If you like the obscure and rare, give this film a shot. It’ll give you something to boast about as you wrap your scarf around your turtleneck, push your designer spectacles up the bridge of your nose and drink your gluten free soy fair-trade cappuccino while you status update on your iPhone 6. For the commonfolk, give it a miss.