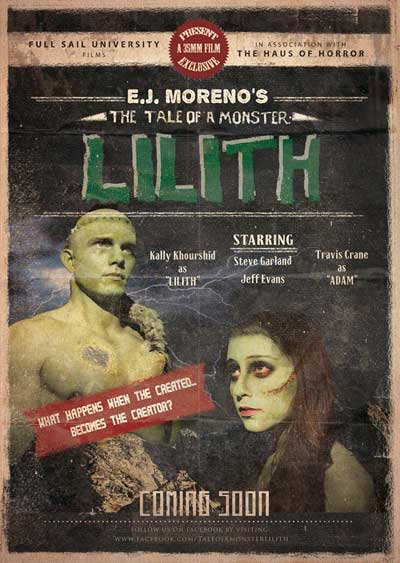 The Tale of a Monster: Lilith is the story of what happens when the creation becomes the creator. Lilith wakes up in a laboratory with no idea of where she is at; the only thing she knows is two bodies surround her. The story becomes a tale of beautiful horror and twisted romance as writer and director EJ Moreno takes you through his retelling of The Bride of Frankenstein and doesn’t let up until all the pieces are together.

Got a short film for you today, kiddies.

It’s called The Tale of A Monster:Lilith. And I have to say, it was really awesome.

It’s a short version re-telling of the classic Mary Shelley story Frankenstein. Our story opens in the laboratory of The Creator (Steve Garland) as he is putting the finishing touches on Lilith (Kally Khourshid), the “bride” for his creation, Adam (Travis Crane).

But something goes wrong. Lilith awakens in the lab to find The Creator dead on the floor and Adam lifeless on the gurney beside her. Lilith finds her footing and begins rooting through the lab, looking for anything to tell her who she is and what exactly is her purpose.

I really wish there had been more of Steve Garland, but of course the story is dependant on The Creator not being available for Lilith. Mr. Garland’s brief moments on the screen as the mad scientist are quite impressive. It doesn’t have to be all “cackling in a lightening storm” when performing a character like this. The subtlety of the performance is wonderful. 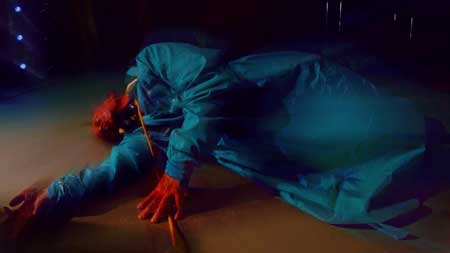 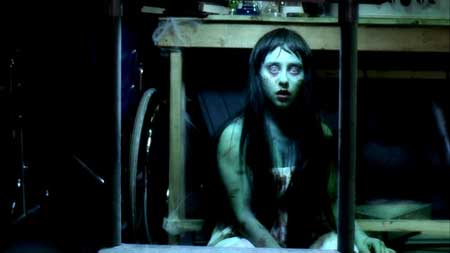 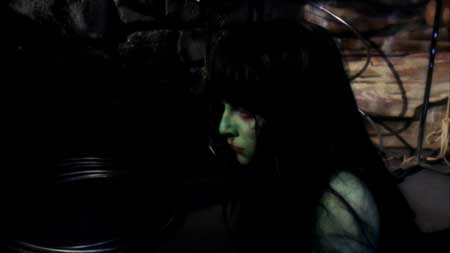 The film hits all the power points of all the best parts of the classic Universal film franchise based on the same story. The twist, of course, lies with the Bride. Lilith carries most of the story alone, which can be a challenge when playing a character that traditionally doesn’t speak. The actress has just the best facial expressions and body movements. Ms. Khoursind is no stranger to short films, having quite an extensive list of them on her IMDB. Her Bride is independant and fully capable, and the subtle delivery is just spot on.

The lighting and the make up are so reminiscent of the old Hammer House of Horrors films. It’s almost a love song to classic, low budget horror. And sit through the credits – there is an amazing boy-band/dark electro version of Monster Mash that is worth the price of admission. Sadly, there is no credit for whoever did this music, so whoever you are…thank you. 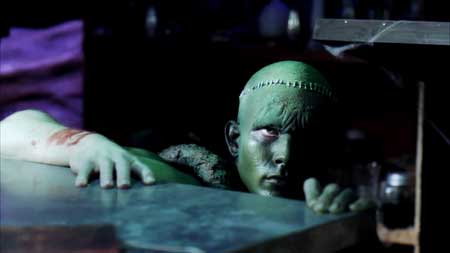 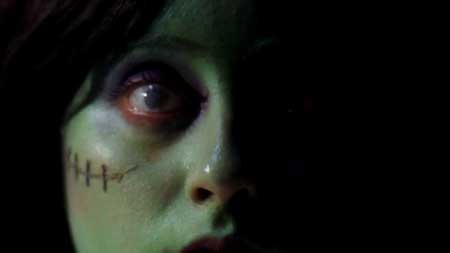 So rating with my special “short scale” on a scale of one to five (five being awesome), I’m giving this film four ligthening bolts..