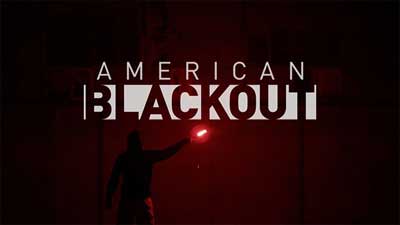 What if the Doomsday Preppers were right all along? Hacking into urban infrastructures isn’t science fiction anymore – it’s in the news every day. A 90-minute docu-drama, “American Blackout” reveals in gritty detail the impact of what happens when a cyber attack on the United States takes down the power grid. The question is: when the lights go out, what do we do next.

American Blackout is a 2013 dramatic documentary illustrating what might happen in the event of the majority of America’s power grid being compromised or shut down as a result of cyber-terrorism.

In broad strokes, American Blackout is a piece of non-fiction establishing how some American citizens with cameras and devices would respond to and record events around them if all their electricity was taken away from them. The answer seems to mostly be make bad decisions based on assumed knowledge. 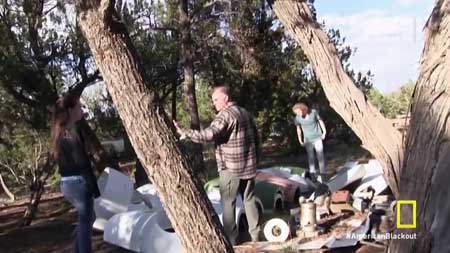 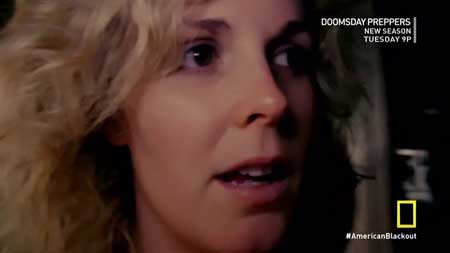 The television movie walks through the motions of different individuals, groups and families surviving the eleven day long ordeal of a nation deprived of infrastructure due to a loss of power.

Before addressing the stories within, the concept itself needs clarification; the majority of the United States of America has control of its electricity managed through computer systems and networks that if accessed by someone of proficient enough skill can be shut down via hacking or reprogramming so the systems at best stop running and at worst destroy themselves where overloads and whiteouts are possible.

From concept, we are introduced to multiple characters as people begin responding to events that include; an Austin teen video logger and his nurse mother, a woman in her New York apartment waiting for her boyfriend, a boy in Colorado bugging out with his family to a stocked and powered compound, a girl and her parents recording the progress of the birth of the girl’s brother, and four Phoenix college students trapped in an elevator.

The movie bounces back and forth between these main stories, news reports as events unfold, individual people making passing comments about their experience and vague text stating facts relevant to the story at large. 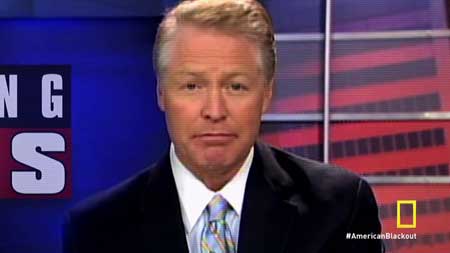 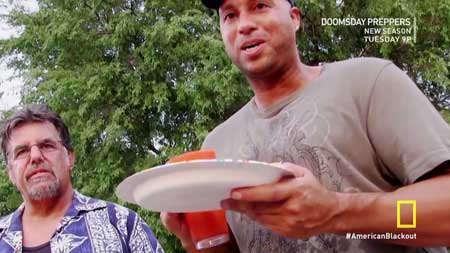 The teen vlogger, VJ, is recording his take on events while living as a home body for the most part while his mother is out working through the disaster as people need medical attention due to traffic accidents, reduced power at hospitals and riot victims. His story ends with his mother coming home and the two reuniting safely.

Gemma, a woman in New York living with her boyfriend through the blackout, is panicky and understands little to nothing of events while her boyfriend argues, fights and injures himself to keep the two alive. Their story ends when Gemma alerts looters to their presence and the camera is shut off as Gemma is dragged out of frame.

The father of Hank Jr is an emergency prepper, someone who spends time and money preparing for emergency situations in case the worst comes to pass, and along with Hank Jr, his sister, mother and the sister’s boyfriend they go to a compound meant for sitting out the blackout until power returns. Including some tense scenes between Jason, the boyfriend, and Hank Sr the story ends with a stand off at gunpoint against looters and Jason receiving a call letting everyone know the power is back. 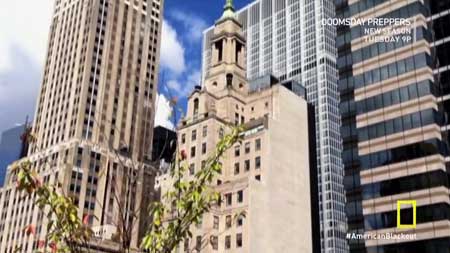 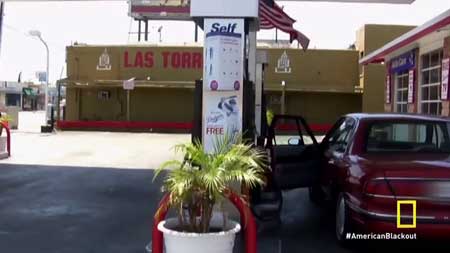 Molly, the daughter of a married couple that is expecting a son, is recording the hospital visits and birth of the new boy during the whole of the blackout. After a car accident and an emergency delivery by the father the family becomes separated, then the house burns down causing the mother and children to leave and seek shelter where they eventually meet up with the father.

The final story of the four college students starts with Andrew recording the other three and getting them to talk so the can keep calm through events. After losing Ken in a failed attempt to escape the elevator through the vents and Lance dying from exhaustion and dehydration the story ends with Dee and Andrew surviving to see power restored. 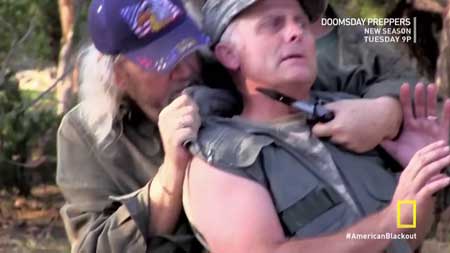 In each story there is relatively decent performances all around with the focus on the actors who hold each group together so that any shortcomings in supporting roles are glossed over, though VJ is the weakest character and is acted the worst of all.

Cinematography is standard, though some shots are tense and clearly taken over by a professional as none of the characters in these shorts would realistically hold the camera in such a way to frame the shot as well as they do in cases like the Han family stand off or Gemma’s capture at the end of her story.

The plot holds up well enough as the whole movie is meant to be a cautionary tale of how something like this is possible and that response might vary, so being prepared for the worst in some fashion isn’t unreasonable even if events only last at the same extreme as long as two weeks time.

Where the movie fails is that it feels more like a shock and awe piece set up for scare tactics to express the importance of preparing for disasters with not much in terms of real data to explain the why and how of things. a supplementary documentary explaining all the details would be a wonderful addition, if not a decent replacement altogether.

As a movie it is recommended for its ability to engage and draw on a possible event to give thrills and chills but as something to base a well thought response to such an event it would be wiser to seek out more informative data and work up to a proper response from there.