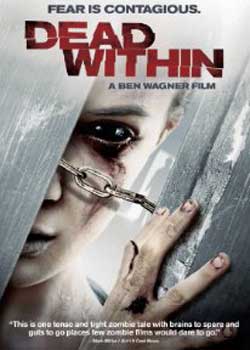 Six months after the outbreak, a man and woman have survived by isolating themselves in a remote cabin. Starved for resources, they must confront the horrors that threaten them from outside and from within.

One of the main things you hear about real estate is the phrase “Location, location, location.” This sentiment is equally true of the film industry. The look and feel of a movie is only as strong as the location scouting that is done when getting ready to film it. Audiences seem to love movies like the Bond films that use the locations to give an exotic, world travelling feel. What impresses me more than these big, wide scope movies are the small, more confined ones. Though they aren’t always the better movies, the movies with minimal locations are the ones that impress me most. 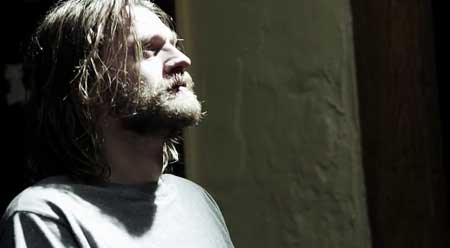 One such film is 2014’s Dead Within, a movie that takes place primarily in a cabin. By primarily, I mean that aside from the opening credits and the final minute or so, the entire movie takes place within the cabin. It follows a couple as they try to survive during a violent, post-apocalyptic, viral outbreak. Kim (Amy Cale Peterson) is left in the cabin for long stretches of the day while her significant other, Mike (Dean Chekvala) goes out to plunder supplies from wherever he can find them. During the time that the audience is present for, Kim begins to suspect that her husband may not be telling her the whole truth of what is going on in their relationship.

Dead Within is able to convincingly depict the downward spiral that Kim has into paranoia, fear, and insanity. Throughout the movie, she slowly becomes unhinged. It begins with the repetition of every day in the cabin. The monotonous nature of the menial tasks that she must do to pass the time drags on and on. It causes her to lose her grip on reality. She sees and hears things that might exist but also might not. She begins having spurts of anger over small things such as toys and dish soap. The entire trip down into her darkest depths is well conveyed and believable. 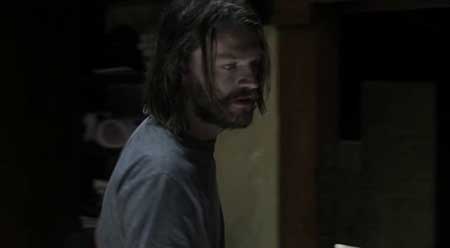 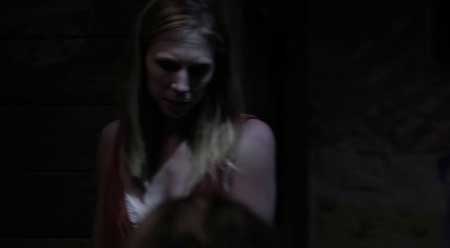 The downward spiral portrayed in Dead Within was aided by the location in which the movie took place. The cabin in which Kim and Mike were staying provided a sense of cabin fever as the movie advanced. It contained three rooms: a bedroom, a bathroom, and a common area with everything else. The small size of the cabin gave off a feeling of claustrophobia which only furthered how sympathetic you were to what Kim was going through.

Also contributing to the overall feel of the situation was the unseen outside world. The entire film is spent inside the cabin with Kim. Outside the cabin, something has happened to society. Civilization has fallen to shambles and anyone who goes out there runs the risk of being torn to bits by unseen monsters. It is revealed later in the film that the monsters are humans. But the movie never actually shows the outside world. Much like Kim, the audience is left in the dark as to what is happening beyond the door of the cabin. You want to know what is happening and it makes the extended time in the cabin a bigger burden. 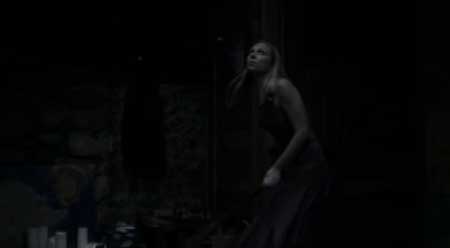 Because we are left in the cabin with Kim while Mike goes out to look for supplies, we come to sympathize with Kim and experience things in the same way as she does. As the movie progresses, we lose sense of what is real and what isn’t, much the same as Kim. You don’t know if what she is experiencing is actually happing, if it is a dream, or if she is hallucinating. The four writers (including director Ben Wagner and the two lead actors) did a good job of putting the viewer into Kim’s point of view. Being in her shoes helps to provide sympathy for the character and strengthens the film. It makes the final twist more poignant. 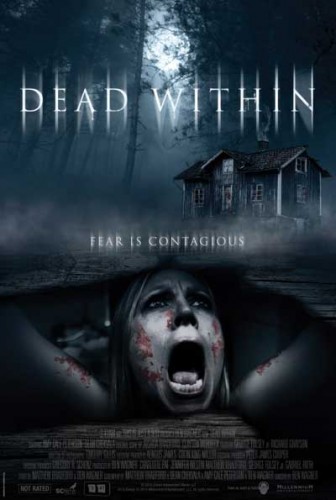 If you couldn’t tell, I enjoyed Dead Within. It was much better than I expected going in. It may not have had a whole lot of action in it, but it analyzed the deteriorating mind of someone in a way that I found captivating. The performances by Peterson and Chekvala help to anchor the film and the contained setting heightens the claustrophobic feel that the main character is experiencing. The movie comes together fairly well and makes it deserving of having people watch it. It’s not bad. Dead Within is not bad at all.