Kevin Smith Invites You To Light Up and Enjoy The Show

Here’s a product tie in we haven’t see used before.  Leave it to Kevin Smith to push the envelope as he teams up with The World’s Best Ever and Buds & Roses to come up with some product for your smoking enjoyment – based on his new film ‘Tusk’.

Say hello to “Mr. Tusk” and “White Walrus” two new cannabis strains on sale now as a tie in to the release of ‘Tusk’.  Here are the details:

“These strains of pot have been grown by Kushman Veganics as “Veganic Chernobyl (GT)” and “Kens OG” for Buds & Roses, one of Los Angeles’s oldest and most respected medical-marijuana dispensaries. Accompanying this in-store promotion, limited edition herb grinders bearing the Tusk logo will be given away to patients of the dispensary and fans of the film, so that they have a daily reminder of the soul crushing spirit of the film’s main antagonist, Howard Howe. And what would all of this be without a user-generated contest? Until the release of the Tusk on September 19th, we’ll be asking fans to submit to instagram their best pictures of #WalrusBreath, optimally described as “the act of creating tusks by blowing smoke or vapor out of one’s nostrils.” 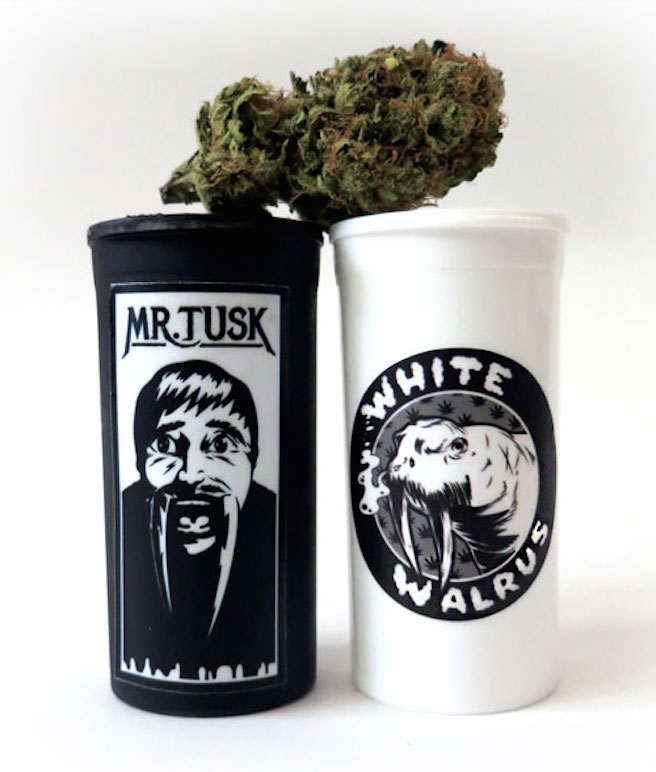 You’ll be able to catch ‘Tusk’ on Sept. 19th when it rolls into theaters