Home | Articles | Feature Article | LONDON AFTER MIDNIGHT – Will the Legend ever be Uncovered?

LONDON AFTER MIDNIGHT – Will the Legend ever be Uncovered? 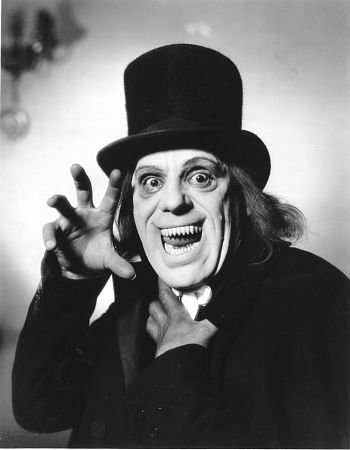 London After Midnight, the legendary lost Lon Chaney film, still eludes the eyes of the world. Originally released in 1927, the suspense/horror tale was directed by Tod Browning (of ‘Freaks’ notoriety) and adapted from his own short story.

As legend now states, the last known copy of the film was destroyed in the catastrophic vault fire at MGM studios in 1967, and has since then moved into the realms of myth as film lovers around the world continue to search for an elusive copy of the film. The complete lack of any other copies of the original film has created a fascinating Holy Grail-style story around the movie, which fascinates and entrances collectors and old-school horror fans to this day.

There is the notion that somewhere out there, possibly hidden in wrongly marked film canisters, there is a complete cut of London After Midnight just waiting to be found. But is there? Could it be that this film does actually no longer exist beyond a few photographic stills and script information? That’s not a thought which sits well with a lot of connoisseurs who dream of discovering the elusive treasure, which is understandable.

The very lack of its existence makes it hugely interesting, especially in an age when pretty much any horror movie, or indeed any film at all, is accessible pretty much instantly through one means or another. The idea of a missing potential masterpiece featuring one of the greatest horror icons in history is an attractive one, which has caused a number of devoted collectors and film experts to search the world for any sign of a complete version of the film. Hell, an incomplete version would be a start. 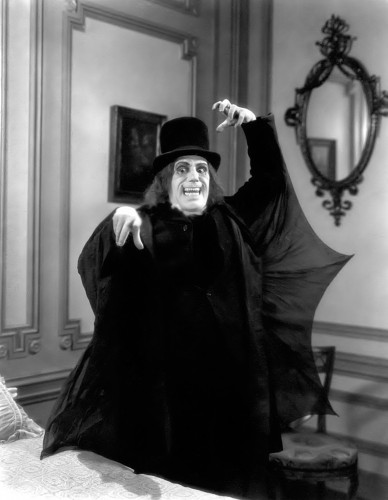 Interestingly, the film isn’t the horror story that the images would lead you to believe. Lon Chaney’s vampiric ghoul that is so iconic in the still photographs is actually a police character dressed as a ghoulish, fanged villain. He uses hypnotism in order to make the murder suspect recreate the murder. That’s why the images of Chaney’s character seem almost cartoonish in appearance – it’s a character disguise rather than a character’s actual face.

Certainly of note is the fact that the audience was actually able to watch Chaney apply his own makeup in the film. His legendary box of tricks is used as an on-screen prop, and for the first time in a film he was seen actually working the magic that he was known for with his putty, wigs and other tricks from the famous makeup box. That material alone makes London After Midnight and incredible piece of film history, but despite a hoax here and there and the occasional rumour, the film remains lost. Perhaps this is one horror classic which will always lurk in the shadows. Maybe that’s where it should stay – lurking in mystery.