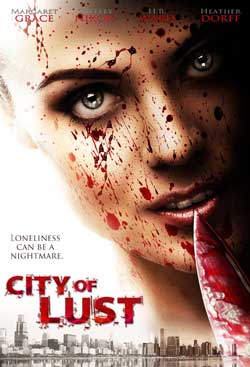 A Modern Giallo Horror Film, YELLOW tells the story of a lonely young woman who begins an unlikely relationship with dire consequences.

So this film is described on IMDB as “A Modern Giallo”. I’m a fan of Italian suspense/horror films, so I thought, hey awesome!!

Our story follows a young girl named Arianna (Margaret Grace) trying to make her way in the big city as a hair dresser and escape an apparently unpleasant past. More on that in a minute. 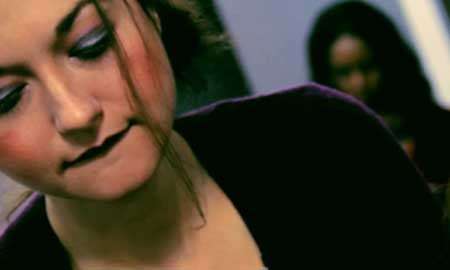 Arianna is obviously quite lonely and uncomfortable in the city. She doesn’t go out, or have many friends outside of the salon she works in. And even there, not many friends. The salon manager is a raging bitch, a random gay man hangs out in the lobby all day just to insult Arianna, and the other stylists click their tongues and giggle at her behind her back.

There is one friend in the salon – a (cross dresser? transgender? transvestite? not sure, really) called Renee (Kyle Greer) who tries to get Arianna out into the night life with disastrous results. Arianna spends her nights sleeping in the closet and reliving a nightmare of rape/physical abuse from her childhood. Sounds like a fun chick, right? 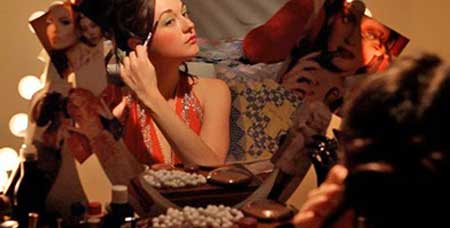 Eventually, Arianna starts calling a sex hook-up line in an attempt to connect with someone on any level. She begins a series of phone calls, almost nightly, with an operator named Jackie (Jill Oliver). Eventually, they meet in person and start a relationship.

Meanwhile, the ghost of Arianna’s past arises in the form of her brother. There seems to be something very twisted about their family dynamic. The brother shows up at mom’s house, demanding to know where Arianna is. Seems there is a permanment restraining order in place to keep him away from the family, especially his sister.

All these characters intersect as both friends and enemies alike of Arianna’s start turning up dead. Starting with the bitchy salon owner, who fires Arianna on some BS charge of retail theft, characters start dropping all over the place. Both Arianna and the audience are left to figure out just what the heck is going on here and who is responsible and why.

Almost the entire cast are first timers (or two or three projects listed) acting in a film. The acting isn’t bad. A few experienced actors are in the production, mainly in small roles. Such as mom, played by Joette Waters and Ashley played by Heather Dorff. 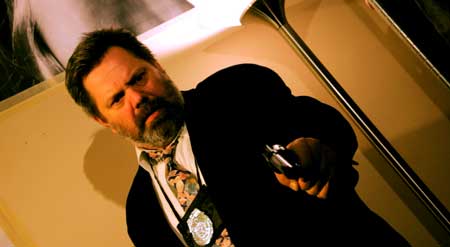 Visually the film really does have that 70s-80s foreign horror film look. Costuming, lighting, and the score all really sell the Giallo concept.

Now I’m going to be honest….I didn’t watch this film to the end. I just couldn’t do it. It was slow, and bland. A few good gore shots, few and far between. and the promise of the hot girl-on-girl action? yea, not so much. They reach for each other and…fade to black.

I found reviews on-line for this film that were very generous. Sadly, I just can’t do the same. I tried to watch it all the way through, but it was such a long, forced march that it was more than I could do.  I’ll probably give it another try at some point and if I change my mind about this review, I will absolutely post a revision. 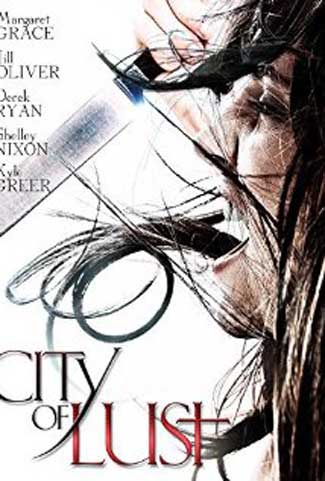 on a scale of one to ten, ten being awesome, I’m giving this film 2 hair color tubes.