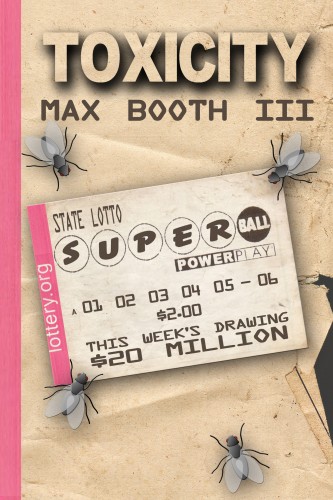 With his newest release, Toxicity, Max Booth III has taken a break from the wild western zombies of Black as well as the flash fiction of They Might Be Demons and thrown us into the complex, nasty world of the suburbs of Chicago. Having grown up there, I can vouch for this; they are truly frightening, indeed.

The world he shows us is one full of trashy scumbags and bad criminals, down on their luck losers and high school kids who are just as high as they are rich. He drives us smack dab in the middle of a bunch of trouble, lets us watch three separate storylines begin to interweave just enough to make us worry what might happen when they all come face to face, then kicks us out of the car and leaves us there, laughing as he drives away. It could be worse, but lucky for me, this fly just appeared and is giving me some advice.

There are three main characters in Booth’s Toxicity. We have Maddox Kane, a would-be star on the Chicago Cubs, who had the skills to be a major leaguer, but lost his chance thanks to his lack of skills when it came to small-time crime. Now, ten years later, he has been released from prison. But now he’s homeless, his family having abandoned him long ago, and he’s faced with an uncertain future. His daughter, Addison, also plays a big role in the story, but she has problems of her own. Sure, she’s got a nice boyfriend who would pretty much do anything for her, but outside of that, her life is hell. Her mom is pregnant and strung out, and her stepdad abuses her in every way imaginable. And now her dad is trying to re-enter her life, a dad that she barely even knows except for all the horror stories her mom has told her.

And then there’s Johnny Desperation. He’s a normal, everyday punk who lives in the rundown suburb of Loathing, Illinois. That is, until one day when the lottery numbers are 1-2-3-4-5-6 (reminds me of President Skroob’s luggage combination from Spaceballs), and his family wins the lottery. They abandon their stereotypical trashy lifestyle in Loathing (a fictional city) and move to the rich confines of Libertyville (a very real city), adopting an equally stereotypical lifestyle of the newly rich. It is in the ultra-rich hallways of his new private school that Johnny meets “purple,” a new drug that is quickly becoming all the rage, no pun intended.

Max Booth connects his three main character’s stories together in a very Guy Ritchie kind of way (not in a Madonna-starring bomb of a movie kind of way, but rather a bumbling criminals flying by the seat of their pants, Lock, Stock, and Two Smoking Barrels kind of way) that leads up to a very Robert Rodriguez/Quentin Tarantino kind of finale. Maddox finds a place to stay at his brother’s trailer, but quickly realizes that his life of crime might not be completely behind him. Addison is attacked by a drug-crazy kid, and when her boyfriend Connor saves her, they find themselves in a bit of trouble as well. Meanwhile, Johnny has abandoned his former life and friends in favor of his new, rich lifestyle, one that includes girls (that want his money), drugs (that make him crazier and crazier), and a fly that convinces him that the End is near, and he is the only one that can do anything about it.

Toxicity is full of crazy intense violence, quirky characters, and a dark sense of humor that makes us temporarily forget the horrors that we are stuck in. As might be expected, everything culminates in an explosive finish, one that might not quite go the way you’d think it would. No character is safe from Booth’s madness as soon as heads start to roll, main character or not, which is something I heartily appreciate. The writing is smooth throughout, allowing the action to continue on full force from page one to the end, but still making room for inside jokes (from some characters names to the sudden appearance of a goat, there are quite a few fun nods along the way) and genre humor. Sure, there are a lot of characters to meet and get to know along the way, but this quickly becomes acceptable as we realize that this allows us even more fun at their expense. It’s interesting to see Booth take his usual horror approach and switch it around a bit to create a novel about crime, drugs, and family. This book gets a solid 4 out of 5 stars from this reviewer. 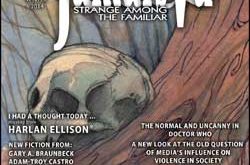 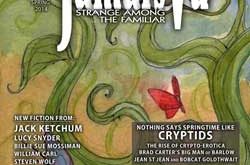 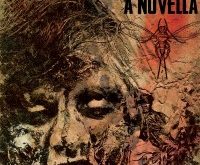