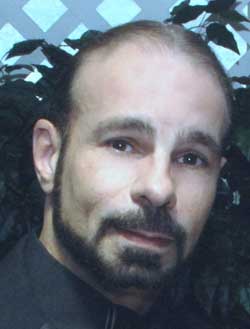 How did you get started and what made you become a writer?

Nick-I began writing a journal when I was in junior high, well over 30 years ago. My older brother John was dying of bone cancer and I found that, since most people didn’t want to discuss it, writing the feelings and events down helped keep me grounded.

Writing my own stories happened shortly after. I was always an avid reader of anything I could get my hands on, especially pulp novels and comic books. I found a paperback once that had a great cover, but it had nothing to do with the story inside it, as was the case with many novels from the ‘60s and ‘70s. I was really annoyed at the time and wanted to try to write a story and have it match the cover. I haven’t stopped writing in one form or another since.

You wrote ‘Mary Horror’ and it has a really good creepy feel to it, where do you get the inspiration to write horror, mystery and fantasy?

Nick-Thank you for seeing the creepy side of ‘Mary Horror’. That was actually a film, one of a trilogy of films I’ve adapted into novels For Ryan Scott Weber. I enjoy the challenge of getting into the heads of film characters, and can create and add back story and fix continuity errors. I can add thoughts and memories. It’s fun. I can easily compare it to playing with someone else’s toys; you can mess with them, but not break them.

My original work, such as ‘Morningstars’, which I consider my baby when it comes to my recent writing, is much darker and more emotional than any film adaptation I would ever have to write. There’s more to it.

This might sound funny, but my inspiration for horror is all around me. People, places, events; there is always a dark edge that I can find and draw out into a story. I find that sort of storytelling the best because you can teach a lesson or show people, readers, something they haven’t seen.

What is your favorite genre to write?

Nick-I find that horror is my favorite because it can grab a reader’s attention and suck them into the story with a tight grip.

Could you tell us about your next project that you have coming up?

Nick-Sure. I’m adapting the film ‘Witch’s Blood’, the 3rd in the ‘Mary Horror’ trilogy of films, to be released at Chiller Theatre this April. I’m also writing another prequel to my own novel, ‘The Beasts and the Walking Dead’, which is a zombie/end of the world series. The novel will be titled ‘Crossing Lines’.

I’m also hoping to write the sequel to ‘Morninstars’ this summer, called ‘Darque and Obscure.’ 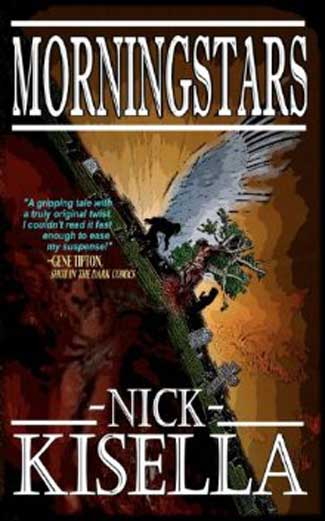 Who are some of your favorite writers and why?

Nick-Wow – I’ve got a list but I’ll try to keep it short.

For scifi/fantasy – Edgar Rice Boroughs, Robert E. Howard, Lin Carter, Richard Matheson, Roger Zelazny, and Anne McCaffrey – Their stories have such great characters – they write great people. The stories themselves are an incredible lesson in fantasy and an instant vacation from the world if you need it.

For Horror I enjoy some of Stephen King’s material, Dean Koontz, and I really enjoy Ray Garton’s material. Whether it’s ‘Live Girls’, or his latest one ‘Frankenstorm’ I can always sit back and enjoy a good story. Again, these authors are great at writing people. 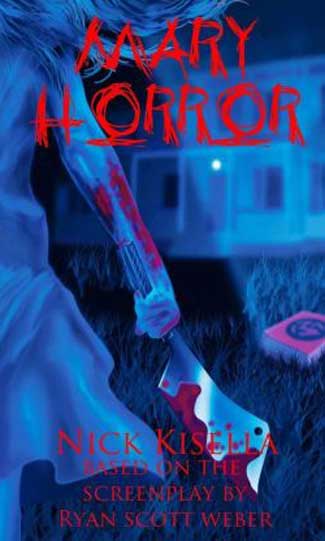 If you could spend a day with any author/writer at all, whom would you choose and why?

Nick-That’s a really tough one, but I’d have to say Edgar Rice Boroughs. He is to me, the father of the pulp novel and serial saga. He’s history living in ink and it would be great just to see how he came up with ideas and also how he got them on paper considering there were no computers back then.

Do you have any words of advice for upcoming writers?

Nick-Write when the feeling is there. Don’t force it and if you write dialogue please write it as people would speak it. Never give up.

You will be attending Chiller Theatre this year, April 25-27th, how do you feel about the conventions and do you have any stories that you would like to share or interesting convention moments.

Nick-I enjoy conventions. It’s a great way to reach people, one of the only ways to meet and greet new and old fans these days. Chiller Theatre is the best though, by far that I have ever attended or been a part of. I would be pressed to give a funny story because so many of them happen during that weekend. Though I have to say, and to me this is funny because I guess I don’t look like a person that writes novels; a woman approached me and asked if I would charge to have a picture taken with me as everyone does. I told her ‘no’, I’m an author, not a celebrity, and she laughed, had some pictures taken and bought a couple of books. It was cool. It’s always cool at Chiller Theatre.

How do you feel about the fans who have already started to come dressed as Joe Parascand’s character Sheriff Tom?

Nick-I think it’s great! He’s a really nice guy, and he plays Sheriff Tom so well. I like to see people let it all go and dress up for a convention. It’s part of the fun, and with Sheriff Tom, ‘It’s all good’. 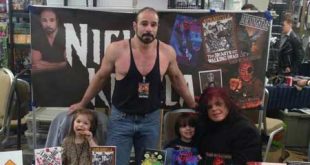