Contest: Win The Black Waters of Echo’s Pond on Blu-ray 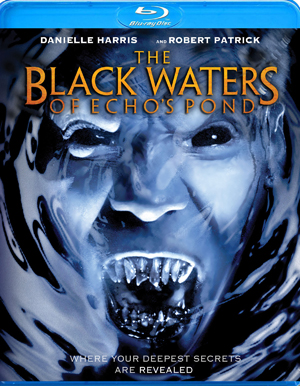 The Black Waters of Echo’s Pond received a limited theatrical release back in 2010, and the movie has sat on the shelf since. With a great cast – including Danielle Harris (Halloween), Robert Patrick (Terminator 2), James Duval (Donnie Darko), Nick Mennell (Friday the 13th) and Electra and Elise Avellan (Grindhouse) – fans were clamoring to own it.

Thankfully, Anchor Bay put the film out on Blu-ray and DVD this week. Better yet, we have two Blu-rays to give away!

To enter the contest, simply email me with “Black Waters Contest” in the subject. Be sure to include your name, mailing address and zip code in the body of the email. This contest is open to U.S. residents only.

Entries will be accepted until September 10th, at which point two winners will be drawn at random. Good luck!

In the film, nine friends take a holiday at a Victorian home on a private island off the coast of Maine. There, they uncover a game first discovered as part of an archaeological expedition from over 80 years ago that resulted in a series of mysterious – and grisly – deaths. What they don’t realize is that when played, the ancient artifact brings out the worst in each of them. Jealousy, greed, hatred, lust, all of the things they keep buried deep inside themselves rise to the surface and come to a boil. A warning to all those who start the game: it just might finish you!

Order The Black Waters of Echo’s Pond on Blu-ray or DVD.