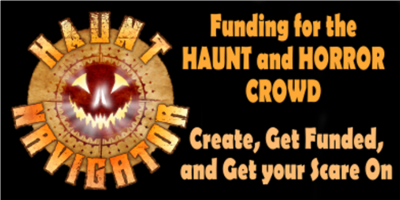 This is a funding platform for Haunt and Horror genre projects. HauntNav allows creative projects in the worlds of Haunted Attractions, Home Haunters, Props, Design, Special Effects, Film, Costumes, Games, Music, Masks, Publishing, Technology, and Theater. All categories are related to the Haunt and Horror genre. HauntNav.com is full of ambitious, innovative, and imaginative projects that are brought to life through the direct support of others.

Each project is independently created and crafted by the person behind it. The filmmakers, musicians, artists, and designers seen on Hauntnav.com have complete control and responsibility over their projects. They spend weeks building their project pages, shooting their videos, and brainstorming what rewards to offer backers. When they’re ready, creators launch their project and share it with their community.

Creating and launching a project is 100% free. There are fees at the completion of the campaign though. HauntNav.com takes a percentage of the campaign when the project deadline ends.
“We’ve kept our fees in line with other crowd-funding sites. We collect 5% of the entire project if the goal of the project is met.”, explains John Stodghill, President of Wailing Head Productions.
“We like to be up front about the fees because we do need to pay the overhead costs to running the site. This helps the project owner decide how much they need to set their goal for also.” he said. The fee is deducted at the end of the project.

The ‘Keep it ALL’ campaign works a little differently. In this campaign project creators set their funding goal and deadline. If people like the project, they can pledge money to make it happen. In this campaign if the project does not reach its goal the campaign is given the choice to take what was donated or not. The end fee is higher for this type of campaign, 9% is deducted from the collected amount. If the campaign decides to not take the money then no one is charged. If this campaign does reach its goal then only 5% is deducted.

Everything on HauntNav must be a project. A project has a clear goal, like making an album, a book, or a work of art. A project will eventually be completed, and something will be produced by it. HauntNav does not allow charity, cause, or “fund my life” projects.

A lot of backers are rallying around their friends’ projects. Some are supporting people they’ve long admired. Many are just inspired by a new idea. Others are inspired by a project’s rewards – a copy of what’s being made, a limited edition, or a custom experience related to the project.

In most cases, the majority of funding initially comes from the fans and friends of each project. If they like it, they’ll spread the word to their friends, and so on. Press, blogs, Twitter, Facebook, and HauntNav itself are also big sources of traffic and pledges. Altogether, thousands of people visit HauntNav every week.

Project creators keep 100% ownership of their work. HauntNav cannot be used to offer financial returns or equity, or to solicit loans. Some projects that are funded on HauntNav may go on to make money, but backers are supporting projects to help them come to life, not financially profit.

Have questions that weren’t answered here? You can contact HauntNav at: support@hauntnav.com
Or visit HauntNav.com and check out their support pages. 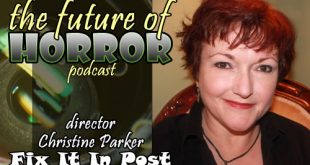