‘GOLIATH’ proved to be a giant in its first week on-sale, landing the BUTCHER BABIES the top spot on the Billboard New Artist/Heatseakers chart. Released July 9, the debut album entered the chart at No. 1, while also entering the Billboard Top 200 album chart at No. 112 with first-week sales in excess of 3400.

Hailed as one of the must-see bands on the 2013 Rockstar Energy Drink Mayhem Festival (dates below), fans and critics alike are heralding the debut album from Los Angeles’ BUTCHER BABIES.

“Their debut album ‘GOLIATH’ is a relentless, full-force storm from start to finish… The breakdowns are heavy, the solos are face-melting and the screams created by vocalists Heidi Shepherd and Carla Harvey are absolutely ungodly, but in the greatest of ways.” –new-transcendence.com (10/10)

“...the record to beat in 2013. This CD is a monster and has really raised the bar for not only female metal singers, but metal bands in general. Believe the hype, this is a must buy CD. The BUTCHER BABIES are for real, and metal will never be the same again.”

“BUTCHER BABIES come out with guns blazing. The songs are aggressive and intense… Primal screams alternate with melodic singing; it’s beauty and the beast vocals with two beauties.” –heavymetal.about.com (3/5)

‘GOLIATH’ is also leaving its mark on radio, where “I Smell A Massacre” has climbed to No. 5 on the Sirius XM Liquid Metal Devil’s Dozen countdown and “Magnolia Blvd” is in the Top 20 on the CMJ Loud Rock chart and in rotation at Sirius XM Octane. You can watch the lyric video for “I Smell A Massacre” here, and a video for “Magnolia Blvd” has been filmed, with release details to be announced shortly.

The album is available in physical formats at Best Buy, FYE, Hastings and your favorite independent record store, and in exclusive mail order bundles via CMDistro.com. The album is also available digitally through both iTunes and Amazon.

1. I Smell A Massacre

Beyond Mayhem, BUTCHER BABIES will be performing September 14 at the Monster Energy Aftershock festival in Sacramento, CA, and have also been announced as a featured performer at Rob Zombie’s Great American Nightmare on October 26. 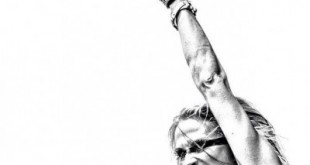 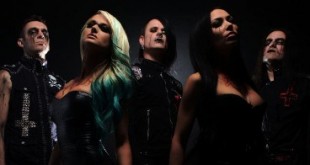