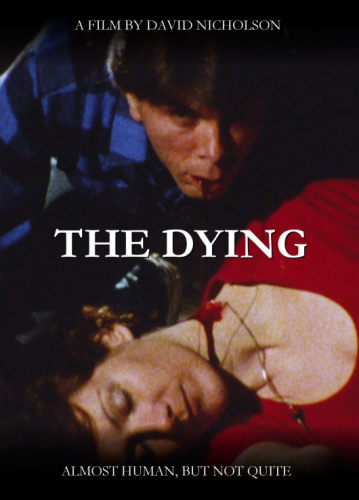 Nicholson, this ambitious feature film tackles some very complex issues as seen through the eyes of vampires.  “Almost human, but not quite” defines these characters well  They bear little resemblance to the vampires of old except that they are very difficult to kill.  Even though it was shot on a budget that was less than they spent on catering for one of the Twilight movies, the story mixes action, blood and gore with a moody drama as if it were a much larger production.

Ah, 1997.  Those were the days, friends, when every third or fourth low-budget horror flick rarely involved zombies, and the found footage stampede had a few more years before “Blair Witch Project” paved the way.  Actually, “Paranormal Activity” truly jump-started the craze, “Blair Witch” merely serves as an everlasting template.  Vampires, though hot commodities as well these days thanks to “Twilight” and “True Blood”  (both of which I dislike for completely different reasons), seem more of a staple and less of a fad.  Since nearly the dawn of cinema, these nocturnal creatures have been a part of the pop culture, before the phrase “pop culture” existed in fact.  Even when cinematically boiled down to a rampaging monster, the vampire is an intriguing entity indeed.

Not so much in our latest offering.  Though scoring cool points before even beginning by being filmed on stripped-down 16 millimeter film (I dig that old home movie look), “The Dying” offers up a few interesting concepts but rarely delivers on them.  Our sort-of-hero, Fred (Scott Pflanz) knows something is amiss in his crumbling neighborhood, and he seems to be the only one aware of the bloodsucker lurking the streets at night.  That is, outside of his mother whom he lives with, portrayed by Sarah Strauss with a resemblance to many matriarchs I’d encountered as a citizen of rural Michigan.  She ignores his tirades about the creature with queries pertaining to purchasing her more cigarettes and booze (ah, home).  His first experience with Michael W. Mahoney’s rather blah yet vengeful vampire Frank ends in him driving away like a scared little senorita after encountering Frank’s son Dean (Gregory Nunn) in the alley where Frank feeds on a female victim in the standard B-movie neck slurping fashion.  Apparently, Fred couldn’t just stab both of them with the well-whittled stake he’d brought along.  This dude is a bit of a puss.  Van Helsing, or even the Frog Brothers, would have turned this into a short film.

After further profane posturing about how badly he wants to kill that vampire and be the hero for once in his Officer Dingle from “Reno 911!”-resembling existence (I may have been summing up in that last part), Fred is finally roused into action.   He discovers the previous alley victim in his bed, which leads to even more shrieked obscenities and impotent threats to his now completely unconscious mother before he drags the corpse out to his car to dispose of the evidence.  On his way out, he spies Frank sneaking into the building.  He hastily returns to home, leaving the dead body in his car for all the world (or, more pertinently, a pretty beat officer) to see.  After discovering Ma drained of her blood in the kitchen, he and the vamp battle throughout the apartment, resulting in his growing a pair and slitting Frank’s throat, following it up with a well-placed broken piece of door trim to the chest.  Unfortunately for our now-hero, that’s precisely when the cops show up.

“The Dying” takes a unique turn at this point, as Fred is arrested for the murders and must deal with the due process of law, never wavering from his story of the evil vampire.  So often in any horror movie, the police serve as mere cannon fodder, a useless (or even detrimental) presence until dispatched of by whatever bad meanie serves as a film’s antagonist.  Here, they actually seem to be performing their jobs to the best of their abilities.  Credit for albeit mishandled gritty realism must go out, half-assedly, to director David Nicholson and writing partner J. Michael Guada for painting a stark, unglamorous picture of the quintessential night stalker.  At times, they hit the mark, notably in the sequence after Frank escapes the morgue van, barely alive, and sneaks into the basement of an abandoned building to revive before strong enough to feed again.

This is the point when “They Dying” goes completely off the rails.  I hate to employ such an overused metaphorical phrase to describe, but that is precisely what occurs for the next forty minutes of screen time.  We are suddenly introduced to the home life of our villain, as Dean’s new girlfriend  Sara (Rebekka Grella) learns who they are.  The soap opera between the three makes archaic “Dark Shadows” episodes look edgy.

Chuck full of turns but no twists, the fam quickly dispatches of no-longer hero Fred once he’s out of jail, then proceeds to go about their mundane existences.  Their dysfunction is soon interrupted by Lori (Lisa Ann Frisone), a past victim who survived due to the intervention of belated-hero Dawn (Helene Colaizzi) and must face Frank in a final showdown that both have been drawn towards through vivid and dull dreams.  This confrontation is so very anti-climatic, I was expecting the introductions of still more characters once the film reached its end.  Instead, I was greeted by the closing credits, which were indeed welcomed.

It tries so very hard to bring a new voice to the vampire genre, “The Dying” does.  Unfortunately, it exceeds in mere tedium, despite a few eyebrow-tweaking moments of “Where the hell are they going with this?”  I applaud any attempt at originality, though not nearly as boisterously as I despise boredom.  “The Dying,” though on the cusp of fresh ideas to infuse into the genre, provides only tedium.  I almost wish the film makers had attempted further projects beyond this rubbish, as there is a spark of invention there.  Then again, perhaps we’re all better off that they didn’t.