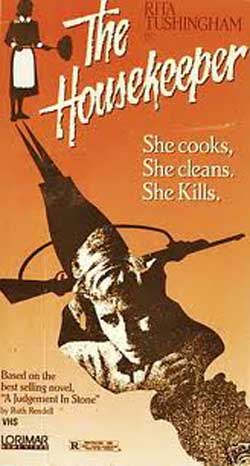 An English woman, psychotic and sexually repressed, murders her sadistic father, then moves to America. She soon secures a job as a maid for a wealthy family. Soon her severe psychosis and her attempts to keep her sexuality from asserting itself combine to cause trouble for all concerned

It’s just as dangerous having a live-in maid as it is being one. Coming into a new household, you never know how your employers will treat you, and living there under their care means subjecting yourself to their will. Likewise, though, a housekeeper can make her employers pay for any mistreatment, not just by spitting in their food or missing a few key dirty spots but by threatening to expose their deepest, darkest secrets. 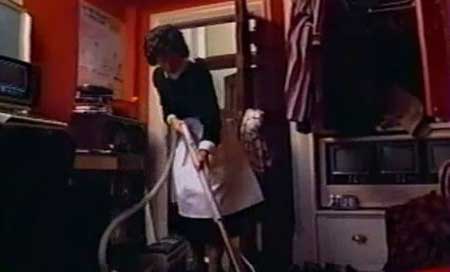 That’s what The Housekeeper uses as its setup – a live-in maid named Eunice (Rita Tushingham) comes over from England to make herself a name in a rich doctor’s household. She’s a mousy, repressed woman who was mocked in school for her inability to read and then pushed around by her father even in adulthood; her illiteracy makes her a difficult candidate to employ, but the housekeeping boom in America seems like the perfect place.

That is, until Eunice realizes that reading is sort of a job requirement. And instead of quickly admitting that, hey, she never learned, she decides to keep it a secret and punish anyone who tries to make it known that she’s not qualified for the job. She soon finds trouble with her employers’ son and daughter – who aren’t related by blood, because they’re stepchildren (that will be important) – and a friend in the local crazy religious postwoman/general store owner Joan (Jackie Burroughs). 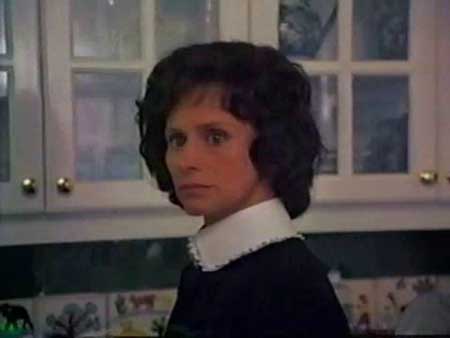 The Housekeeper is a slow burn, a very slow one – there’s a shot of urine running down a young girl’s leg in the first scene and a suffocation soon after, but other than that there’s little action throughout at least the first half of the film. That’s not a bad thing, because we see Eunice as a person – she’s deeply disturbed from her earlier life and all of the torture she’s been put through, and the moments where she must deal with not being able to read are embarrassing for the viewer as well as the character. 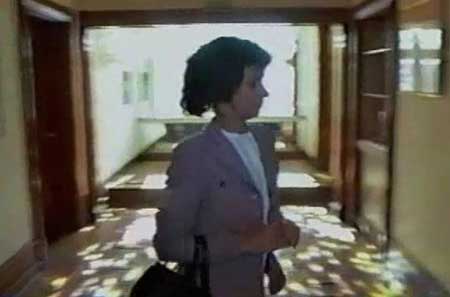 But much of the film is focused on showing Eunice in various stages of cleaning the house – interesting for people learning to be a maid, but not so much for the viewer. These are obviously shots meant to show us how good Eunice is at her job besides the whole reading lists and taking notes thing, but it’s also quite boring to watch for over an hour without much happening. It’s also meant to create a connection between viewer and Eunice – watching her slave over these rich yuppies, who don’t really have much to worry about besides some dead prized flowers and a borderline-incestual relationship between their stepchildren, exaggerates Eunice’s own problems, as well as those of the town. 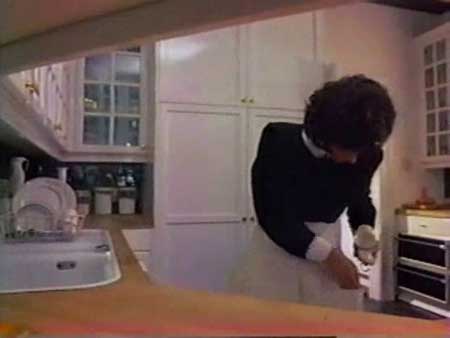 The Housekeeper does a good job of setting all of these themes up, but what it does with them is seriously confused. It tackles religious fanaticism, small-town paranoia, issues with illiteracy and the importance of reading; but whatever ideas it builds up, it never comes up with a solid conclusion for them. The film ends with Eunice, now just as religiously insane as Joan is for reasons that aren’t shown or clear, getting fired because she lies and blackmails, and in a vengeful and religiously-fueled rage, she takes a shotgun to her employers.
Where this comes from isn’t clear; for a film that moves so slowly, the immediacy of this decision is strange and feels like the audience has missed something. And it also negates all of the themes that have come before it. Whatever relationship Eunice has built with the audience – the relatability of the poor doing the rich’s bidding – dissipates when the religious angle takes precedence over everything else. It’s partially because this really comes out of nowhere, and Eunice even says that she’s not particularly religious herself. 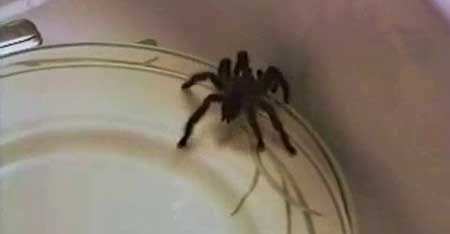 It’s hard to say, too, how horror fans will receive the film. The Housekeeper often feels like a BBC drama, too caught up in the normal affairs of Eunice’s life to feel scary or threatening. There are moments that venture into that territory, like her own hallucinations of her dead father, but for the most part these are severely lacking. In short, The Housekeeper cleans up its plot lines unnecessarily abruptly, and its plot – while interesting – is too muddled to be effective.