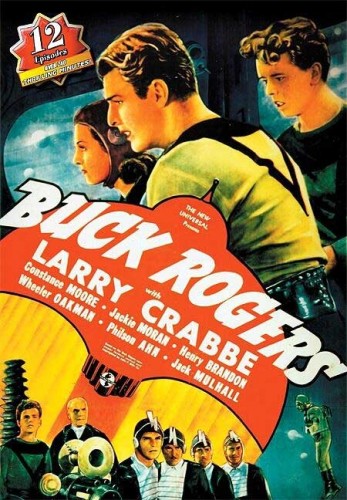 “Buck Rogers re-edited from serial to feature format and re-released for theatrical distribution in 1953. An American soldier suspended in time wakes up to find himself in the futuristic world of the year 2500. Once settled he realizes that an evil villain, along with his gang of outlaws, has been trying his best to gain total control the the universe and everything in it. Buck Rogers has other plans for these thoughtless henchmen and will do anything he in his power to stop them in their tracks.” (courtesy IMDB)

Yes, it’s really me, Nigel Honeybone here again to thrill you with amazing exploits of death-defying daring-do, as we zoom from planet to planet in spark-sputtering space ships, battle human robots and conquer new worlds – and that’s just the press release! This week we revisit yesterday’s tomorrows as atomic war comes from outer space – again – and we explore the Twenty-Fifth Century with Buck Rogers as he saves the world – again – in the 1953 anti-classic Planet Outlaws (1953). Oh wait, was that a spoiler?

Have no fear – come out from behind the couch – this is not the 1979 Glen A. Larson series Buck Rogers In The Twenty-Fifth Century, which starred a stupid robot and his annoying sidekick Twiki, so those expecting white spandex and expensive special effects to cover-up the lack of acting talent will be greatly relieved. So now that you’ve relieved yourself, I’ll shall delay no longer and get stuck straight into Planet Outlaws! 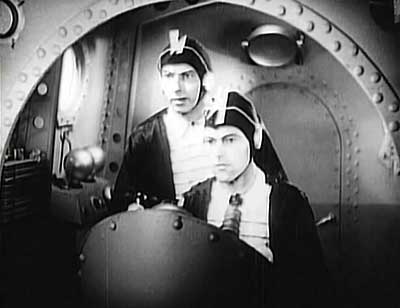 I guess twentieth century viewers were less sophisticated than we are in the twenty-first century. We would never allow an organisation like Universal Studios to take twelve perfectly fine thrill-thronged episodes of Buck Rogers from 1939 and cut them down into just sixty-eight minutes of silver-screeniness with a different title, as if we’d never notice. No, in these enlightened times they’d simply release the entire serial on DVD with special features, bloopers and directors commentary in Mongolian. 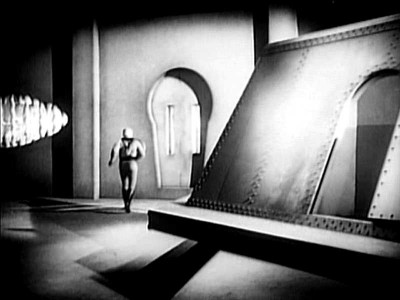 Director Ford Beebe, who also worked on Flash Gordon (1938), came straight from The Phantom Creeps (1939) and then went back to Flash to finish Flash Gordon Conquers The Universe (1940). Planet Outlaws stars Buster Crabbe, or as his family knew him, Lawrence. Now, Lawrence ‘Larry’ ‘Buster’ Crabbe had previously starred in two Flash Gordon serials, a couple of Tarzan movies and a long string of westerns, so it was only natural for Universal to decide he was perfect as the heroic Buck Rogers, aka that blonde guy who keeps saving the universe but isn’t Flash Gordon. Actually, Buster Crabbe wasn’t the first actor to play Buck Rogers in-the-flesh. That honour goes to an unknown man who played Buck in a Virginia department store, instead of their regular Santa Claus. Santa was off Conquering Martians at the time, I think it was an exchange program of sorts. 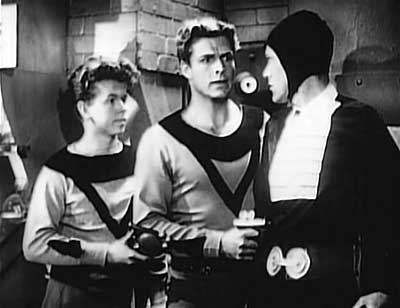 Jackie Moran, being one of the least-remembered but most-active child actors during the thirties, found his feet as sidekick and ‘special friend’ George ‘Buddy’ Wade. After thirty films within in a single decade, Jackie retired from acting at the ripe old age of twenty-three. In the sixties, a screenwriter using Jackie’s real name, John E. Moran, worked extensively with Russ Meyer, notably on the films Faster Pussycat! Kill! Kill! (1965), Common Law Cabin (1967) and Wild Gals Of The Naked West (1962), also playing small roles in the latter two films. The credits of the two are often confused, and even in this age of the Information Super Cul-De-Sac, verification can be difficult. 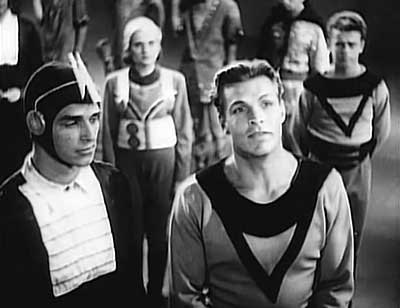 Constance Moore was probably just glad to get the work in what would come to be her first and only high-profile film role, cast as the seldom-seen romantic interest Wilma Deering, a role made far more prominent by Erin Gray and lycra in the Glen A. Larson television series. Anthony Warde, who had a huge amount of work under the pseudonym ‘uncredited’, plays the evil Killer Kane. In the original comic strip, he was called Oba Kane, had a twin brother named Nova and a pistol called ‘Baby’. In the comics he also had a girlfriend named Ardala Valmar, but the more evil Hays Code would not allow any of this background to be used, so instead Kane is presented as just another despotic ruler of a future Earth. 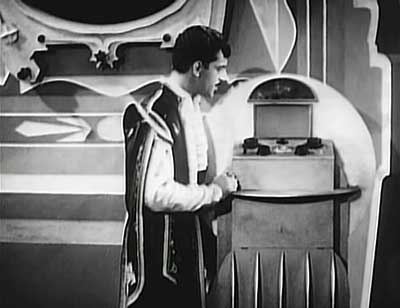 But if you’re starting to think sixty-eight minutes of black-and-white futuristic blasts from the past is a bit beyond you, and you have all those socks to wash before Monday, you should at least stick around to see Prince Tallen of Saturn, wonderfully played by Philip Ahn in a rather embarrassing piece of typecasting. You may remember him as Master Kahn from the early seventies television show Kung Fu. I hope he kept the costume, if only to see what it looked like in colour. There, I don’t think I gave too much away of what little plot there is. So, come fly with me and Buck Rogers in a sparkler-powered steam iron in Planet Outlaws.

It strikes me that Planet Outlaws is like a male fantasy come to life. Just think of it – Buck gets to take a nice five-hundred-year-long sleep-in. With my busy schedule, I’m ecstatic if I can get twenty minutes nap on the weekend. Then, when he wakes up, Buck is the smartest, most dynamic guy around. In reality he’d be treated like something that’s escaped from the zoo. And finally, everyone needs Buck to go on exciting missions, fight the bad guys, test exotic equipment and crash rocket ships. Out of the half-dozen flights Buck makes, he only lands successfully once. 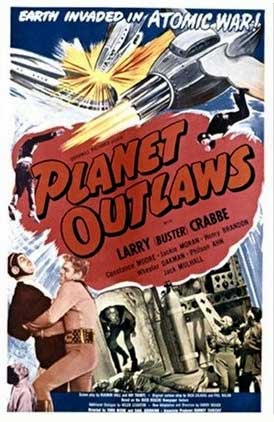 It’s easy to see the bullet cars used in the movie are the same ones from Flash Gordon’s Trip To Mars (1938), and even the script is rather suspect. Planet Outlaws is based on an unofficial Flash Gordon story illegally published in 1936, in which Flash travels to Saturn, but this story was not, and has never been, considered part of the Flash Gordon universe. The final rip-off, the music for Planet Outlaws is from The Bride Of Frankenstein (1935). Is there no shame in Hollywood? What am I saying?! So, as Uranus sinks slowly into the sofa…I mean the west, I bid you goodnight and farewell until we again to grope blindly around the bear-trap known as Hollywood for next week’s star-spangled celluloid stinker for…Horror News. Toodles! 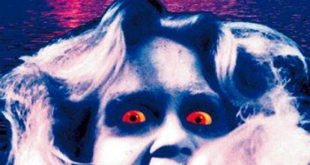