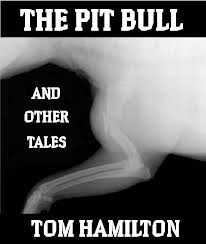 The Pitt Bull and Other Tales
Author: Tom Hamilton

As of late, self publishing in Ebooks seems to be the way to go for most aspiring authors. Unfortunately, this has lead to a huge influx of literature that doesn’t really have any place being published either because it simply fails as entertaining or is so wrought with spelling and grammatical errors that it becomes unreadable. Such is the case with Mr. Hamilton’s The Pitt Bull and Other Tales.

All told, there are five short stories offered in this particular collection and although each has an interesting concept, they are all too complicated and error-ridden for their own good. It’s easy to tell that Mr. Hamilton has some good ideas and that he certainly loves a good metaphor, but the issue here is that just about every other sentence is a metaphor or simile, which makes the stories more aggravating than enjoyable.

Quite often while reading this short collection, I found myself confused as to what exactly I was reading or what meaning Mr. Hamilton meant to have behind a particular sentence. For example, during my reading of his title story I ran across this:

“The thought of being locked inside a cattle car flickered through my disgusted mind. The irrepressible stench of liquidated manure. Snots as big and lively as snails congealing inside the silver dollar sized nostrils of the livestock. Squashed rectangles of flat indestructible shafts of maize light framing my ill eyes, as I tried to peer in between the slats of boards.”

Personally, this sort of paragraph served merely to throw me off. It’s not that I didn’t understand what the author was trying to convey; he merely wrote it in a way that seems entirely too contrived, as though he’s attempting to sound poetic and intelligent in his writing but can’t quite make it.

As is the case with most Ebooks these days, this one is, sadly, filled with errors both grammatically and spelling-wise. This is rather unfortunate, considering that the writing is decent and the ideas behind the stories are unique. The multitude of errors and contrived style of writing, however, is simply too distracting for the average reader to find much enjoyment.

Tags The Pitt Bull and Other Tales tom hamilton 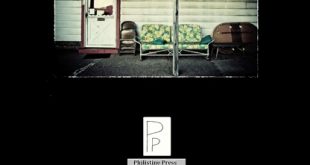