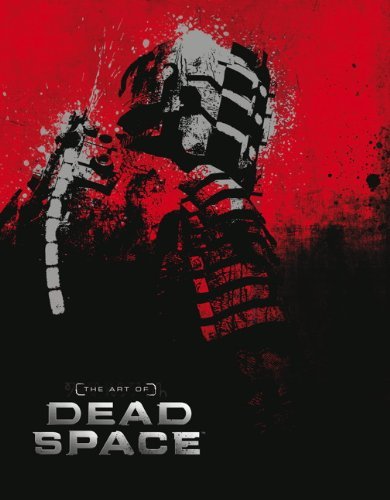 The book is authored by gaming journalist Martin Robinson, who previously worked with Titan Books on the similarly-themed Halo: The Art of Building Worlds. After a nice foreword by Dead Space 1 and 2 art director Ian Milham, Robinson writes his own introduction, which name-checks such genre favorites as H.P. Lovecraft, Bela Lugosi, The Thing and Silent Hill.

The tome is then divided up by subject: Isaac, the series’ iconic hero; The USG Ishimura, the planet crack starship where much of the action takes place; Machinery, including the future’s various tools, vehicles and more; The Marker and Unitology, the unique religion that drives the story; Necromorphs, the twisted monsters; The Sprawl, a key space station in the second game; Dead Moon Rising, about the third game’s New Horizons Lunar Colony; and Graphic Novels.

The Art of Dead Space features over 300 images, many of which have never been seen before, from 26 artists spread out over 192 pages. In addition to with input from Robinson, the artists provide brief commentary. From original sketches to concept art and beyond, readers are given a behind-the-scenes look at the creative process behind the games. Not only is it interesting to see how things come together, but a lot of the artwork is also positively stunning.

The chapter on Necromorphs was my favorite, as it likely will be for most horror fans. The game’s monsters were influenced by the infamous creatures from Ridley Scott’s Alien and John Carpenter’s The Thing (and, as we learn, parasitic fungi). Also interesting is the Culture section in the chapter on The Sprawl, in which readers receive a better look at minute details such as fake advertisements in the games. Lastly, I loved the full, two-page prints that were suitable for framing.

It comes as no surprise that a series with such a strong aesthetic originates from equally-impressive artwork. Some have debated the merit of video games as art in the past, but a quick flip through The Art of Dead Space makes it impossible to argue. From breathtaking spacescapes to gruesome foes, it’s clear that a great deal of effort, talent and creativity goes into the making of the games. The Art of Dead Space is a must-have for any fan of the franchise.