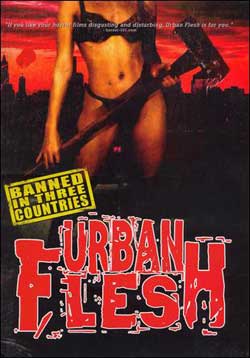 Heltimate Studio presents… an absolute thundering backside of a movie. This tells the tale of a group of Satanic cannibals who engage in bizarre sex magick before chomping down on their prey, in a free-for-all feeding frenzy. Such gruesome activity keeps the police investigation stuck in the mud – or should that be ‘stuck in the blood?’ – and the killings and devourings continue when they viciously murder and cannibalize a pregnant woman. Of course, the foetus and placenta is ripped from her stomach and feasted upon in gleeful fashion. The blood cult eventually turns their attentions on the wife of the investigating officer, and he returns home one night to find them mutilating his beloved. And then all the tedium of hell breaks loose…

When a movie is labeled “Banned in X Countries” (in this case Canada, England, & Germany), it is often automatically perceived more interesting, exciting, and dangerous. It’s like the parental advisory sticker. It’s like being told not to do something. It’s like that time when you asked your mom to buy you the “Don’t Worry, Be Happy” cassette single, then snuck Guns n’ Roses in its place at the check-out, because you just knew that Appetite for Destruction was going to be awesome. But after an initial viewing of Urban Flesh, I began to wonder if a movie could get banned not for substance, but for not having a proper ending. That being said, Alexandre Michaud’s directorial debut is not all bad and, at times, shows ambition and quite a bit of promise. 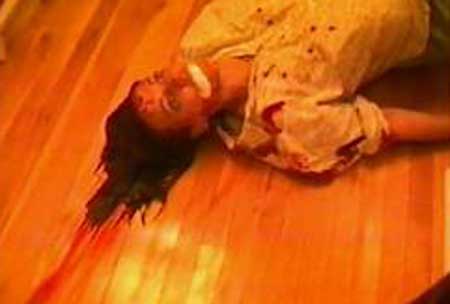 Our shot-on-video feature begins in what looks like a very empty club or lounge. Two girls are talking when one leaves to either get another drink or turn down the constantly too loud soundtrack. Her warm spot on the couch is instantly filled by a smooth young character who proceeds to talk up his target, eventually taking her home. They end up in bed together in what appears to be a teenage boy’s room, Clive Barker movie posters adorning the walls (Lord of Illusions, really?) Getting up for a glass of water, Sally (Marie-Eve Petit) returns accompanied by heavy metal music and three other guys (Kane, Ygor, and Zack). Sally bites the guy’s penis off and spits it in his mouth, then pokes his eyes out. Announcing he is “ready,” the three guys begin eating him. Oh, and they stab him through the skull with a screwdriver too, for good measure. 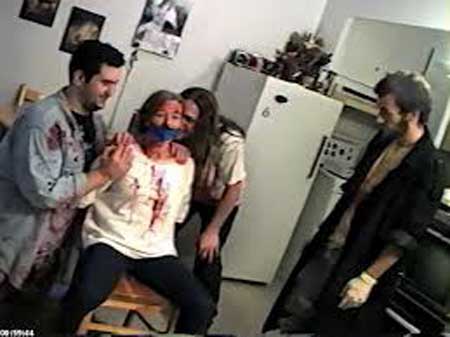 It is also here where we find ourselves at a crossroads. Thumbs up to the director for ever so slightly bucking convention by making Sally the predator and the playboy from the club the prey, as it typically would have gone the other way. But at the same time, we find Urban Flesh falling into the same routine as so many other flesh-eater movies: why do the cannibals/zombies/monsters always eat the intestines of their victims? They tear open the stomach, revealing so many organs of varying quality, so many choices on the human flesh menu. But from the early days of George Romero and Herschell Gordon Lewis up through even 2013’s Warm Bodies, almost without fail, intestines are considered le plat du jour. 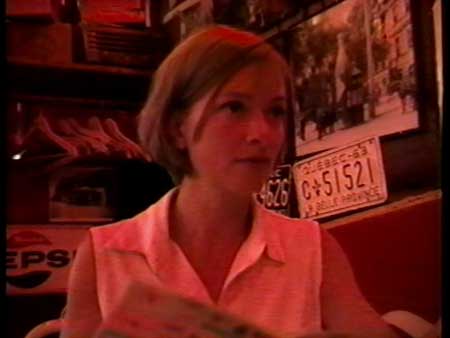 Setting aside my frustration with the cannibal’s tastes to focus on the positive, there are a couple things that Urban Flesh offers to break up the repetitive finding a victim, killing a victim, eating a victim cycle that makes up most of the eighty minute run-time. The premise of a gang of cannibals roaming the city streets, killing and eating unsuspecting citizens, while not completely original, is certainly not an overdone one. Adding to the premise and the horror, Michaud gives us a glimpse into each of their lives, showing that they are, indeed, “normal” people by day. Sally is a student who sleeps with a teddy bear, Kane (Martin Dubreuil, also of Seven Days) is a shady peddler of drugs, kiddie p*rn, and other filth. Zack (Anthony Pereira) has a very Patrick Bateman-like existence, as we see him put some P*rn on his television, put on the soothing sounds of screams and chainsaws on his radio (possibly the new Nickelback album?), then microwave a breast from his freezer for dinner. And Ygor rides a bike and rents movies (okay, so his life isn’t explored much). 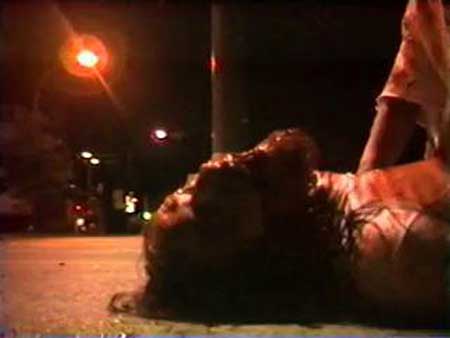 While Urban Flesh does have its high points, it has its other, less positive moments as well. For some reason, the story has been split into “chapters,” each titled after a Misfits song. Why? I don’t really know, as it only serves as a minor distraction. A lot of this movie actually feels like a metal band’s music video, the soundtrack playing louder than the dialogue at times, so luckily the music isn’t horrible (if you like metal). Slightly interwoven into the gore story/music video is a detective who is on the killers’ trail. He is angry, determined, and ultimately very anti-climactic. Given how the movie ends, his character could have been edited out and the story would have barely changed. 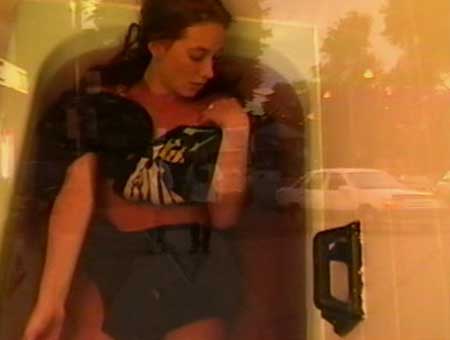 This brings up two final points, or rather, questions. According to a note in the credits, this movie was filmed in 1997, then edited in 1999, then re-edited in 2007. I’d love to know the backstory on that situation. I’d also love to know what is going on with the end. I’m not going to spoil it, but it either hints at a sequel, or they lost the last few pages of the script and didn’t realize it. After all that revisiting of the movie, the self-proclaimed “10 years of gore!”, they couldn’t end it differently? It didn’t ruin the movie for me, but I did like where it seemed to be going and I would have liked to see it actually go there. 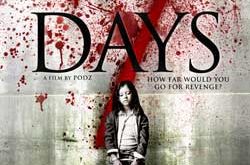