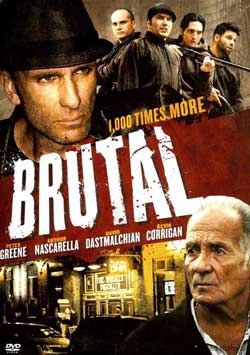 Four guys from Brooklyn get in over their heads after exacting revenge on a mobster for a beating he gave them.

I suspect the title of this film originated from the pitch writer-director Kamal Ahmed must have given to potential backers when describing the movie he wanted to make. “It’s like MEAN STREETS”, I imagine him saying, “but 1000 times more brutal.” And while viewers will have to make up their own minds about whether his figure is correct, most will concede it’s in the right ballpark. This many not be a horror movie but it has more gore, bloodshed and violence than a lot of horrors I’ve seen recently.

Ahmed’s film tells the story of four guys from Brooklyn – John (Angelo Bonsignore), Jimmy (Mark Love), Mikey (Jeremy Luc) and narrator Tony (David Dastmalchian) – who are best buddies having grown up together playing baseball. They’re hot-headed, feckless, faithless, foul-mouthed and violent, which in the context of this movie makes them the good guys. One night while out cruising the neighbourhood they get stuck behind a car, the occupants of which are talking to a guy on the street. Honking the horn and shouting to them to let them pass doesn’t seem to have any effect so the friends start mouthing off which soon provokes the mother of all bitch slappings. 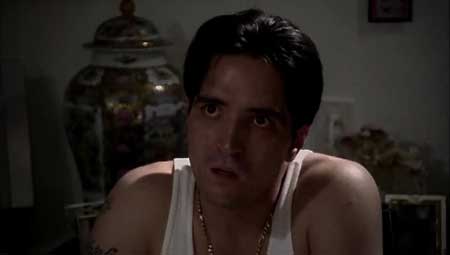 Some days later, Jimmy tells his friends he has quite accidentally discovered where their assailants work, specifically the chief thug Carlo (the indescribably sleazy and revolting Peter Greene). So they hatch a rudimentary plan aimed at exacting revenge and a little bit more. This is where the problems really start because the quartet now find themselves playing high stakes games with some seriously nasty people.
To give the film its due, the narrative structure is centred around multiple jumps forward and backward in time rather than being a conventional beginning / middle / end story. Ahmed handles this rather well actually and what could have been confusing is rendered clearly, with perhaps a minor quibble about not always being plain about how much time has elapsed between sequences. 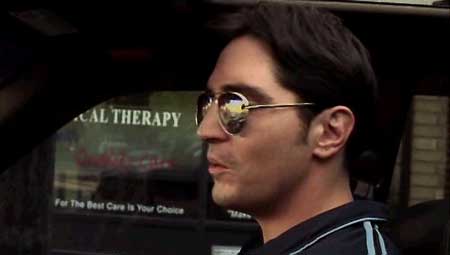 Unfortunately, that non-linear structure and the aforementioned graphic violence are just about the only things which set this movie apart from countless other ‘wise guy’ movies. The characters all talk the same tedious clichéd language which may or may not be authentic but is totally uninteresting. They even have the same physical mannerisms. The locations – pizza joints, money laundering backrooms, pool halls, nightclubs – are also far too familiar and when you put those two elements together you get stereotypical characters doing stereotypical things in stereotypical places. And that means your film is never going to be particularly interesting. It’s tense, because you know that among these people happy endings are unlikely, but it isn’t engaging. 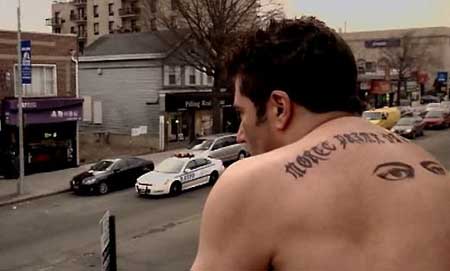 I have to confess I’m not a huge fan of this genre. In my opinion the prospect of spending an hour and a half in the company of a collection of worthless human beings, the most pleasant of whom you would cross the street to avoid, is something I don’t relish. Furthermore I reckon Scorsese wrung as much profundity (such as it is) and entertainment (if you can call it that) out of this genre at least 20 years ago and probably longer ago than that. 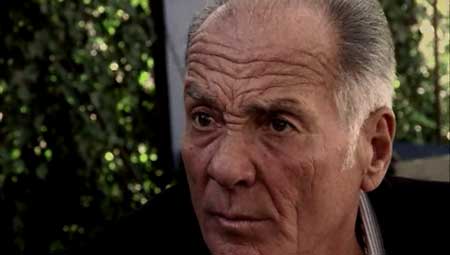 That said, while this kind of film has been done many many times before, in my experience it’s never been done with such graphic brutality. Where not even De Palma’s SCARFACE and Scorsese’s CASINO feared to tread, Kamal Ahmed blazes a trail giving us not only the pistol whippings and shootings we’ve come to expect but also acid attacks and beheadings. But somehow it doesn’t seem gratuitous because ultimately this is a sub-culture that is defined by violence: it is the means by which you express yourself, earn your living, mete out justice or show ‘respect’. Ahmed’s film is perhaps making the point that violence is all these people have and it is only the degree of violence they employ which distinguishes them. However, the title he has given his film pretty much gives the game away: violence is all this film has to offer. But hey – at least it’s 1000 times more brutal, right?