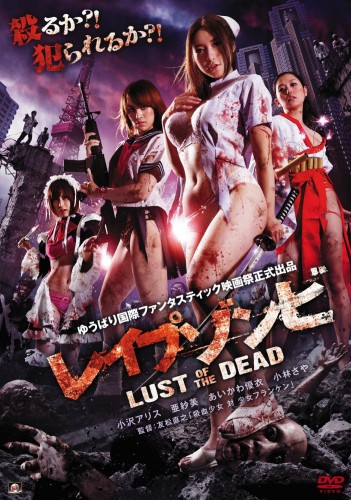 Based on the title alone, I anticipated Rape Zombie: Lust of the Dead (2012) to be a rough watch. You have to admire a film that wears its plot on its sleeve, and with DVD box art bursting with cheesecake, there is little mystery as to what kind of exploitative nonsense will be thrown on the screen. Rest assured, this movie completely delivers on its promise of zombies, rape, and pretty girls in cute costumes, so there shouldn’t be many surprises on what kind of film it will be. And yet…

The men of Japan have suddenly been hit by a peculiar virus. All over the country, men are dropping their pants and attacking women—in the streets, in offices, in hospitals, on live TV. The rapes are vicious and rampant, with multiple men piling on top of whatever screaming woman they can find. Even worse, if an infected man happens to finish inside his victim, she doesn’t get the benefit of becoming a zombie herself—she just dies a terrible death via zombie sperm poisoning. 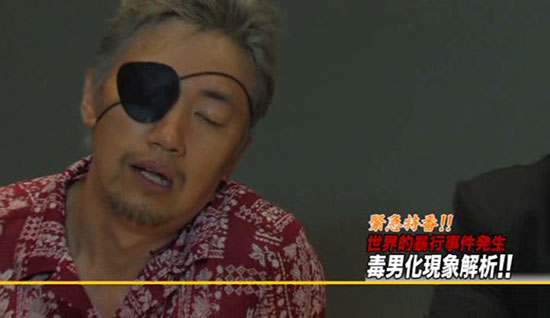 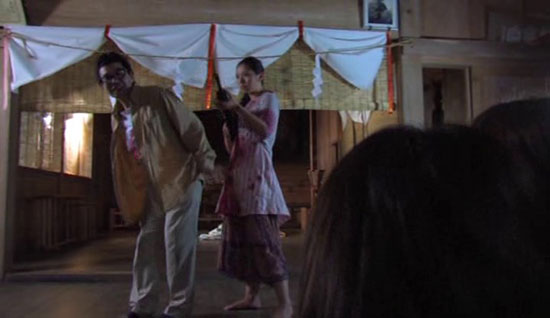 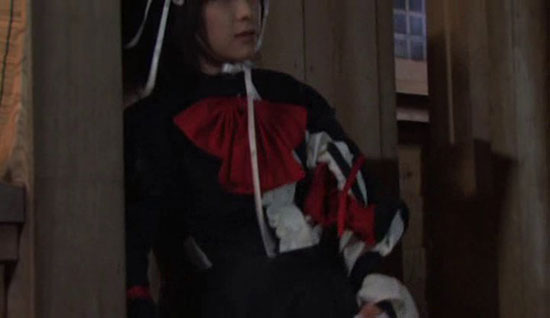 We meet our survivors holed up in a Shinto shrine on the outskirts of the city. Momoko is a shy office worker who was rescued from her infected boss by Nozomi, a nurse she recently befriended (and quickly developed a crush on). The two take shelter in the shrine only to find it occupied by two other women—Kanae, a cool-headed former housewife and Tamaya, a troublemaking schoolgirl. The four reluctantly band together to share resources as they keep up with the goings on outside via their inexplicably intact wifi connection. They realize that their shrine is not exactly abandoned when they discover an uninfected man living in the back bedroom. Despite their obvious mistrust of him, he claims he is a harmless virgin otaku with no sex drive to speak of, so they decide to keep him (tied up, of course).

Meanwhile, the surviving women of Japan attempt to organize military forces by distributing machine guns to volunteer soldiers. Unfortunately, as the world is consumed by the virus, North Korea blames Japan for the problem due to their booming pornography industry and declares nuclear war on the country (the US will be no help as our testosterone-fueled nation was helpless against the outbreak). As if sex-crazed zombies and a nuclear bomb weren’t enough to contend with, the girls realize that Momoko is pregnant overnight, and they will have to deliver a baby of questionable origin in the midst of nuclear winter. 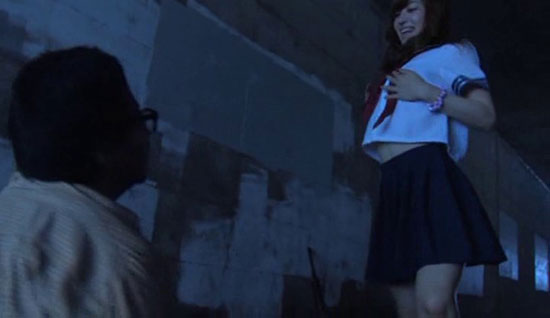 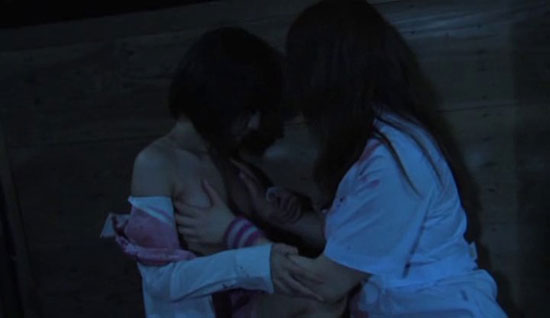 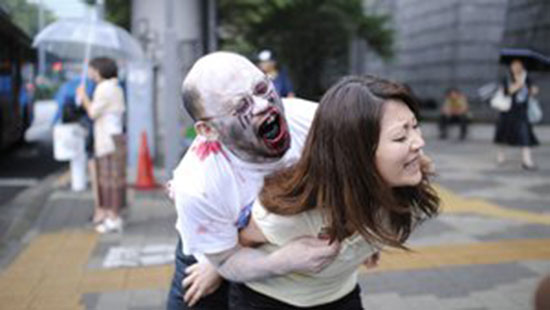 The women are all relatable and interesting in unique ways, and the way they band together to protect each other is, for the most part, endearing and sincere. A personal favorite moment for me was the army distributing weapons to local girls by way of a community cookout/shooting range. Women share food, take selfies, and cheer each other on as they practice their aim on rape zombies sporting bullseye speedos. It’s a beautiful moment of sisterhood and coming together for a common goal, and I don’t have one bad thing to say about it. 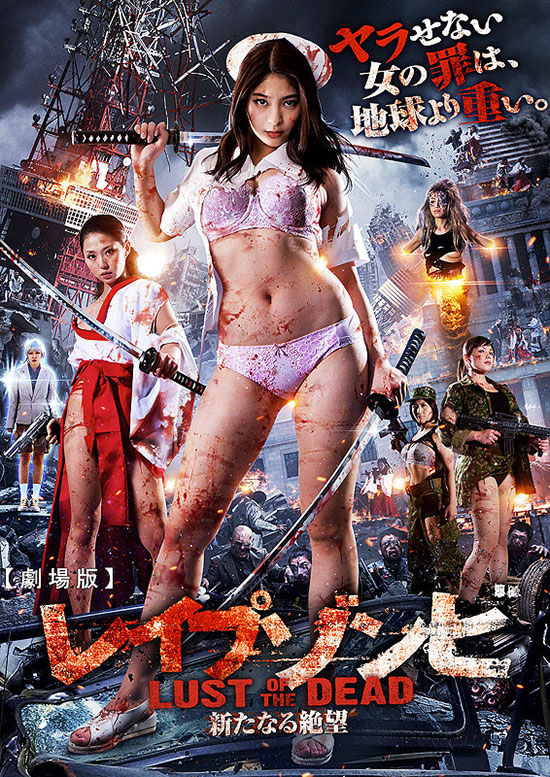 Rape Zombie inherently has a fascination with rape imagery that often bleeds into sheer exploitation, which is often hard to watch. But the strength and resolve of the surviving females is vivid and deeply felt. Their grace and tenacity shines even more in contrast to the gross ferocity of the zombies.

This does present a slight tone problem, especially when talk of a prophecy involving a sun goddess and immaculate conception comes up and throws this whole thing completely off the rails. But it’s hard not to have a tone problem with the horrifying act of rape contrasted with a villain that comes waddling at you with his pants around his ankles. 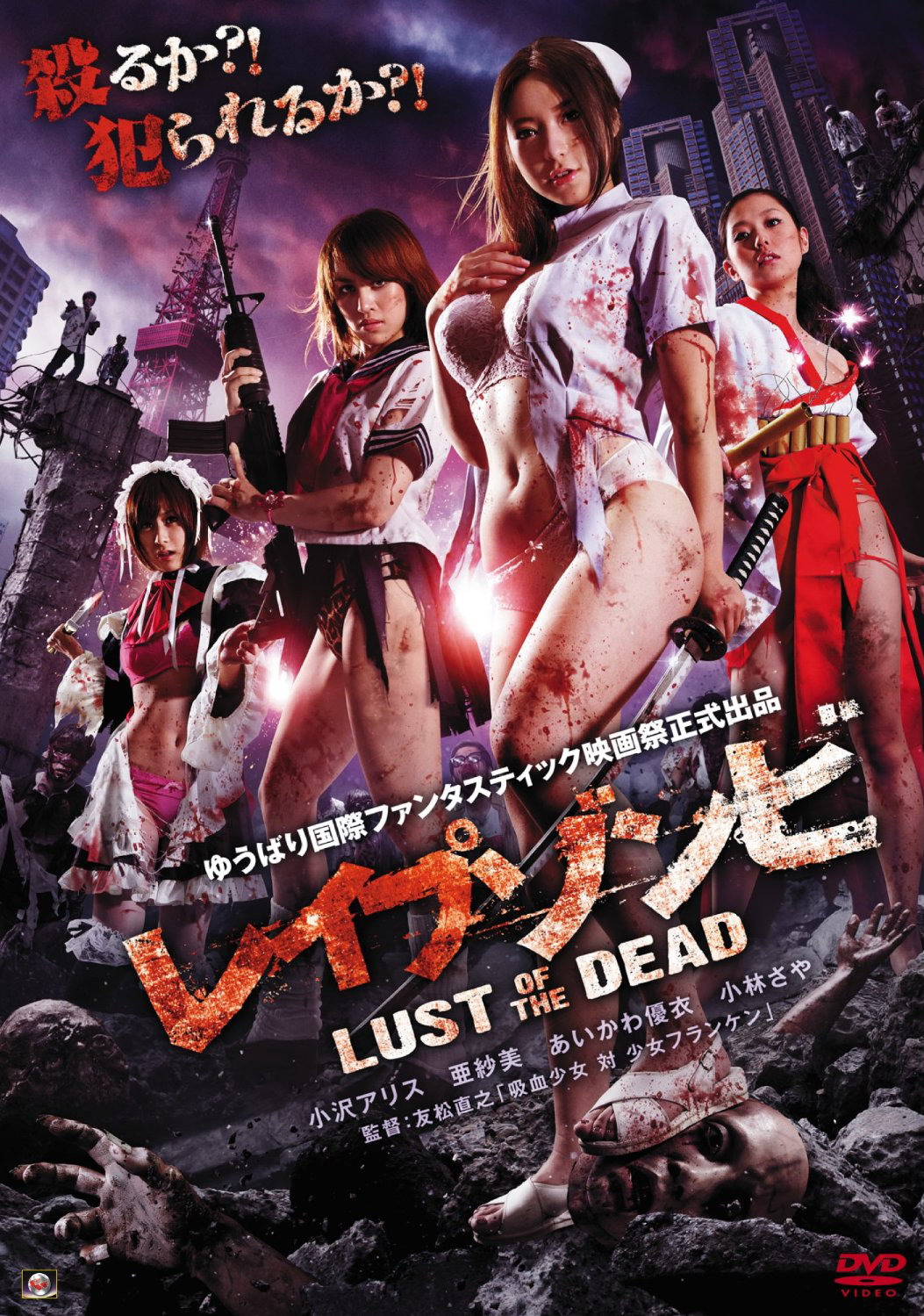 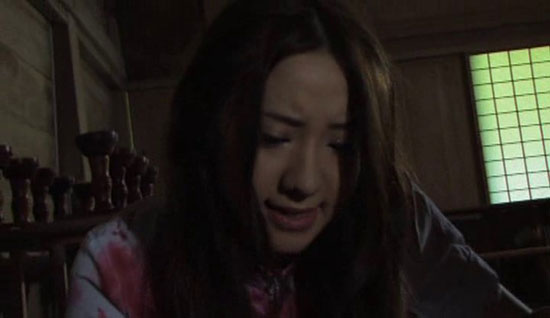 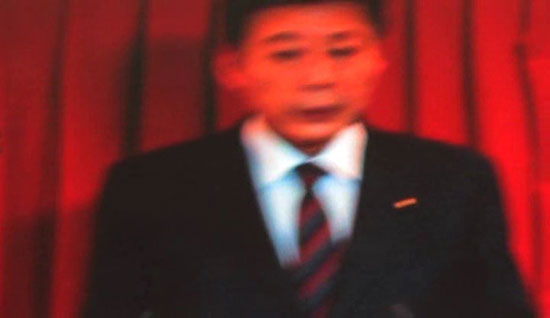 By the end, we are left with not exactly a serious film, not a complete parody, but a weird little mix of sincerity and exploitation that comes together with a strangely satisfying taste.