A mysterious Croatian man is hired by a small town bar owner to kill an acquaintance. Little does he know, the mysterious man has another plan up his sleeve, which includes taking one of his own employees for hostage.

Sometimes the prettiest movies are the dullest. Sadly, the debut effort from Australia’s China brothers suffers from this fate. The narrative follows three main characters that could not be more different in terms of their archetypes. Firstly we have Slim, the bar owner who is quite simply a skuzzy low-end criminal and drug dealer. Then of course we have “the Croatian” who is dubbed as such by the bar owner who hires him to do his bidding. And lastly, there’s Marilyn, a sweet girl who works for Slim, and is expecting her boyfriend to propose to her the very night the actions take place. For how developed and carefully crafted a character as Marilyn is, the Croatian is just as lacking. Marilyn makes sense as a character, although she borderlines being a stereotype. She’s the kind of girl who romanticizes heteronormative unions but has that streak in her that makes you know she could kick ass when the time’s right. The Croatian, conversely, has little to nothing in terms of character construction.

After Marilyn and her unlucky boyfriend become entangled in the mess of Slim and the Croatian’s criminal activity, little is actually addressed in terms of the Croatian’s character motivation. He appears with a bang and just as quickly does a 180 by double-crossing Slim. Next thing you know, he sets Slim up and then goes on rampaging and hostage taking…but why? Several sequences in the movie allude to the fact that he’s a drug addict, and this is also perhaps the reason he double-crosses Slim, but this is merely speculation on my part. It’s highly problematic to create a character that’s only known by his nationality…and wrongly so, the correct term is Croat—but further, to have this character be as brutally and nonsensically psychotic, well, let’s just say his part could have been better written.

Paul and Ben China do not allude to any reasoning, and instead try to keep the film as suspenseful as conceivably possible. In fact, every other scene is a slow-paced and suspense filled episode involving either two characters or a creaky door. Seriously though, how many creaky doors in the movie are going to raise eyebrows until it becomes boring? After several of these moments pass with little action, one begins to wonder if the entire movie was one big suspenseful pause before nothing.

It seems as though Paul who directed and wrote Crawl, and his brother Ben, who produced it, are avid movie fans. One major mistake you seen in a filmmaker’s early works is the tendency to borrow too much. It is a symptom of simply being a fan, really. It is also evidence you are well versed in film by alluding to conventions and motifs through stylistic tendencies. Sometimes this can be a successful aspect to a movie, usually when it occurs in small doses. Unfortunately this is not the case for Crawl. The many references shown, from Psycho to Texas Chainsaw Massacre and even stylistically to Gus Van Sant, do little in the way of weaving together a cohesive piece. Perhaps the China brothers intended to make an art film but were a bit too heavy-handed with their horror tropes. Regardless, what these conclusions draw from a one-time viewing of Crawl is that it is inherently problematic in form and narrative.

To give the filmmakers some credit, the movie is really beautifully shot. For a considerably low budget, the brother duo did exceptionally well to create an all-embracing mood throughout. Even some the performances of the two main actors were notably good. In particular, George Shevtsov, who plays the Croatian, kills it literally and figuratively. His IMDB page outlines the acting work he’s been doing since the early 1970s, and it’s surprising he is not better known. Regardless, his performance work is cut short simply by bad writing, or I should say a lack thereof. A convincing performance on his end is ignored by too many suspenseful stares between characters. If both Ben and Paul can stay away from watching too many movies during the writing process, the end product would not be so muddled. I left the screening of this movie feeling exactly how Marilyn does when she’s taken hostage: disoriented and in great need of answers. 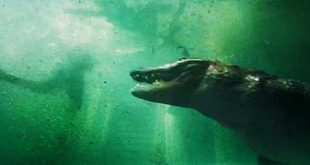 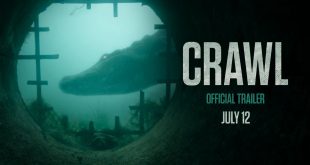