It took me about two hours to finish reading Don’t Let Me In: Six Tales Of Terror and I must say that I was pleasantly surprised with the individual stories in this collection. If cannibalism, campground horror stories come to life, selling your soul to the devil, and genetically engineered soldiers is your cup of tea, have I got a story (or six) for you.

The six stories are fun reads and easily read in one sitting or spread out amongst several. I found it very hard to put down though. The first tale is entitled ‘The Debt Collector’ and is about an actor who can’t seem to catch a break. One night, while drowning his sorrows at a local bar he meets a beautiful woman who will change his life around completely for the right price. The second tale is ‘Plenty of Flesh in the Sea’ which I must say caught me by surprise initially. In reading the first few pages I already had a conceived ending in mind but thankfully, I was totally wrong. It focuses on two siblings looking to escape from their horrible mother and her endless stream of abusive boyfriends.

The third and fourth tales are ‘The Joys of Motherhood’ and ‘Campfire Tales’. Both stories are good but tend to give away the ending early on in the story which is unfortunate as I really enjoyed reading them. ‘Motherhood’ is about the joys of an upcoming new addition to a family and ‘Campfire Tales’ tells the story of a group of six campers with an annual camping trip tradition who’s latest foray turns out to be something just a tad different than the usual marshmallow roast.

Tales five and six are ‘Lucy’ and my favorite, ‘All Sales are Final’. ‘Lucy’ is named after a dog, the loveable protector of a little boy named Simon. As you find out, Lucy will do anything to protect her owner. ‘All Sales are Final’ tells the story of Mike and Kathy. They are relatives of Millie, an elderly woman who is moving from her home, leaving Mike and Kathy the job of having a yard sale and selling off any possessions of hers that won’t be taken with her into her new living arrangements. I would have loved to have seen some embellishment in this final tale as the story is a great concept, but as it is, it is the shortest tale in the collection.

Overall, except for the feeling that it should have either had more tales or longer tales, this collection is worth reading. It is well written, has likeable characters (even if they are killers), and focuses primarily on suspense and surprise as opposed to gore. Horror is not just about slashers and monsters after all, it has its other side too. From scary demons and the supernatural all the way up to morbid fetishes and evil scientists, so if this other side interests you, this short collection will as well. 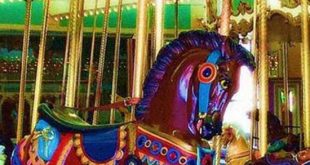 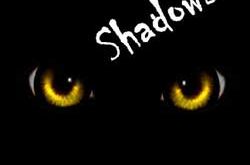