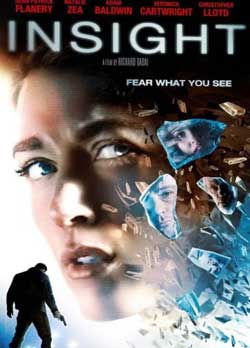 Kaitlyn, an ER nurse who is tending to a young stabbing victim, is accidentally electrocuted by the defibrillator that is used in an effort to save the woman’s life. Almost immediately Kaitlyn starts to experience the victim’s memories. She turns to family, friends, and the police, but no one takes her seriously. She decides that she must take it upon herself to try to solve the crime – or risk the terrifying visions ending in her own sanity being at stake. Ultimately Kaitlyn teams up with the detective on the case and weaves her way through the victim’s past – to discover not only the brutal truth, but also some very unexpected lessons about life, love, sorrow and forgiveness along the way 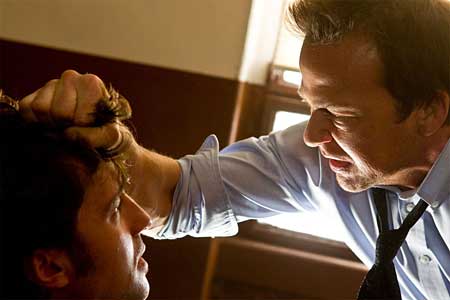 “InSight,” a psychological-supernatural thriller by director, Richard Gabai takes on the thin line of what’s real and what’s not. When Allison, a stab victim who is brutally attacked in front of her apartment building is brought into the ER she is taken care of by Kaitlyn, (Natalie Zea), an ER nurse who is accidentally electrocuted by the defibrillator (sounds like something I would do) that is used in an effort to save her life. Kaitlyn is knocked unconscious and wakes up in the hospital herself in the care of her dear friend Valerie Khoury (Lesley-Ann Brandt). Kaitlyn decides to check herself out of the hospital, (nurses make terrible patients) against Valerie’s good advise. She leaves the hospital and immediately starts to have flashbacks.

On the verge of insanity, Kaitlyn starts to vividly experience Allison’s memories and the last moments of her short life. Kaitlyn sees coverage of the murder on the news and decides to launch her own investigation of Allison’s murder when she decides the police department is clueless. Kaitlyn is a busy little nurse, not only is she investigating the death of Allison but also taking care of her sick bedridden mother Patricia (Veronica Cartwright). (Oh boy, this is where it gets Hinky.) 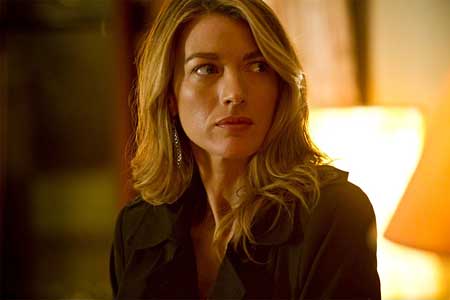 Detective Peter Rafferty (Sean Patrick Flanery) ( a real cutie) and partner Detective Canto (Max Perlich) (A Telly Savalas/Kojak Wanna-be) are hot on the case but are bumfuzzled when they find out their were fourteen witness and no one called the police. They have no leads and try to write the case off as a mugging gone bad wrong.

Our beautiful little ER nurse takes herself to Allison’s apartment where she meets Shep (Christopher Lloyd)(the dude from Back to the Future), Allison’s lonely and somewhat creepy neighbor who somewhat confesses to having witnessed the murder without actually saying he witnessed the murder. Kaitlyn lets herself into Allison’s apartment where the visions take over, and things really get interesting. She is thrown into the last moments of our beautiful victim’s life and ends up face to face with our favorite detective, Peter Rafferty. 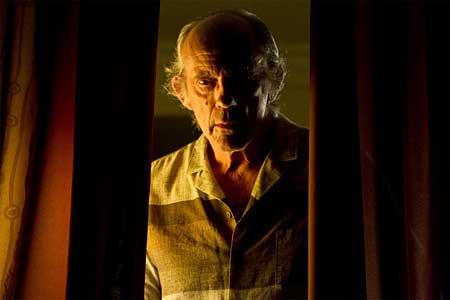 At first Detective Rafferty thinks our little nurse is crazy, (might have been on to something) he then starts to take an interest in her ( A really GOOD interest) when she brings up facts about the case no one else could know. He half-heartedly follows behind Kaitlyn as she investigates Allison’s ex-boyfriend DJ Stephen Geiger (Thomas Ian Nicholas) (Anyone want a piece of American Pie) and her psychiatrist Dr. Graham Barrett (Adam Baldwin) (who undoubtedly took a really good interest in Allison).

DJ Stephen /ex-boyfriend becomes Kaitlyn’s main suspect and she begins to follow him around. There is a street chase with her in a car and him on a really cool silver motorcycle, (Motorcycle stunt-double played by John Constantine). When Dr. Graham Barrett becomes suspicious to Kaitlyn she goes under cover as a patient and tries to get the good doctor to talk about Allison. All the while she is going in and out of reality with visions of Allison’s last days. 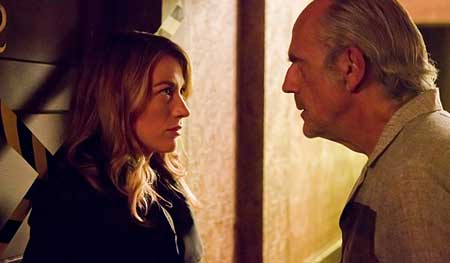 This movie gives you “The Sixth Sense” (I see dead people) feel to it, taking a lot of twist and turns and at some points leave you wondering what’s going on. (Don’t Blink your eyes). This movie was directed by Richard Gabai; written by Aaron Ginsburg and Wade McIntyre; director of photography, Scott Peck; edited by Jeff Murphy; production design by Gabor Norman; produced by John Constantine, Larissa Michel and Mr. Gabai. 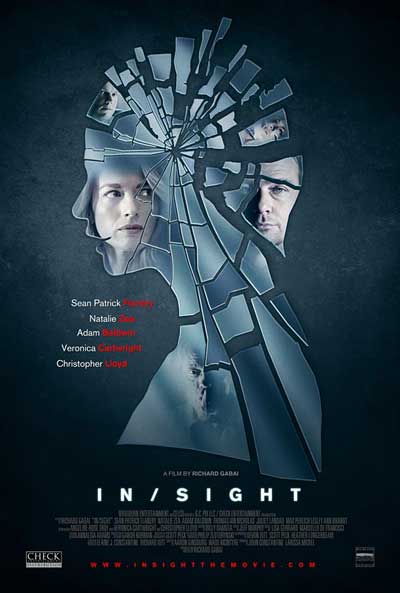 I enjoyed this movie, I was a little confused at the end, but so was our leading character. I would recommend this for people who love a good psychological thriller.