If you love gore with a touch of irony you will love Decayed Etchings written by Brandon Ford and published by Black Bed Sheets Books in 2011. This book is a collection of eighteen short stories that will leave you horrified and aghast.

Ford uses his grisly imagination to weave these delightfully gruesome, sinister, horror-struck, bloodthirsty tales. Ford goes beyond the normal boundary’s, producing a delicious page turner. I have highlighted a few of these chilling little nightmarish tales. Goodbye Elsie, Victor beats Elsie up. She steals his truck, she goes to her sisters. He burns her stuff. This is the stuff country songs are written for. Victor finds a rat that has also been blissfully living in under his roof. Being the bully he is he sets fire to a rat, the rat gets his revenge. Sweet justice. This is my favorite twisted tales written by Ford.

The Suitor, Shane is an overly confident, might as well say c**ky man, who doesn’t let anyone stand in his way. A woman named Carolyn seduces him into a naughty night of whoopee in the dark that turns a little hinky when the lights are turned on.
Prognosis Negative, A lab technician named Lacey awakes to find her self in a terrible predicament. She is tied to a bed, her captor, a man hell bent on revenge. He harbors a blood born illness and wants to spread his misery, she escapes death from him and is spared by his lethal injection only to meet her match before she gets out the door.

Trippty-Doo-Da, This one is about a teenager whose name I couldn’t find in the story and his friend Sid. They wonder around high as a kite seeing rainbows and angels. The two teens part ways to go home to sleep it off. This tale has a twist as well. Will have to read to find out. I liked it. I only wished I knew the name of our lead character.

Band Of Gold, Bill cheats on wife with a young hooker named Suzanne and thinks he loses wedding ring in a really dark bad place. This lil story has a very gruesome outcome. Literally.

Cat Call, Officer finds out his son is gay, he helps wife adjust to this fact, he then meets another little boy with a potential for being gay and tries to help the child and make a difference in a life that the officer fills will be hard. In the end he only does more damage. I REALY wanted this story to be longer. However, that’s why they are called short stories.

Pillow Talk, this story is about a woman named Elizabeth who has MY dating track record. She meets a man that has potential. One problem, his late wife Alison and his choice of fashion.

Sledgehammer, Man loses his cool when others wake him from his slumber. I have actually had this little dream before myself. Only it is my alarm clock I want to bring harm too.

A Walk In The Park, This one really hit home with me, I am a sleep walker myself. Clark uses his sleepwalking powers to fight his demons.
Some other works by Brandon Ford are NOVELS, Crystal Bay, Splattered Beauty, Pay Phone

I enjoyed all of Ford’s ghoulish tales. His writing style is bold and out there. He writes what some writers only dream about. If you are a horror buff as I am you will enjoy this collection. The short stories of Decayed Etchings leave a taste in your mouth, making you hunger for more. 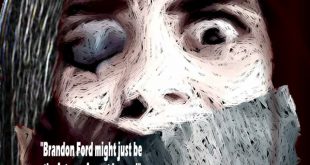 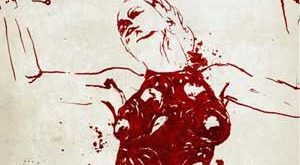 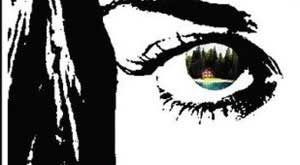