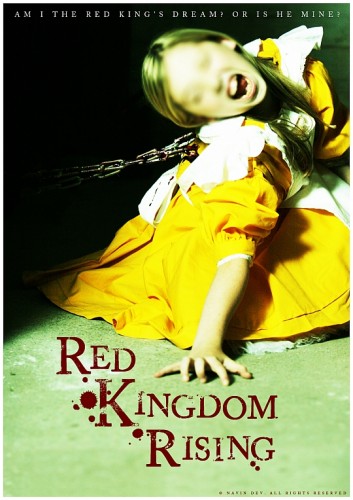 This troubled young woman must finally come to terms with her horrific past as she is propelled through dreams into the terrifying fairytale world of the Red Kingdom where she encounters figures reminiscent of her memories and fears.

While watching “Red Kingdom Rising”, I realized just how little I knew about “Alice in Wonderland”. After doing a pinch of research I was able to answer my own questions, thus making the film much more interesting than I had originally given it credit for. Instead of being a reimagining or a remake, “Red Kingdom Rising” draws MUCH inspiration from the works of Lewis Carroll and draws us into the mind of a young woman who is tortured by her past. Writer, producer, and director Navin Dev manages to do what many directors fail to, that’s to create a unique world using the elements of a familiar story to guide us through. It’s a dreamlike tale that feels a bit familiar but still manages to throw you a curve.

Mary Ann (Emily Stride) is a young woman who is continuously having nightmares. As they are becoming too much for her, she decides to visit her childhood home after the death of her father. Once she arrives, she begins to relive the trauma that has haunted her all her life. Her abusive, mother who was once a god fearing woman now appears to be practicing witchcraft. In a way she steps through the looking glass of her life to confront the Red King that has been haunting her since she was a child. 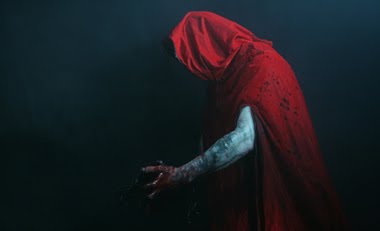 The first thing that catches you when watching “Red Kingdom Rising” is that much of the story is told visually. The film (and when I say FILM I mean film, a low budget effort shot on actual super 16mm) uses very little dialogue during the first half of the narrative and we revisit Mary Ann’s life just as she does. Many of the scenes were directly inspired by many of the images we associate with “Alice in Wonderland”. One such instance is when she meets a young girl in the woods named Alice, sitting on a tree branch and wearing a cat mask. What does that sound like? That is only one example and there are others, but that isn’t all there is to the film.

It plays out like a fairy tale but the story is very real and multi-layered. Mary Ann works with young children who have been abused. In order for her to continue, she must tackle the demons that are haunting her dreams. Dreams and reality become blurred but the horror is the same. There are only a handful of actors in the film but the weight of the films’ success lies on the shoulders of Emily Stride. She is fantastic as Mary Ann. She runs with the material, breathing life into a damaged character, and when things grow bizarre, she keeps it grounded. She is never a weak character maybe a bit skeptical at first, but she becomes driven to remember her past and to defeat it, even if it costs her life. The filmmaker also successfully manages to turn what appears to be a wonderful childhood home into a place of terror, a really terrific location.

“Red Kingdom Rising” marks director Dev’s first feature film. You would never be able to tell since he directs with style and confidence. His script (as well as the finished film) is thought provoking and tight. The film runs 73min and there is never a wasted moment, each second counts. I’m not sure what the release for the UK lensed film will be, though I do assure you that this is a film well worth your time. I’m giving it **** (out of 5). It’s a visually stunning and psychologically horrifying film that once again proves there’s nothing more terrifying than the things that can happen to us in real life. This wasn’t the first film to blend reality with fairy tale nor will it be the last. It does so in a way that slowly pulls you in then hits you with a sucker punch. 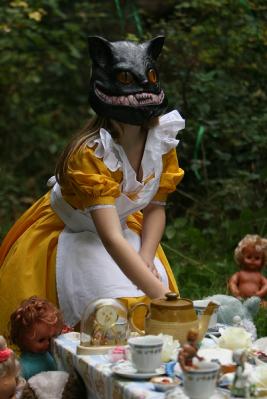