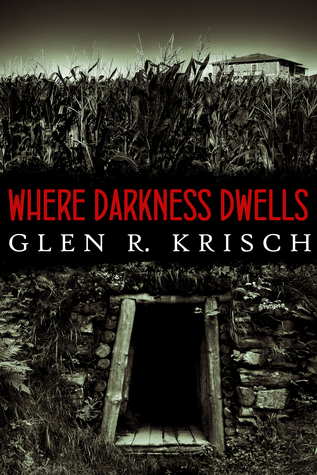 During a hot summer night in 1934, tragedy strikes when two local boys search for the truth behind a local legend. They stumble upon the Underground, a network of uncharted caverns just below the surface of Coal Hollow. Time holds no sway in the Underground. People no longer age and their wounds heal as if by magic. By morning, one boy is murdered, while the other never returns home.

The Underground is hidden for a reason. Certain locals want to keep their lair secret, no matter the cost.

After learning a long-held family secret, Theodore Cooper is set adrift. Once well off and set in his ways, he is no longer sure of his role in society. He leaves his comfortable life in Chicago to tramp the countryside, searching for meaning in this new context. During his travels, he’s drawn to an abandoned house in Coal Hollow and impulsively buys it.

Cooper doesn’t know that a massacre had taken place in his new house. In 1851, a group of bounty hunters tracked a family of runaway slaves to the home. They wound up killing the homeowners as conspirators, then chased the runaways into a cellar tunnel leading to the Underground. The bounty hunters cornered the slaves and killed them. To everyone’s astonishment, the slaves then rose from the dead. Over time, the bounty hunters chose to stay below ground, taking advantage of their new slave labor to build what they term “Paradise.”

Their numbers are augmented by deathbed miners who are offered immorality in exchange for their subservience and labor.

Below a town struggling to survive both the Great Depression and the closing of the local coal mine, there lives an immortal society built on the backs of slavery and pervasive immorality.

I always approach reading a book by an author I haven’t read or heard of before  with a bit of excitement and a bit of trepidation. Will I discover a new talent that gets it right or will I stumble upon something that is awful. I have experienced both sides of the coin.

Once I started reading “Where Darkness Dwells” I immediately knew that this was going to be a good read. The more I read the more I liked it. I was immediately drawn into the story from the beginning when two young local boys go off one last adventure to discover a creature of legend, instead discovering a horror that would kill one of them and bound the other into an unearthly slavery.

Glen’s storyline was really interesting and fresh, his depiction of a small coal mining town during the Great Depression was very believable. There is a bleak atmosphere to the story as he paints a somewhat depressing picture of the town of Coal Hollow, but there is also a sense of hope, community and self worth within the characters that adds a touch of realism and depth. It is readily apparent that he did a lot of research on this time period and it definitely pays off.

He also delves into America’s greatest sin…slavery. Coal Hollow is still populated with some that see slavery as nothing out of the ordinary and populated with those that know it for the sacrilege it is, and are willing to forfeit everything, including their lives to fight it.

What really makes the book work for me is Glen’s varied and large cast of characters. Both the good and the bad are life-like and believable, peppered with human qualities, faults and frailties that add to the depth of the story. I came to care about what happened to them.

“Where Darkness Dwells”, is fast paced with a lot of twists and turns that will keep you turning the pages, wanting to find out what happens next. Even with such a large and varied group of characters as well as all the twists and turns I never felt that Glen lost focus as the story moved along quickly, and didn’t lag for me at all.

I for one will be reading more from Glen, he has a great imagination and tells a hell of a story. Use the links at the top to discover more about this new and upcoming author as well as order a copy of “Where Darkness Dwells”, you will not be disappointed and I highly recommend it.