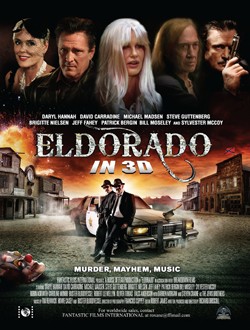 What the hell possessed you to make a 3D comedy/horror/musical/road movie?

Good question…… I wanted to make something a little different. There are so many films that come out that all look the same, especially UK films. I am sure the rest of the world think we can only make them type of movies.

The two main characters in this movie are Stan and Ollie, “The Jews Brothers”, so I have a double question here. I love the Blues Brothers and I’ve watched that movie a countless number of times. How are your “Jews Brothers” similar to the “Blue Brothers”?

I am also a big fan of The Blues Brothers as you can imagine that is why I wrote Eldorado and if you’re going to do a film about two singers or musicians why not The Blues Brothers. What has become even more strange is that Dan Aykroyd contacted me when he heard of the film. It became a bit stressful for a few weeks as I thought they were going to place a cease and desist on the picture but he and John Belushi’s wife loved the film and are now backing it 100% which is really nice.

Next, regarding the names “Stan and Ollie”… are you a big fan of Laurel and Hardy?

Of course who isn’t. Well I couldn’t call them Jake and Elwood and I am a big Laurel & Hardy fan and there is a lot of Laurel & Hardy in the Blues Brothers so
I wrote a back story of these two characters whose father was a fan of Laurel & Hardy and decided to name his two sons with their names.

How many musical numbers are in this movie?

Well the original cut of the film was over 4 hours so we had to cut a few songs out but they will appear on the sound track which can be downloaded from the official website www.eldorado3D.com . I even cut 2 songs out of Buster Bloodvessel, from Bad Manners which was a shame as he was such a character. So now there is 18 well known songs in the film which I hope the audience will like. The person that helped with the soundtrack as well as Buster was Howie Caey from the 70’s band Wings with Paul McCartney and Tim Renwick of Pink Floyd. The funny thing was that Howie actually tours
with a Blues Brothers tribute act.

Daryl Hannah, Michael Madsen, and David Carradine sounds like a Kill Bill reunion. Was that on purpose or did it just happen that way?

It does seem like a Kill Bill reunion but then this is such a different film from that. I known Quenton laughed about it when he heard of the film. Especially now that he is making Kill Bill 3.

Did David Carradine pass away during the production of this movie?

David was always going to be a cgi character as he was playing a spirit guide, but no one knew he would die so tragicially. I was able to acquire some more footage of David and incorporate that with the footage I already had. That is one of the reasons why the film went 11 months over in post production.

Are where the challenges of filming in 3D?

Making a 3D film took more time, about 3 times more in fact. It took 4 and half months to shoot the film and it is also so more costly. Eldorado was the first 3D film to be made in the UK but Street Dance beat it to the cinemas. You have to have so many more crew and most directors don’t really understand the commitment you need when making a 3D film. You have also got to have someone that knows about Sterographing. I had a guy named Phil Brown who has gone on to do a few Hollywood movies since Eldorado.

What was your inspiration for the town of ELDORADO?

I am a fan of Edgar Alan Poe and when I was writing the script I needed a mythical town where these people suddenely appeared and the legend of El Dorado came to mind.

What would you say is your proudest moment of filming ELDORADO 3D?

Getting together so many celebrities in an old hollywood style movie like “Its A Mad Mad Mad World” having them read the script and want to be involved.

How was it working with the great Peter O’Toole?

Peter was a good friend of my sponsor who got me into acting college so it was nice to finally work with him. What surprised me was that he loves comedy films but he hardly ever gets asked to do them. He his so funny and has so many stories. Whenever we go out I just sit and listen to them. He seems to know everyone. Well he his Peter O’Toole.

What do you want to hear movie fans talking about after they’re done watching ELDORADO 3D?

That they have enjoyed the film. 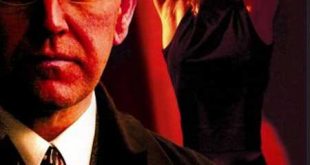 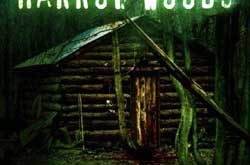