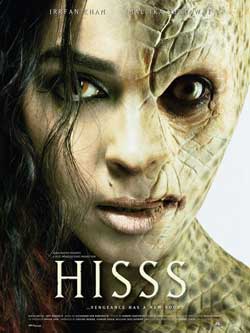 Based on the Far Eastern myth of the snake woman who is able to take on human form.

“Hisss” is a very recent horror/thriller from India, ripe with comedic interludes. It also ventures into strong dramatic territory at times. It’s low budget roots show, even though it had an estimated budget of six million dollars. It follows a strange premise involving snakes, gods, Americans, holy men, and an upper class Indian couple.

All together and simply put, this is a strange movie. From the get go, the effects leave something to be desired. It is apparent that much of the budget was used on these strong effects sequences, but in the vein of the of “Star Wars” prequel trilogy, these computer effects are used even when unnecessary. Some very strong practical effects are used (including some very interesting transformation scenes), but unfortunately the heavy CG clashes with the aforementioned practicals. In a similar fashion of “over doing it,” this film also uses many flash edits. These are often used in trailers, or television, and usually not used in feature films. Most often, they hide low budgets, and act as a way to heighten suspense without adding cost to the film. Quite opposite to their purpose though, these types of post-production tricks often lower the quality of a film, rather than enhance the experience. 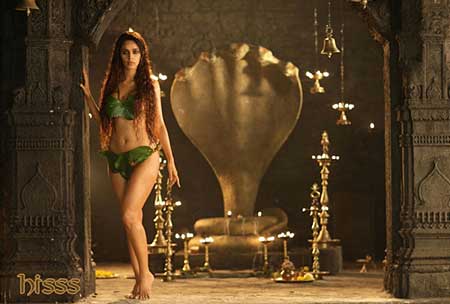 Perhaps if some of that effects budget were moved to the camera department, this film would have looked better. “Bollywood” films have really started to come into their own the the past few years. This one still looks like it was shot in the 90’s, without any artistic justification for such a choice.

The story starts with an American traveler, diagnosed with a terminal illness, who captures a snake goddess’s lover, in order to trap her and gain immortal life. It then plays parallel with the story of the local head of police who is investigating the deaths caused by the now transformed goddess. 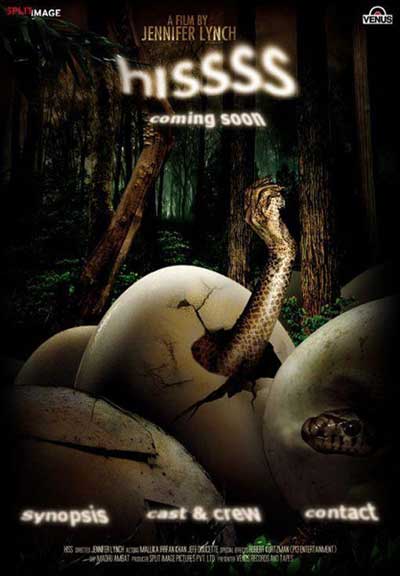 Like many so called “Bollywood” films, music and dance numbers are speckled throughout the production. While it is nice to watch beautiful women move to music, it is jarring for an American viewer who is not used to that type of filmmaking. Also, some sort of festival runs throughout the film, where people dance in the streets, and cover themselves in bright colored make up. Perhaps this is well known in its country of origin, but it left this viewer wondering why for most of the film. That can be chalked up to a simple cultural difference, and doesn’t really detract from the film as a whole. 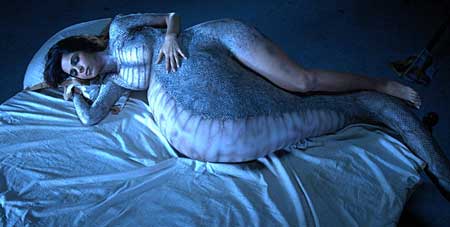 While much of the supporting cast give sub-par performances, Irrfan Khan ( of “Slumdog Millionaire” (2008) fame) gives all he’s got, and has fun with the role of a local police chief. He switches between the dramatic role of husband, to the more action oriented role of the chief smoothly, and continually entertains. 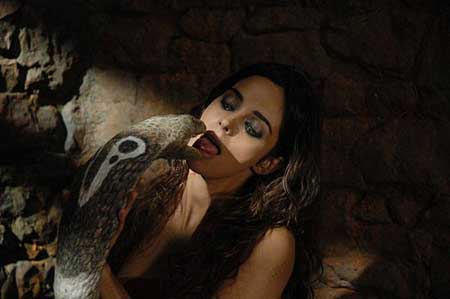 The story itself is right out of left field. It is a bit complex, dealing with local legends, stubborn adventurers, and an unknowing police chief. It can be a bit hard to follow at points, but that is half the fun of a horror film. And being a horror film, one would expect a few more scares. While there are a few scary sequences, this plays out a bit more like a police procedural, with slightly less believable characters. Some of the dialogue itself, spells out what the film is saying, down to the line “this is a supernatural case” spoken by one of the police officers. 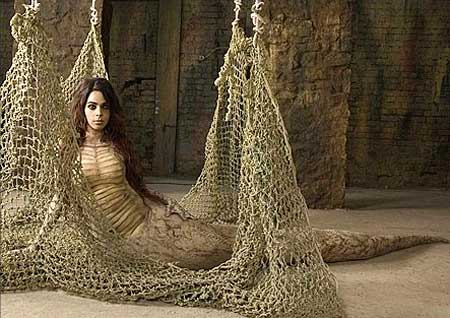 Now, its scare scenes play very well on screen. The vengeful snake goddess, who attacks those she deems not worth their own lives, makes for a fun antagonist. This film has definite franchise potential, for the sheer fact that the audience almost wants to root for the bad guy. Some of those fun, practical, effects, mixed with a little extreme gore, and a somewhat justified killer, all give the audience a good ride throughout the film. 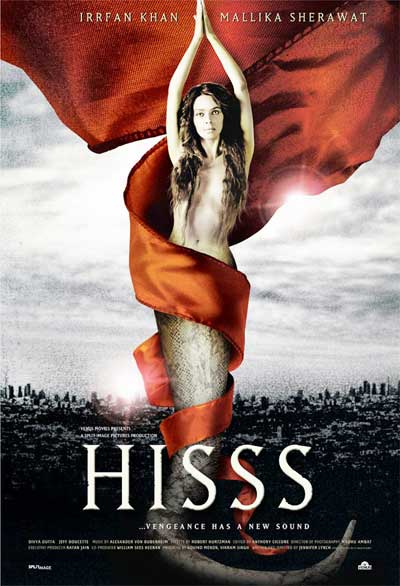 This film is not perfect, but it gives the audience a fun ride for an hour and a half. It can be hard to follow, especially with the mix of Hindi and English dialogue. The effects leave some to be desired, but still offer some cool sequences. This film is really for die hard fans of quirky Indian horror films (of which, there are not very many). This film tries very hard to be many things, and falls short, but its efforts are apparent and appreciated. If someone is really hungry for a supernatural snake goddess, horror film, perhaps there is none better. 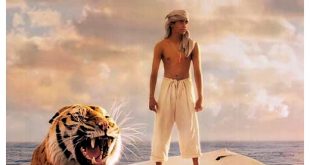 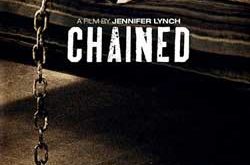