Anthropophagy is a practice traced back to the earliest of man sitting inside of a cave staring at their clansman thinking, “What’s that taste like?” Oh wait, allow me to enlighten you with some fancy stuff to make me sound smart. “Anthropophagy” is a ten-dollar word originating from some Greek squiggly things meaning “human being” and “to eat”. 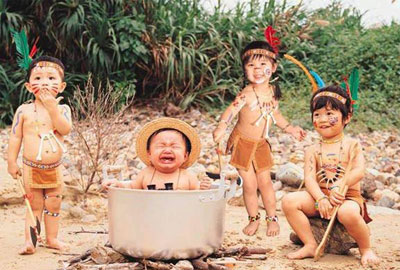 There are essentially two forms of cannibalism according to some guy sitting alone in a room making sh*t up. The first is “Endocannibalism” meaning you get to eat your dead grandmother or that ex-best friend from the other cave that bonked your girlfriend last week with his big fleshly club while you were working late chasing saber tooth tigers and giant bugs. The second form is “Exocannibalism”, a term meaning that you can dine on those prehistoric border jumpers from other tribes who get all the free leaves, dinosaur eggs, and all of the wheel construction jobs because they will do it for two sticks instead of three. It’s always those foreigners from other tribes!

Fast forward in your time machine to 1993 because I am not drunk enough to cite you an entire history of cannibalism within this article. If you want that, go Google yourself because I am not your f*cking teacher! In that year we meet Jane Lynne Woodry. That would be 1993 if you forgot already because you have ADD or early stages of that disease you get from aluminum foil and raw cookie dough that was named after that German guy from Hogan’s Heroes. 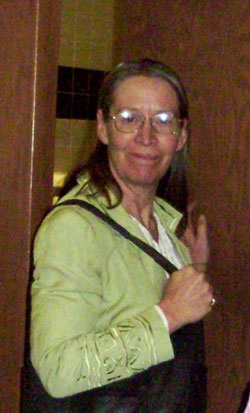 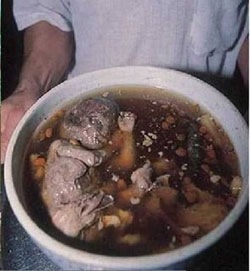 Like most middle-aged “modern” women in the dating arena, Jane grew impatient and bored with the same old routine that was her relationship. She could only stand so much forgetful impulse bought mass produced holiday thoughtlessness, aromatic flesh bouquets of sweaty ball cheese and cheap after shave, and lest we forget premature ejaculation. Well that same day Jane felt a deeply instinctive archetypal connection to those Neanderthal knuckle draggers of bygone days. She looked at her boyfriend Peter Green as he watched ESPN and farted on the couch and Jane then thought, “what’s that taste like?” That would be Peter Green, not his fart. Jane proceeded to shoot Peter four times with a .25-calibur revolver, dismember his body, and from his ankles up carved the flesh from his legs with the enthusiasm of a kosher butcher on a busy Saturday. 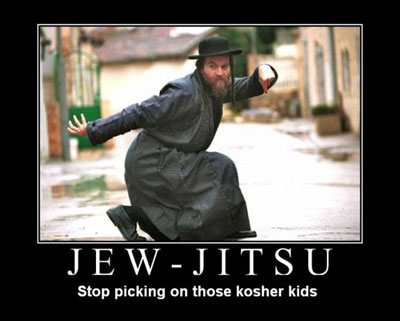 Like any normal American female on a budget, Jane decided to cannibalize Mr. Peter Green into Mr. Peter Blood, Guts, and tasty Spleen. Jane not being a greedy woman took only the parts of Peter that she could use, putting his torso in the closet and tossing his head into a “remote area”. At least she was acting socially responsible like a tree hugging peace loving I love the world hippy being green with the environment. Get it, “green” with the environment, Peter Green? Never mind. 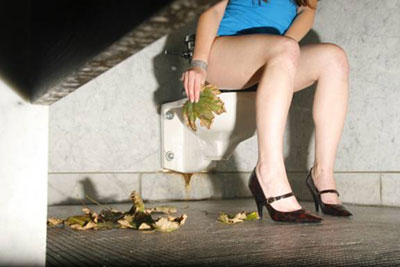 A month later a “tip” to the sheriffs department led police to Jane where they found pieces of Peter Piper pickled pepper parts in pots. Say that ten times! Jane was of course arrested and experienced the wrath of an efficient judicial system of just punishment. That sarcasm means she was found not guilty by reason of insanity. I am going to have to remember that for future reference, not that I am planning on ever doing anything premeditated involving torture, murder, and necrowhatever. I pinky swear!

Well fast-forward again to this year because I have my own beef stew brewing in my belly that requires my full attention and if it comes out green I may schedule a doctors appointment. Over the years Jane has been allowed a fair amount of freedom despite the nature of her appetite. She has off campus housing, lots of drugs, gets to work PARTS time, and has weekly visits from therapists who bring her finger cookies and tea. The state mental hospital in Pueblo has asked a judge to grant Jane even more freedom but what that actually implies remains to be digested.

So my dear readers what is the moral of this story? I suppose it is the same one that applies to any murder, besides not getting caught. It tells me that it there’s nothing finer than eating Peter in your diner. It’s ok to be a cannibal these days as long as you are an ugly insane chick who wears green polyester (strange coincidence in the above picture?).

More lessons from this story may be to not go green as recycling body parts leaves evidence. Screw the environment; what did it ever do for you besides give liberals and hippies something to complain about. When making beef stew with pickled Peters, make sure it has been circumcised or it will be too chewy. Always claim insanity because it gets you all the best grade drugs. If you are going to date a cannibal at least make sure they are hot and not some old saggy hag because everyone wants to get eaten by a hot chick!

That’s it for today folks because I really got bored with this story and I was too lazy to start a new one.