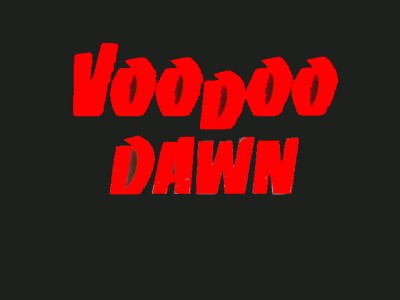 “A group of immigrant Haitian farm workers try to fight off an evil Haitian voodoo priest who tries to kill them and use their body parts to make up a zombie army.” (courtesy IMDB)

1998 saw the release of a film called Voodoo Dawn (1998), starring Michael Madsen and Rosanna Arquette, a powerful tale of mysticism, revenge and cursed cash set in the swamps of Louisiana. Unfortunately this week’s film, which also happens to be called Voodoo Dawn (1991), was made seven years earlier, and involves students who get caught up in a deadly blood feud between a farming family and a powerful voodoo priest. Sorry to disappoint you like that. 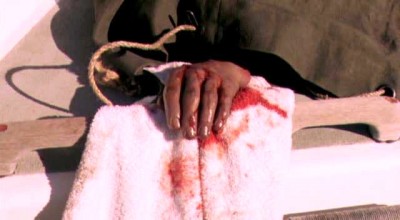 Released with little fanfare, this particular Voodoo Dawn deserves to be watched at least once by serious horror fans. Why? Because it was based on a book by Night Of The Living Dead (1968) co-creator John Russo, who helped make flesh-eating zombies the most enduring fright figures in modern movies, that’s why! No further questions until after the review please. 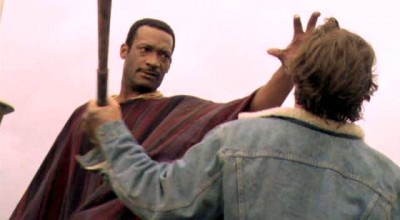 Starring Tony Todd and a dazzling pantheon of virtual nobodies, Voodoo Dawn is a real shocker – in more ways than one. It gets right to the heart of the bottom of the original zombie legend, with a rather eerie look at black magic in the deep South. I hope you’ve dressed for the occasion, with some dense clothing for dense jungle populated by some very dense people, in Voodoo Dawn, which you will quickly discover is more like an old-fashioned living-dead romp in the mode of White Zombie (1931) or I Walked With A Zombie (1943). 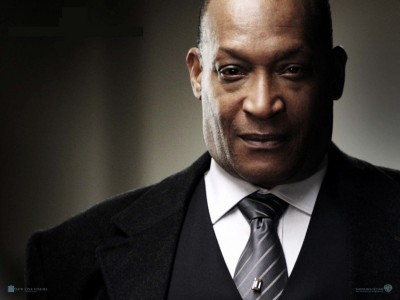 Six-foot-five Tony Todd plays the diabolical, machete-wielding voodoo priest busily turning migrant farm workers into flesh-eating, living-dead slaves. You might remember him as Candyman (1992) or from Star Trek Deep South Nine, or any of his other hundred-and-fifty film and television appearances. More recently he could be spotted in some of the scariest films of the last decade: The Final Destination (2000) franchise, the Hatchet (2006) franchise, The Graves (2002), Them (1996), Splatter (2002), Minotaur (2006), Dark Assassin (2007), Doctor Jekyll And Mister Hyde (2006) and, scariest of all, Pokemon (2010). Despite this, Tony is a very experienced stage actor, and was personally chosen by George Romero to star in the first remake of Night Of The Living Dead (1990), so he’s used to fake blood – he practically revels in it! 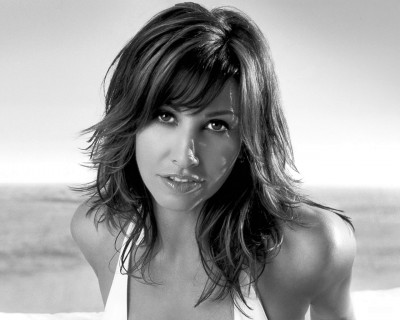 Gina Gershon tries hard to be a spirited romantic interest but, as a migrant field worker, she’s about as convincing as Eva Gabor in Green Acres. Before Voodoo Dawn, Gina appeared as minor characters in Pretty In Pink (1986), Cocktail (1988) and The New Twilight Zone. Since then she could be spotted in over a hundred films from Showgirls (1995) to Face Off (1997), and TV shows including Melrose Place, Just Shoot Me, Curb Your Enthusiasm and Life On Mars. She’s not so easy to spot in Family Guy or American Dad, or as Catwoman in the most recent adaptation of The Batman. 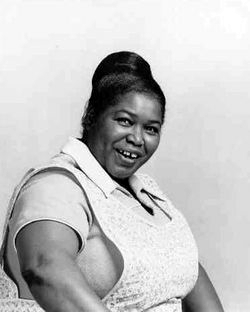 Moody Madame Daslay is played by Theresa Merritt, who had only twenty six minor roles, some of the more interesting titles being The Serpent And The Rainbow (1988), All That Jazz (1979), Billy Madison (1995), and The Wiz (1978), the very first time Michael Jackson appeared as a fire hazard. 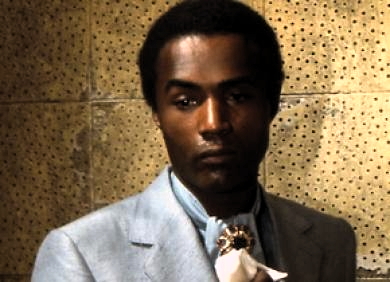 Raymond St. Jacques puts in a commanding performance as Claude. This was the last film for the veteran actor and director whose many roles included ‘Coffin’ Ed Johnson, the cop created by author Chester Himes, or you might recognise him from The Pawnbroker (1964), The Green Berets (1968), Cotton Comes To Harlem (1970), and too many other sixties films to list without becoming incredibly boring. One other actor worthy of note is Grant Albrecht who plays Tony. Voodoo Dawn was his first film, and he seems to have spent the rest of his career trapped inside video games. He’s voiced characters for Command And Conquer, The Battle For Dune, Call Of Duty, Doom III, Everquest, Metal Gear Solid, Prince Of Persia, Destroy All Humans, and about fifty other games gathering dust behind your television at home. 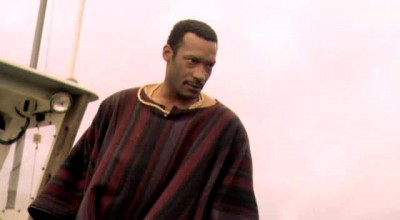 Voodoo Dawn was the first and last feature to be directed by cinematographer Steven Fierberg, who shows discipline and restraint in a genre not renown for either. He’s better known for filming the TV show Entourage, the Nightmare On Elm Street (1984) franchise, Secretary (2002), Love And Other Drugs (2010), Scenes From A Class Struggle In Beverly Hills (1989), and Am I Normal? A Film About Male Puberty (1979).

See what happens when you don’t check tourist warnings before going on holiday? Mind you, the words ‘dismemberment’ and ‘zombies’ are not to be found in Lonely Planet guides – I know, I’ve looked. Author John Russo has managed to mix the Frankenstein legend of spare body parts with traditional old-style non-flesh-eating zombies. If he incorporated blood-sucking lycanthrope ninja pirates from outer space, he might have actually had a hit on his hands, instead of this slow-moving sludge. And it’s on that rather silly note I’ll bid you a good night and look forward to doing the zombie stomp with you again next week when I have the opportunity to lay at your feet another dead bird from the dodgy chicken shop known as Hollywood for…Horror News! Toodles!