While it seems in today’s society that we are easily offended by individuals who act outside of social norms, we seem to have a high tolerance for these same people in popular culture. Television shows like Family Guy, South Park and The Simpsons are filled with foul-mouthed, perverted, abusive and otherwise crude characters whom we’d separate ourselves from or even call the cops on in real life. Could you imagine if a real life equivalent of Glen Quagmire or old man Herbert was your next-door neighbor? It’s unclear why we enjoy these type of characters so much, but it seems that companies will keep producing them as long as we still enjoy them.

The same thing holds true for video game characters as well. Of course, you expect video game villains to be evil, but even some video game protagonists can be cruel in their own ways. Video games are filled with less than honorable main characters, and some are just outright nasty such as ones you may find in the Grand Theft Auto franchise. The newly released Catherine features a main character named Vincent Brooks. Vincent is a classic example of a tragic hero i.e. a story’s main protagonist who is presented with some flaws and some challenges he must overcome in order to redeem himself. It seems Vincent has been dating his girlfriend Katherine for a long time now. Katherine is ready to settle down and get married, but Vincent is reluctant to tie the knot. Upon hearing the news, Vincent gets drunk at his favorite bar, but unfortunately, he wakes up in bed with another woman. Now, Vincent must decide whom he wants to continue seeing while overcoming other obstacles such as horrible nightmares in which Vincent must climb to the top of massive towers to continue living.

At times, it can be hard to cheer Vincent on when you consider his infidelity, and that’s just how a lot of other video game heroes are when you stop and think about it. Pac-Man is a glutton, Mario does shrooms and kills weak creatures, Pokemon trainers trap animals against their will and force them to fight one another and don’t even get me started on Kirby. Still, there are video game protagonists that have few flaws, and they can even be viewed as role models in the industry. Here are my top 5:

Little Sister: The little sister makes the list simply for her positive attitude. Living in the messed up world of Rapture would be enough to drive anyone insane, and, in fact, that’s just what has happened to nearly all of the residents of Rapture. But with all the chaos surrounding the little sister, she continues to see the world in a positive light and continues to love her “daddy” even though he’s a soulless, mindless killer. The little sister are even nice enough to call corpses “angels” despite the fact they do not resemble an angel in any way. Also, if you get the true ending of Bioshock 2, you will learn that the original little sister Eleanor will turn out to be a lawful and honorable woman.

Ms. Pac-Man: Sure, like her husband, Ms. Pac-Man is a glutton, but in a world where skinny figures and anorexic thoughts are shoved down young girls’ throats, Ms. Pac-Man is just the kind of role model girls need. Not only is Ms. Pac-Man every bit as powerful as Pac-Man, but her game is actually more fun to play.

In addition to being better to her counterpart, Ms Pac-Man also looks damn good while doing so. Ms. Pac-Man doesn’t have the classic Barbie body, but maybe that’s a good thing. Despite her round-shaped body, I dare you to find one straight guy that wouldn’t let her play with their power pellet. 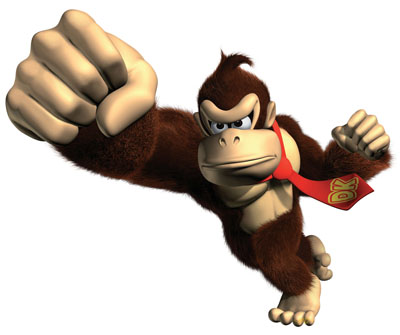 Donkey Kong: Here is your classic turn-around story. In his early years, Donkey Kong was a savage gorilla who went around stealing Mario’s women and throwing barrels at the poor plumber when he tried to get them back. Donkey Kong began transforming around the time little Donkey Kong Jr. was born however. Donkey Kong learned to, somewhat, control his rage, and he even began mentoring local children like Diddy his nephew and Dixie Kong. Donkey Kong also began contributing to his local community by helping the elderly, making “clean” rap videos and resisting the temptations of the jungle slut Candy.

Although beating on crocodiles, beavers and wasps aren’t stand up behavior, these mishaps can be overlooked especially when you consider that they kinda deserve it, and he could do a lot worse than hitting them on the head.

Aerith was born an Ancient, rather than human, and therefore never had a normal life. Aerith was kept under constant surveillance and was often experimented on while growing up. Aerith’s real mother died when she was very young. Aerith even managed to hold down a steady boyfriend, Zach Fair, while all of this was going on around her. Zach later died when he was labeled an enemy of the Shinra army. Even with all these things working against her, Aerith kept a positive attitude throughout her short life. Aerith sacrificed herself to save the planet in a scene that will be forever remembered in video game lore. So, yeah she may have killed a few guards and animals with her powerful magic along the way, but I think she can be forgiven after all the sacrifices she made for others in her lifetime. 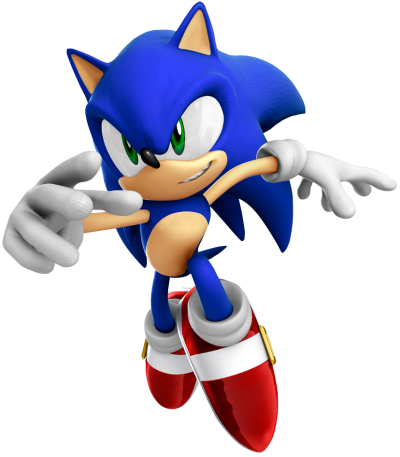 Sonic is everybody’s favorite little, blue hedgehog. Part of the reason is because he’s the world’s only little, blue hedgehog, but Sonic is also a great guy. Sonic spends his days destroying Dr. Robotnik’s evil, major pollutant causing machines and freeing animals captured by the evil Egghead. Sure, Sonic is well-paid for his work (ever wonder why his gold rings disappear at the end of stages, but he always has a new pair of shoes on?), but you have to admire his work ethic. Plus, no one has ever taken such a big hit in popularity in the video game industry like Sonic, but he has remained resilient through it all. With the release of Sonic Generations in November, Sonic is looking to take back the immense popularity he received in the early 90’s.