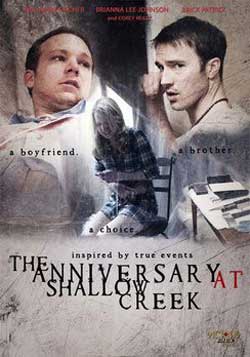 All American med student Sam has planned an intimate getaway surprise for his girlfriend Paige, until Sam’s best friend, Paige’s brother Anthony, invites himself and their three other best friends along. The carefree group of twenty-something’s arrive at the remote, picturesque home of Sam’s uncle, unaware they have walked into a trap. They will spend the night in a fight for their lives, where everyone’s strength, stamina, and bonds will be tested.

Best line: “I did not come on vacation to die.”
Worst line: “You’re not from around here, are you?”

“I embraced them. I gazed at those which had the most beautiful heads and the loveliest eye. I caused their bodies to be cruelly opened and was delighted to see them dying…These crimes I committed solely for my evil pleasure and evil delight, to no other end or with no other intention. Only in accordance with my imagination…”
-Gilles de Rais (First convicted serial killer, France 1440)

And with that quote (and a double murder by a serial killer who looks like a member of the incendiary dance crew Jabberwockies) Anniversary at Shallow Creek, the next entry in the long line of movies that utilize the formulaic approach to storytelling begins. The formula: college kids + vacation + alcohol + sadistic murderer = carnage. The monkey wrench in this one? Our serial killer is a sniper.

While the sniper angle is interesting, it really is just every other slasher film you’ve seen but wearing a different dress. That’s ok though. This leaves you with the fun opportunity to attempt to predict the order in which the cast will meet their demise and that’s always a good time. I totally nailed the first three. Then the last third of the film happened and I was caught completely unaware.

Two thirds of the way through, it turns from a predictable, serial killer film to something more psychologically disturbing, something that demanded to be taken seriously. It’s these kinds of demented twists that keep me watching horror films. Though the twists themselves weren’t entirely original, their placement in the story was, and didn’t do anything to mess up the continuity. In fact, it helped to make me realize that the story of the college kids wasn’t the story that was being told at all, and that was cool.

The production value was slightly less than average and there was nothing to the script that was anything special, but the acting was ok, and, like I said, the twist was intriguing. An interesting bit of trivia is that Eric Mark Fischer, the producer, writer and star of the film, used to be a pitcher for the Chicago White Sox and the Minnesota Twins. You don’t see that every day. A pro athlete who has turned his interests towards movie making is nifty, and he does a good job. In fact, all the actors seem to have an air about them that says they should be in movies.

The quote that began the film didn’t seem to make much sense in the context of the film until after you are done watching it. All by itself it is a revealing look into the psyche of deranged people with murderous intent, but until the end of the film, didn’t seem to have much relevance. I’ve always maintained that all the paranormal scary stuff in the world isn’t as horrifying as a single bad person with malicious intent and ultimately, that‘s what makes Anniversary at Shallow Creek an interesting horror film to watch.