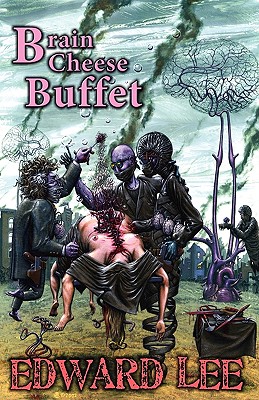 “Their philosophy was societal and rather militant in its feministic design. Never mind that they were f*cked up in the head: abused, malnurished and locked in closets as children, maladapted via unbridled drug and alcoholuse and hence damaged certain critical brain receptors, and, in general, rife with a plethora of environmentally causated personality disorders and biogenic amine imbalances. They aw themselves instead as philosophers of the new dark age of sexual terror, chameleon siren songs of the nihilistic 90’s. They did not perceive men, for instance, as individuals but as a cyclic and conspiratorial consortium bent on the total subjugation, exploitation and sexual abuse of womanhood. They were pioneers of a sort, social guerillas. Their manifesto was thus: since the beginning of civilization, man had freely and unconscionably exploited women. It was high time, therefore, that someone starting exploiting them back.”

-from “The Wrong Guy”

Say it with me: Ed Mother Fucking Lee. Someone may have decided that Edward looks more professional, but we all know there’s no other way to speak of the man. He’s built a career on the backs of rednecks, cornholin’, epic violence and a profound use of the term “peckersnot”. Now, the nice folks at Eraserhead Press’s Deadite imprint have gifted us with this collection of Ed’s classic short works, many of which still hold up quite well.

To be honest, the more notorious stories, such as “The McCrath Model SS40-C, Series S” and “The Dritiphilist” fell pretty flat on me. About a doctor forced to perform inventive and radical surgeries at the behest of a twisted gangster and a man obsessed with eating snot, respectively, they personify everything that detractors hold against Lee. This is the man at his simplest, writing purely to gross out by throwing as many sick images at the reader as possible and it kinda bores me. The same goes with “The Baby”, though that one did have a moment (involving a blowjob and a baby, if you must know) that was successful in hitting my gag button.

Then there are stories like “Mr. Torso”, which show him at his best. Sure, it’s about a redneck who cuts the arms and legs off of hookers to turn them into baby factories and the detective trying to hunt him down, but there’s more than that going on. Not only does it explore the value of an purely philosophical and logical life, but it also presents us with a “villain” committing atrocious acts for what he honestly believes to be the greater good for both society and his victims. Plus, it’s got all the sex, violence, over the top redneck dialog and peckersnot a guy could ask for. No wonder it was nominated for a stoker. “Grub Girl in the Prison of Dead Women” is another one that struck me: a look into a possible future through the eyes of an undead prostitute that seethes with rage at the bigotry, hypocrisy and abuses of the republican resurgence of the late 90’s and early 2000’s.

If you’re a fan of Lee’s older, more extreme work who didn’t manage to get any of these stories upon their original releases, you definitely want this and may already have it. If not, but you’re curious about the roots of the hardcore movement or you’re interested in checking out some of that earlier work without having to sell a child for a copy of Header or The Bighead, the price is certainly reasonable and you’ll find some tasty treats. Anyone else shouldn’t go into this expecting intricate characterization or much of an emotional core, but you will find sharp, quick stories that carry an amusing sense of wit and are sure to test the strength of your stomach at times.