When I came upon the DVD Dark Chamber, not literally of course even though the cover did make my “crotchal” area stir, my hopes rose to a nice lumpy spot in my pants. Yeah that’s right, you know what Willis is talking about!

Judging a book by its cover, which is what I usually do because I am vain, judgmental, narrow minded, and have the attention span of a twelve year old forgetting his daily Ritalin dose, the film Dark Chamber offered some promising hope. Let’s begin with the cover bearing the image of some naked hot chick with a bleeding inverted pentagram carved into her back!

There ain’t nothing sexier than carved Satanic symbols in the flesh of chicks let me tell you. Well maybe I could think of sexier things but that’s not really the point I am making. Then we see that Felissa Rose stars in the film. She plays basically a slut pretending to be a massage therapist, which is exactly how I prefer my massage therapists anyway.

Add in a little tag that the film was “inspired by the TRUE STORY (their caps) of the SAY YOU LOVE SATAN KILLER (their caps again) and Dark Chamber and Shock-O-Rama got my cash which then prevented me from hiring a slut massage therapist to alleviate the crotchal tension I was experiencing in my well…crotchal area. 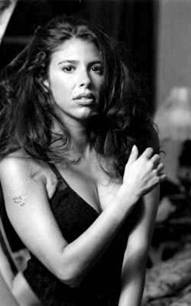 As I always f*cking have to do, allow me to sum up the plot of the film. Some queer dude forgoes his Oedipal complex and leaves his mom to move back in with his abusive cop dad who owns a bunch of welfare apartments. The dude (not the cop) gets stalked by some shorthaired lesbian looking Satanist because he decided that his Christian values were more important than f*cking some shorthaired lesbian looking Satanist that he just met. She may have been that “little red head girl” from Charlie Brown after she grew up and divorced him after catching him doing something unnatural with Snoopy and that yellow bird involving peanut butter, tongs, and his anal cavity. That always turns chicks to Satan…and to “catching gay” I hear.

She turns up dead (not Charlie Brown’s ex-wife) not because she looked like a shorthaired lesbian Satanist but because of his crooked father, and now he (the Christian dude) is obsessed with finding the killer. Alongside his three friends, one who just may have been gay, but not a shorthaired lesbian Satanist, set up video surveillance in all of the apartments so to find the killer. Blah, blah, blah we get a lot of wasted time and plot digression masked as character development and “Hitchcock like” suspense. Yet in reality the film just suspended the now tense Hitchcock in my pants because by now I wanted to see naked chicks with carved pentagrams in their flesh.

Oh right, I forgot to mention that everyone thinks that the murder was committed by a local Satanic group known as the Black Circle Cult who apparently named their group after all of the dark circles beneath their eyes because they were way cool dark souls who didn’t sleep much. 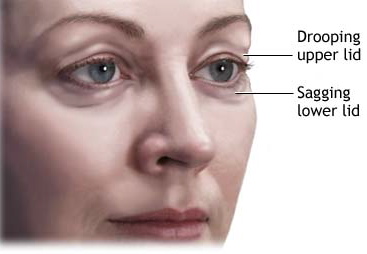 In the film, we are then led to believe that the Black Circle Cult were nothing but a bunch of douche bag underage drunk teens, one bearing an inverted pentagram on his palm like some retarded Richard Ramirez wannabe. They get arrested for the crime, but there is yet another mystery cult member. Blah, blah, blah more sh*t happens and we find out that the cult killings were really the Bible thumping dudes father and another blackmailed cop. Sorry, should I have mentioned spoilers? Fuck it you loose. 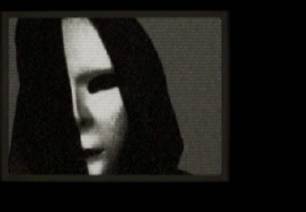 Ok this is starting to be like a review and that pisses me off because I f*cking hate reviews. Watch the film yourself and stop needing other people to tell you if a film is worth watching or not!

Let’s examine the occult within Dark Chamber shall we? That is the point of the column right? The DVD has extras that talk about the “Say you love Satan” criminal case alleged to have inspired the film. What the f*ck is “Say you love Satan” you may be asking, unless you pay attention to serial killer crap or were witness to the whole 1980’s Satanic panic propaganda. Personally I think most serial killer fascination and murderbilia collecting tells that you have a latent obsession with homoeroticism, want to f*ck you mother (or dad), and find personal power in identifying with violence and killers to mask your own inept insecurities and sexual failures. What the f*ck do I know right? I ain’t no Dr. Phil but then again he ain’t no doctor either! 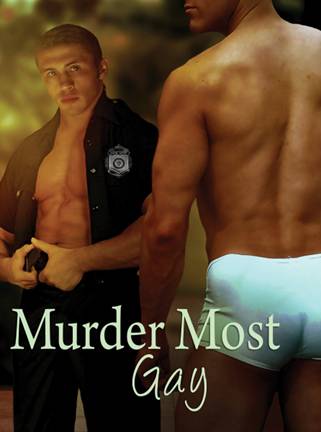 As for the “Satanic Panic” of the 1980’s, I experienced it directly and now that dates me right? Well it doesn’t date me as much as it f*cked me in the ass by getting me thrown in the back of a lot of police cars and on some FBI lists as a known Satanist with Neo Nazi ties. Yeah I was locally (in)famous but I digress. 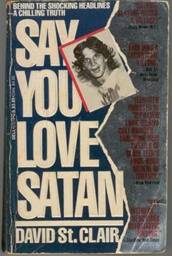 The “Say You Love Satan” thing was the 1984 case of Ricky “the acid king” Kasso who murdered his friend Gary Lauwers in the woods and as he did he allegedly kept demanding that Lauwers “say you love Satan”. Kasso stabbed Lauwers somewhere between 17-36 times, burned him, and gouged out his eyes. 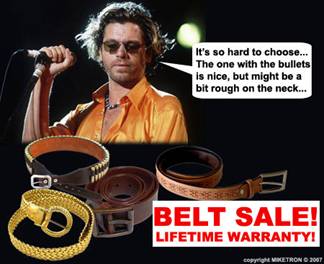 There really was nothing to do with actual Satanism with Kasso or the murder. It was nothing but a drug deal gone bad and the various unstable impressionable psyches caught up in associating the occult with listening to heavy metal music and getting f*cked up on drugs. It was typical propaganda of the era of course. Luckily Kasso just hung himself while in jail and saved the taxpayers money.

What the f*ck is a “Black Circle” you also may be asking? Well at first it sounds like some kind of Oprah black history homosexual thing. 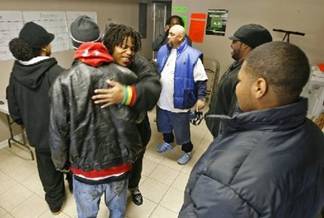 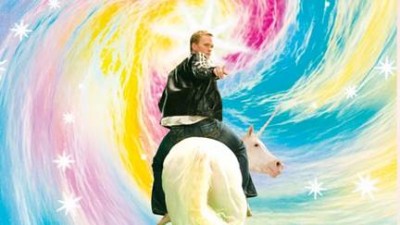 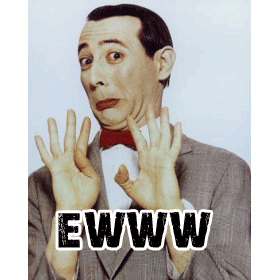 As for the “Black Circle Cult” within the film, it’s supposed to be based on the “Knights of the Black Circle” that Kasso was alleged to have been involved with. 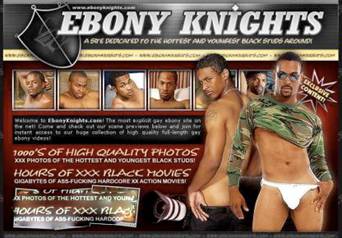 It seems Kasso liked to dabble in a little bit of the Satanic chocolate love. Wait, I am getting confused perhaps. I always seem to mix up giant naked black man sex with guys who wear tight leather pants, lipstick, and tightly grasp large axes like a subconscious Satan dong. That confusion happens a lot when I mix booze with corn dogs. In my opinion, and that’s all that counts here because I am the one writing, I say that it was the media that invented the whole “black circle” concept to feed fear. Every retarded middle class male who couldn’t get laid, got beat up by the jocks, and wanted to rebel were force-fed the formula of a Satanic order. These fools created makeshift altars in their bedrooms out of cardboard, purchased the Satanic Bible with their lunch money, scratched Ozzy records backwards, and scribbled imperfect geometric stars on everything. Then they perceived themselves as alpha male elitist individuals even if they borrowed their sister’s hair straightener and eyeliner. 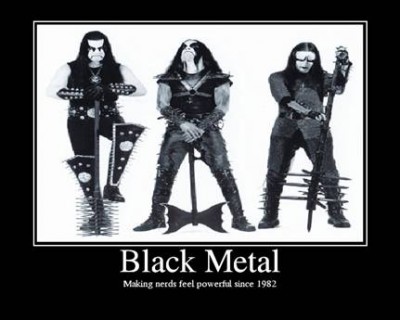 Within Europe, Norway more specifically, the Black Circle manifested within the early black metal culture by a bunch of kids whose names sounded like Helen Keller randomly hit a typewriter after her lesbian affair with Anne Sullivan (look it up f*ckers!). These angry Euro trash teens committed all form of crime from church burnings, sniffing bags of road kill, to admitting they were gay for each other’s large weapon collection. They liked to kill each other also but that may have had something to do with all those circle jerks. 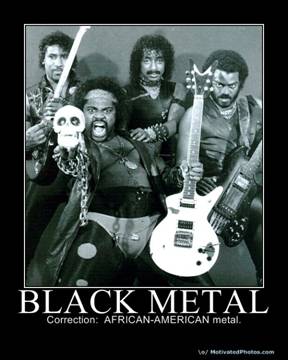 It has been alleged that a “Black Metal Inner Circle” existed though, especially by that dude Øystein Aarseth, a guy in Norway greatly responsible for the Norwegian black metal scene whose name sounds like a poisonous Oyster bar. It’s ok, because he was murdered by another black metal dude named Varg Vikernes, a guy whose name sounds like a someone from Star Wars gagging (on those large phallic swords). Wow, what the f*ck does all of this have to do with the occult aspects of the film Dark Chamber? I cannot remember at this point but I am sure it does somewhere in the rant. Oh right I remember now! Is there actual occultism or “Satanic” doctrine within its cinematic representation? Nope! See? That was simple! If anything it is another cinematic misrepresentation of typical anti-occult propaganda but like always, well maybe like sometimes, makes good viewing.
So where does that leave this edition of Esoterror Sinema? It leaves us at the scary evil ass end of Satan’s drippy rectum.

WAIT! That’s just WRONG and allow me again to say,