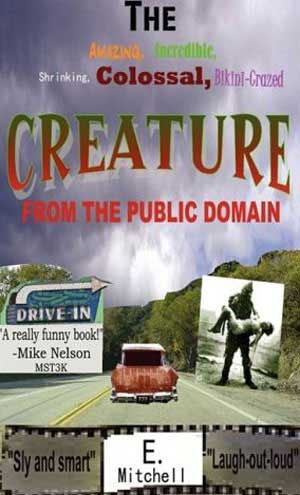 ”I am a man of science. To bore you with the tales of hedonism I have witnessed firsthand, the besotted days amidst the worlds most pulsating pleasure pastorals would be a precious waste of CO2, or, in layman’s terms: breath. The detailed minutiae of my scientific research beckons!”

Do you love 50’s sci-fi/horror monster movies? Do you REALLY love them? When you hear “Play Misty for me,” is the first image to pop into your mind one of a guy marooned in space with a few wisecracking robots watching “Manos”? If so, then E. Mitchell has a bit of a treat for you with a title that is too friggin long to bother mentioning again (lets just call it “Urp” from now on, shall we).

Yes, there’s nothing new here but that isn’t what Mitchell is aiming for anyways. This is a work that is clearly aimed at people who have an inordinate amount of affection for the type of movies mentioned above. Whether you first encountered them while fumbling your way through puberty in the back seat of your dad’s Corvair, sneaking downstairs to watch the local Uncle Creepy’s Creature feature with the volume turned down to sub canine levels to avoid incurring parental wrath or watching MST3K on Comedy Central at 9am on a weekend, this is his love letter to you.

In fact, going back to the lack of provocation of thought, it is precisely his willingness to not take the source material overly seriously that gives the book most of its charm. None of us really kid ourselves into believing that these films are high art, even those of us who have written voluminous defenses of their social, psychological and historical importance. They were made to exploit teens right out of their money by showing them some crazy ass, often incredibly silly, sh*t and this book is chock full of similarly insane, silly sh*t.

On the flip side, we can take the jibes and jabs because it is obvious that he is one of us. After all, who in their right mind would know this much about a genre they didn’t love. Especially one this silly.

When you get down to it, Urp is a lean, mean machine tearing down the tracks of our nostalgia with the rag-top down, munching on cheeseburgers and French fries, hootin’ and hollerin’ the whole damn way. Just be sure to get yerself a tasty treat from our refreshment stand and enjoy the show. 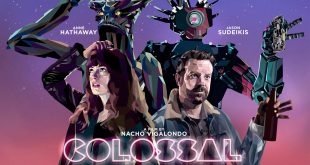