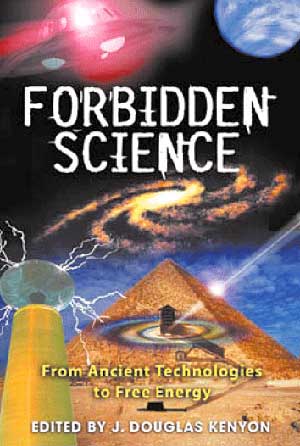 Forbidden Science is a dangerous book. And by dangerous I mean that in a sense of awakening. Too many times we get caught up in the fantastic only to have it squashed under reasons and scientific drabble. Though the question and purpose here is to debunk the debunkers Is there a ulterior motive to there actions? Is there a greater cover up that covers up the cover ups? Do we take everything as its presented and assume it the “way”?

Kenyon is such an author who is tired of all the misdirection and covet agendas. As they say in the X-files series…the truth is out there.

What if everything you know was just the process of being processed? I indulge in open thinking to here what both signs of the coin have to say. To dismiss and live as consumers might be good for some info structure but its holding us back from the truths of discovery. This book is a journey into that and all that come switch it.

All sorts of oddities are looked at. Though at the heart of these strange inventions and break thru’s are the areas of fringe science that will define our evolution in the years to come. The more I read,the more the fingers point to those who have made significant discovers and those who work equally as hard to dispel the technologies and crush the momentum.

From a partial stand point it doesn’t make sense. Though as it is often said nature will find a way./ I believe from he pages upon pages of noted break thru’s in this book that the technology will find a way as well. Some of these go into detail for example the studies of gravity and inertia that claim to be able to propel vehicle in the sky by tapping into the zero point grid. Zero pint grid being another term that pops up again and again suggesting that many of our greatest mysteries like within the fields of quantum physics,.

This in summary includes time travel, travels faster than speed of light and a number of other fringe science topics. History proves that discoveries have been made and that the possibilities are out there. The question that comes to the surface often is when and where. Techno invisibility goes into to detail on the research or the invisib8ilty factor. With Japanese creating the invisibility cloak to the more advanced studies that stem from Tesla’s earlier days. What about this study scare Tesla so much that he sabotaged the whole experiment. what other uncovering’s delve into solutions that present larger issues in the long run. Maybe its these issues that have kept us at bay due to fear. “Forbidden science” suggests these point in several different ways.

These is much time devoted to the the debunkers of fringe science. While they are busy discounting the claims and progress made, they are looked at themselves for who they are and what there background is. As the authors explains, it has become almost more essential to the them to stay on there path of thinking that they lose there relationship with the issues themselves. Another question which arises to the surface is what is the purpose? Is there an agenda beneath the agenda and for what reasons.

The book is comprised of sections, each dealing with different unique issues and science subjects. As I read thru, I found it easier to pick those specifically of more interest while saving a few deeper sections for a later time. On such section dealing with the weather, Though more specifically the idea of weather terrorism. If that sounds odd, then you only have to look to recent events and the HAARP project. As we move closer into he new age, bombs are only one source of threat. Others reside in new ideas like controlling or sabotaging weather in sectors for financial gain, politely gain or power. This section may be one of the most shocking in just its theory alone. However it does make you wonder at what elements are being shoved for reasons unknown to us.

Forbidden Science is chock full of fringe interest and revealing fact about the nature of our history, culture and things to come. Readers will not only giant new insight but provide themselves with a new arsenal of intellectual weaponry when it comes to being in touch with things of this age. I highly enjoyed its materiel and hope to see many more of these typed books surfacing. 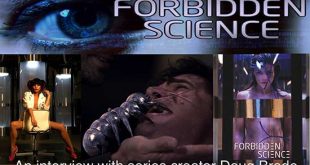